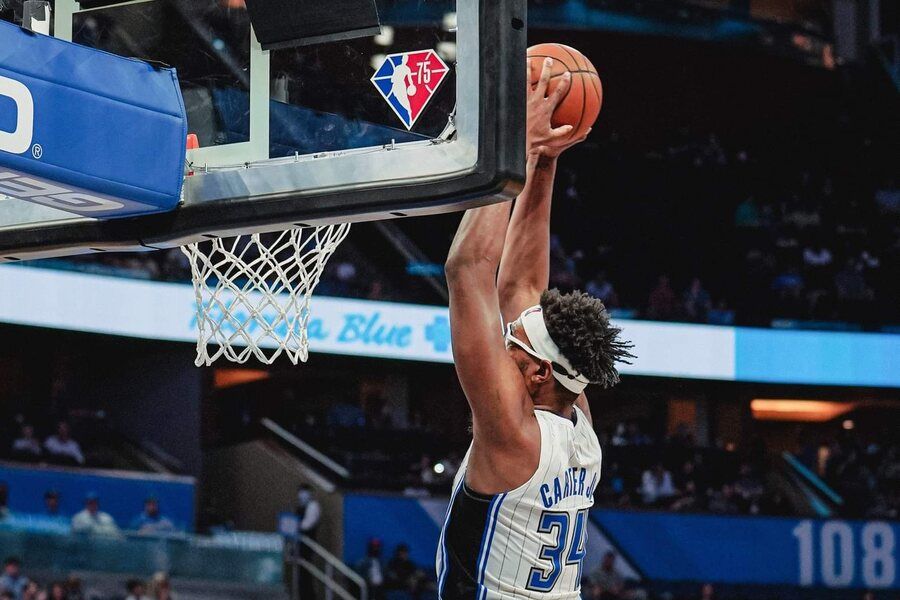 The NBA season is going to wrap up soon, however, for some teams, the season seems to be already done with no hope to make the Play-in tournament. Most of the time, these are the teams that set a horrible tone to begin the season and are usually in the “rebuild mode”. There can be times when these teams can surprise a few elite teams but mostly they are getting blown out, even if they are playing at their home floor. Keeping that in mind, let us jump into the match-up of two such teams in Orlando Magic and Sacramento Kings.

The fact that Magic has been unable to get going all season is barely a surprise. The team is in the aforementioned rebuild magic, lacks a star player to build around and the management is gauging what directions and changes they will need to make during the offseason. Magic has not even won three games in a row once this season and this clearly implies that the team is a long way away from even the Play-in tournament. Whether it is the home floor or away from home, the team has only known struggles this season. Still, there is a huge promise shown by Wendell Carter Jr., who is steadily developing into a solid defender, a premier rebounder, and also has expanded his offensive game. Rookie Franz Wagner has had some pretty shooting outings but he has a lot of work to do. The backcourt of Anthony and Suggs also have a long way to go while Mo Bamba despite a serviceable production has not become a high-yielding offensive game. The next draft will be huge for this squad.

Kings keep on failing their fans

This is most probably going to be another season where the Kings will fall short of the Playoffs. Despite the introduction of the Play-in tournament last season, which allows entry to the ninth and tenth ranked teams as well, the position of the Kings refuses to change. The management made a panic trade to bring Domantas Sabonis in exchange for Tyrese Haliburton, a move that meant the compromise on the future to bolster the present scene, but the move didn’t pay off. It seems like no move or draft pick pays off for this squad that keeps on sliding with each season. Wouldn’t this increase the chance of De'Aaron Fox looking for a change of scenery in his prime as the management has still not found a suitable roster around him? The Kings' defense has been again one of the worst in the league, way deep into the season, they have still not found a workable combination. Will it be the same again: Reset the roster, change the coach, reset the roster…..

Points Range: The Magic has not been a stellar offensive or defensive squad but their defense has at least improved in the recent window. On the home floor, they have had some more than decent defensive performances and that is due to the sturdy frontline of Bamba and Carter Jr. For the Kings, Sabonis and Fox are going to be out here so their offense will have to rely upon bench players for the most parts as if it was doing any better even with those two present in the scene. Against an improved defense of Magic, the virtually second-string squad of Kings can struggle. It isn’t like the Magic themselves have a workable offense during most nights. So, the points range can be 200-210 here.

Prediction: Magic has improved leaps and bounds compared to the first half of the season. Losing to a short-handed Thunder must hurt but the team didn’t have Wendell Carter during that game and he is likely to return here, this certainly signifies a lack of depth. On the other hand, the Kings have themselves struggled to notch wins. I believe the Magic defense will pull through here and they win 109:99 here.