Content
To top
1.
Orlando is improving in all aspects
2.
Atlanta still on the verge of not even making the playoffs
3.
Injured reserve
4.
Head-to-head encounters
5.
Expert Betting Tips
6.
Betting options
Users' Choice
12 200 USD

Orlando vs Atlanta: the Hawks are motivated enough to win the 2nd match in a row 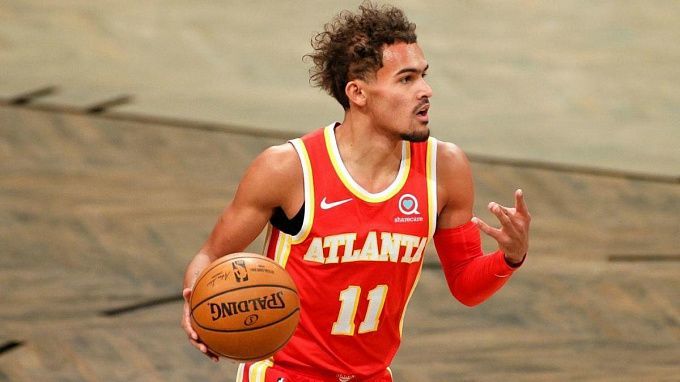 Teams from the Eastern Conference will meet in one of the NBA matches. The Orlando Magic will take on the Atlanta Hawks at home. Who will be stronger? We'll pick a few options to bet on.

Orlando is improving in all aspects

The previous away game against Denver showed that Jamahl Mosley's team is on the right track. Orlando was losing to the Nuggets, who have been in good form lately, for the entire game. Denver had a 20-point lead going into the third quarter. In the fourth quarter the Magic, however, went into an ultra-mode on offense and ended up with 41 points and even though they lost by 10, they clearly aggravated one of the top teams in the Western Conference. 111-121, and 20 year old forward Franz Wagner was the most productive player for Orlando with 26 points. Wendell Carter contributed 25 points and 12 rebounds. Center Mo Bamba had a bad game – he played only 11 minutes and finished the game with the usage rate of -12. The experienced Terence Ross also flunked – minus 15 of the USG in nearly 20 minutes.

Orlando has a total of 13 wins and 46 losses. The team from Florida sits in penultimate 14th place in the Eastern Conference standings.

Atlanta still on the verge of not even making the playoffs

It's important for Nate McMillan's team to win as often as possible right now. Atlanta has had an uneven first half of the championship and as a result, with a 27-30 balance, is still only in 10th place in the Eastern Conference standings. One win behind the Hawks is Washington. The New York Knicks are two wins behind.

The matchup against Orlando will be back-to-back for Atlanta. The first part of it for the Hawks took place in the home arena and ended with a 124-116 victory over tough Cleveland. The Atlanta point guard Trae Young showed a phenomenal level of scoring with 41 points on 13 of 22 from the game and 9 assists for acceptable 4 losses. With Young's play like that the Hawks have a good chance to climb up the East standings and make the playoffs for the second straight year.

The rivals have already played each other twice this season and exchanged away victories.

Orlando shows better and better basketball by segments of the games, winning more often. But we should not forget that the Magic are a young team, which have difficulties to compete with such highly motivated opponents as Atlanta. Trae Young destroyed Cleveland, the team in the play-off zone, and has no plans to stop there. Against the Magic's defenders, Anthony and Suggs, who are not always good at the arc yet, Trae will be extremely comfortable leading his team to another win.

Prediction: Tournament motivation will help Atlanta win for the second night in a row.