Philadelphia 76ers vs Chicago Bulls: East battle heats up as Sixers take on the Bulls 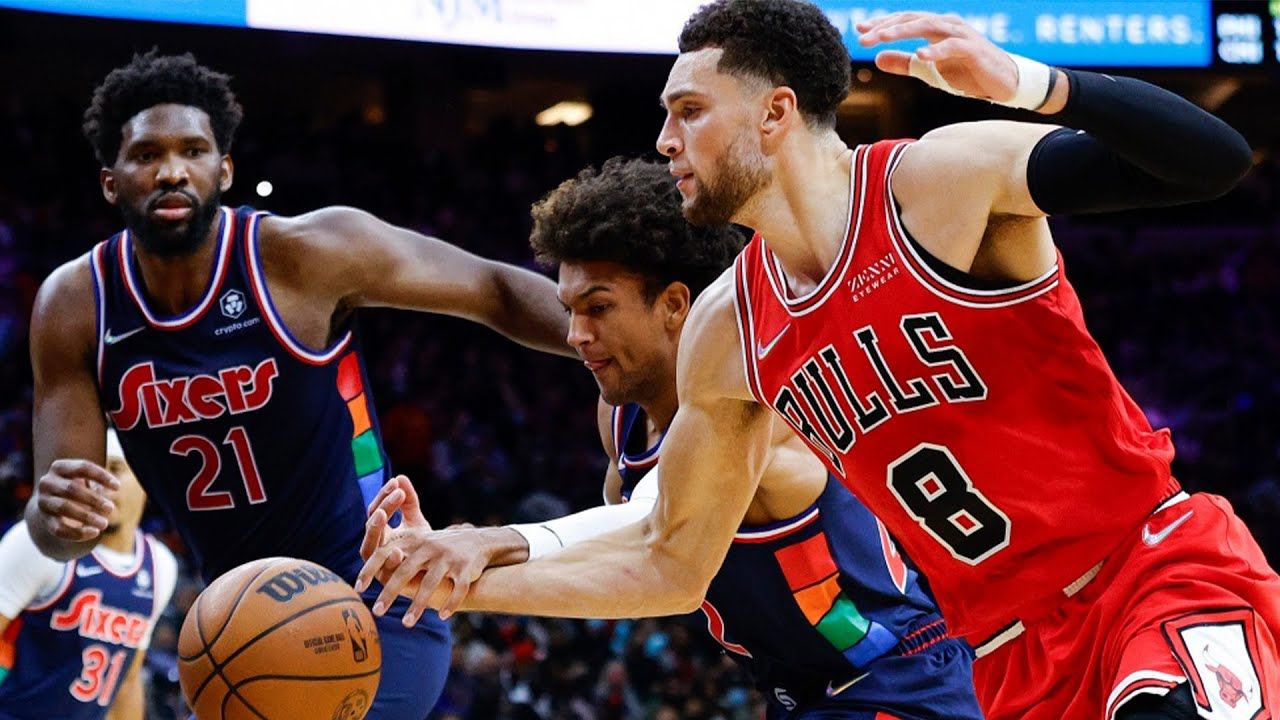 The Eastern Conference looks highly tricky this season and the race to the top keeps becoming more intense by each day. With the way things are going, it is fair to say that we are going to see an increasing intensity because the Playoffs are just inching closer with each day and we are left to contemplate how the seedings play out on a regular basis. The Regular Season has seen squads like Heat, Bulls, Raptors, and Celtics improve compared to last season and one thing is clear, it looks like a trickier situation compared to last season. It is true that squads like Hawks, Knicks, and Nets have surely fallen compared to last season but the teams that are rising this season look formidable compared to the last season. In this game, the Philadelphia 76ers and the Chicago Bulls will clash each other in an intense affair.

The 76ers have been banking on major wins and after acquiring Harden, their main five looks highly intimidating. The team has lodged 39 wins and 24 losses, winning five of their last six games, and currently, sit at the second position in the Conference. While it is true that the team has become a championship contender, the rise of the Celtics, Heat, Bulls along with the defending champions Milwaukee Bucks can end up creating a tough situation for the 76ers. On the other hand, the Chicago Bulls have been playing at a high keel for the most parts but are currently on a four-game losing streak, and in total, they have lodged 39 wins and 25 losses, right now in the fourth place but within the shot for finishing among the top two teams. The team’s balance has been hurt because of the absence of their two Point Guards in the form of Lonzo Ball and Alex Caruso. Can the Bulls scrape one ough against the tough 76ers team? To know my game total and result prediction, chip in to “Expert Betting Tips”. For my player-based statistics prediction, slide over to “Player Props Prediction”.

The 76ers and the Bulls have been hovering around a similar record for many days now. The Sixers have just one fewer loss than the Bulls but let us shift our focus on the overall picture in the Conference. The Bucks and the Celtics also have almost similar win percentages to the Bulls and the 76ers, which indicates that it is an intense Playoffs battle in the East. The Heat has formed a decent distance from other squads and the squad has four more wins and two fewer losses than the second-placed 76ers so it means that it will take a lot to catch up to them at this point. However, the second to sixth place battle is pretty much in the same tangent, so a losing streak and winning streak at this juncture can be decisive with the season done around 80% or so.

Nikola Vucevic is questionable for the game so yes, if he is absent, the Bulls will have their hands full against Joel Embiid. While DeRozan has been on fire for the most parts and LaVine has been a high-yielding scoring option too, and they will go up against Maxey and Harden. Harden is a brilliant scorer and playmaker, continuing to bring a ton of value to the Sixers while Maxey has been as good a scorer as LaVine lately, this match-up is highly intense for many reasons. Tobias Harris provides the Sixers edge at the big Forward position while Mattisse Thybulle brings quality defense while Ayu Dosunmu has gotten the job done. In terms of the bench, both teams have been struggling, for the Bulls, it is due to the absence of Ball and Caruso but Coby White has done a great job. Overall, the Bulls will require Vucevic’s size versus Embiid, and playing away from home, their hands will be full against the likes of Embiid, Harden, Maxey, and Harris.

Points Range: The 76ers offense has been sky-high when James Harden has been the lineup, continuously going past 120 and taking control of the offense early on in the game. On the other hand, the Bulls have scored 108-112 during most of the games recently but before that, they had been lodging 120-125 points on a regular basis but the steam has been a bit off. Defensively, the 76ers have been better on average as the Bulls are missing their premier defenders these days. I believe both teams will score at least 110 points. The total points range seems to be 230-240.

Prediction: As stated above, with Nikola Vucevic’s status up in the air, the 76ers can extract a huge advantage size-wise in the middle. The 76ers have been a tough squad to deal with, especially since James Harden has been in the picture. This is a tough game for the Bulls and they need DeMar to pull off one of those big-time performances, will he? I see a high-scoring battle with the 76ers edging out 124:115.