Philadelphia 76ers vs Golden State Warriors: Can 76ers cook up something special? 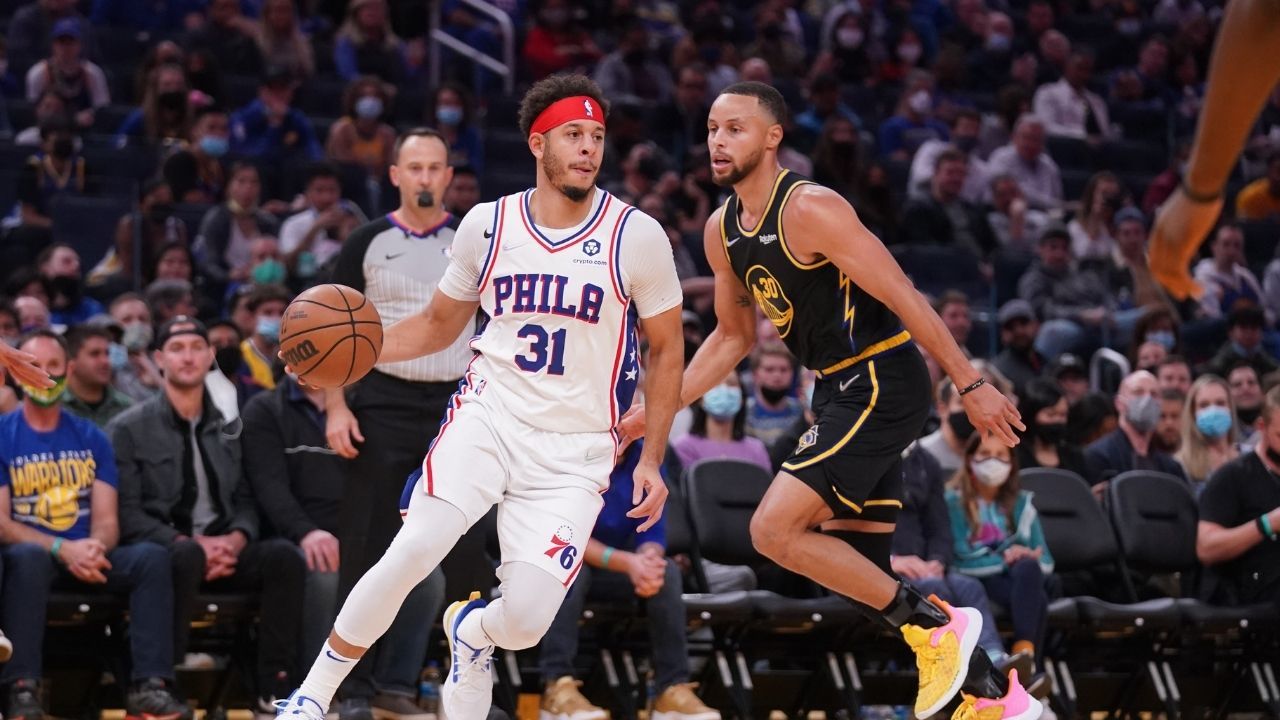 NBA betting can make you roll your eyes as each team plays 82 games and thus there is potential for many upsets and varied score lines. Thus, the betting scenario in the NBA poses a ton of challenges. In another challenging scenario, the Philadelphia 76ers will face the high-scoring Golden State Warriors. Can the 76ers pull off an upset? For a quick look, simply head over to “Notes”. For the discussion on “Total” and “Prediction”, go to the “Expert Betting Tips”.

What jumps out to me when it comes to the Warriors is the presence of two high-octane playmakers in Green and Curry. Green can dish around 7-11 assists regularly, Curry can dish 5-7 regularly, but mostly, the team as a whole makes the right pass while swinging the ball around which makes offense much more easier. Now, we know Curry is one of the best scorers to play the game but Wiggins and Poole are also well-adept at creating their offense and can fetch 15-20 points. Off the bench, Porter, Toscano-Anderson, Payton II, Bjelica, all have stepped up their games at different junctures. Even without Klay Thompson and James Wiseman, the team looks slated for a big season, which makes them all the more formidable when both of them return.

That is why the Warriors have scored in the 110-120 points range regularly this season and even if the Suns held them under 100 and they have scored 104-107 in some games recently, you can bank on their offense to come around. On the defensive end, Draymond Green is one of the best defenders in the league, Wiggins is a pesky presence, Curry can fight through screens while Kevon Looney can hold the middle using his athleticism and length. Off the bench, Otto Porter is also a serviceable defender. That is the reason why the Warriors hold teams usually in the 90-105 points range and that is why they have won so many games.

Unlike the Warriors, the 76ers lack playmaking options. With Ben Simmons out of the picture, the team has trouble getting into offensive sets, and it is usually Joel Embiid setting it up at the post. That is why the team has scored around 88-105 points in most games and finds itself struggling in high-scoring games. One another reason for the recurring offensive slump is the play of Tyrese Maxey, whose scoring range has gone from 20-25 points to 8-13 points. Still, the 76ers have two active scorers in Seth Curry and Tobias Harris, who can combine for 35-40 points regularly. And of course, Joel Embiid can even go as high as 40 points on his day but apart from these three scoring options, bench options like Shake Milton, Furkan Korkmaz, Andre Drummond have been way too unreliable.

The 76ers are a decent defensive team and have held squads to below 100 as well. However, that has been much difficult against elite scoring teams and that is why Jazz and Hornets were able to pile up 115+ points against what is an otherwise tight defense. That is why the 76ers have to fix the offense because in high-scoring games, if it abandons them, they are in a world of trouble. I believe Philly needs a playmaker desperately, and that can be the asking price for Ben Simmons.

Points Range: Now, Warriors have the potential to put up 125 points and can also clamp down on teams to hold them under 100 or so. That is why most of their wins have been blowout wins and despite their scoring range, the overall points range doesn’t touch 230 most of the time. On the other hand, the Sixers team can defend well on their day but against the Warriors, they are going to face a lot of match-up problems. That is why you have to believe that the Warriors can log a 110-120 points range here. I believe the overall total range is 220-230 points here.

Prediction: Of course, the Warriors are the overwhelming favourites during most of the games and this case is no different. I think the Sixers have the potential to be much better and their defense can also be among the elite squads, however, I also believe that they are going to struggle a lot without a playmaker too. I go for the Warriors here with a scoreline of 119:107.