Philadelphia 76ers vs Miami Heat: Injury cloud over the game 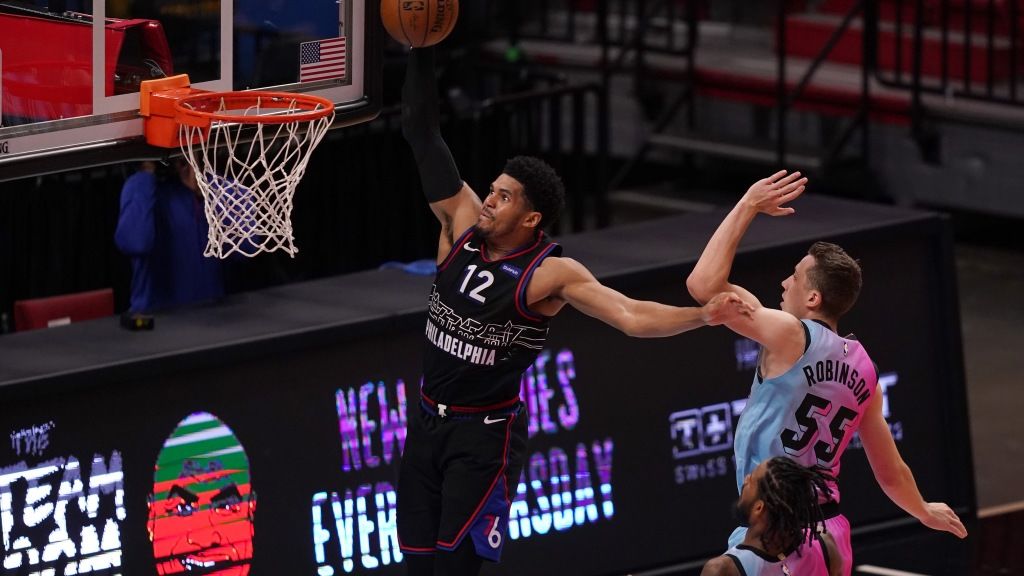 How difficult is NBA betting becoming now! Too many absentees, too many COVID-19 cases, too many injuries. All of this clearly impacts the dynamics, total prediction and the win-loss column. In another game covered by an injury cloud, the Miami Heat visit the Philadelphia 76ers. Forget the records, the 76ers can be without Embiid in this game which is a huge dent while Heat will play without Jimmy Butler and can end up missing Tyler Herro. How will the two short-handed teams shape up? For a quick look, simply head over to “Notes”. For the discussion on “Total” and “Prediction”, go to the “Expert Betting Tips”.

Heat fights: While Miami has lost most of its games without Jimmy Butler, the team has shown enormous grit. Kyle Lowryis pumping 20+ points regularly while PJ Tucker who usually scores in the 6-10 points range has even stepped up to score more than 20 once. Duncan Robinson also has had a 26 points game but the Heat unit is not posting 106-112 points as consistently as it did with Butler and Adebayo. Although the team has scored in the 90-102 points range without the two, in a couple of the games, the team did eclipse the 110 points mark. The personnel is there but if Tyler Herro ends up missing the game, the Heat will take a huge hit.

76ers are lost without Embiid: 76ers have been woeful without Joel Embiid on both ends of the floor. First, the team that gives up 95-105 points mostly with Embiid has given up 115+ consistently in his absence, second a team that can score 100-107 points regularly has folded under 100 quite a lot of times. With Embiid, the team loses inside scoring, passing accuracy, and also plays highly irregular offensive sets. Joel has clicked for 28 or more points multiple times this season but more than that, his presence opens up more opportunities for others. One theme that surrounds the Philly team without Embiid is that Tyrese Maxey can score in excess of 20 points but then then Embiid is more than a scorer and can fight it out on both ends.

Points Range: The Points Range will take decisive turns if Joel Embiid misses the game. If he plays, Philly can lodge around 102-108 points considering how Heat defense is tough with pesky presences like Lowry, Tucker, and Robinson. For the Heat, the team can take a hit if Tyler Herro doesn’t play as he brings home 16-22 points on a regular basis. Still, if Robinson clicks then the Heat can reach 110 or so as well but if Embiid plays then attaining that much score will be highly difficult. With Embiid, the overall scoring range looks somewhere between 203-215. Without Embiid, it looks pretty much the same too, the outcome though appears different.

Prediction: Let me hum the same Embiid tune. If Joel plays then the Sixers chances increase from 25% to 55%, if both Embiid and Seth Curry play then Sixers stand a 62% chance. For Heat, without Embiid, the team has a 75% chance, if he plays then a 45% chance, you can see how highly I am rating Embiid but the metrics speak for themselves. I think Heat can still beat the percentages if Embiid plays and comes through 105:95 in this game without Embiid and 107:103 in his presence.