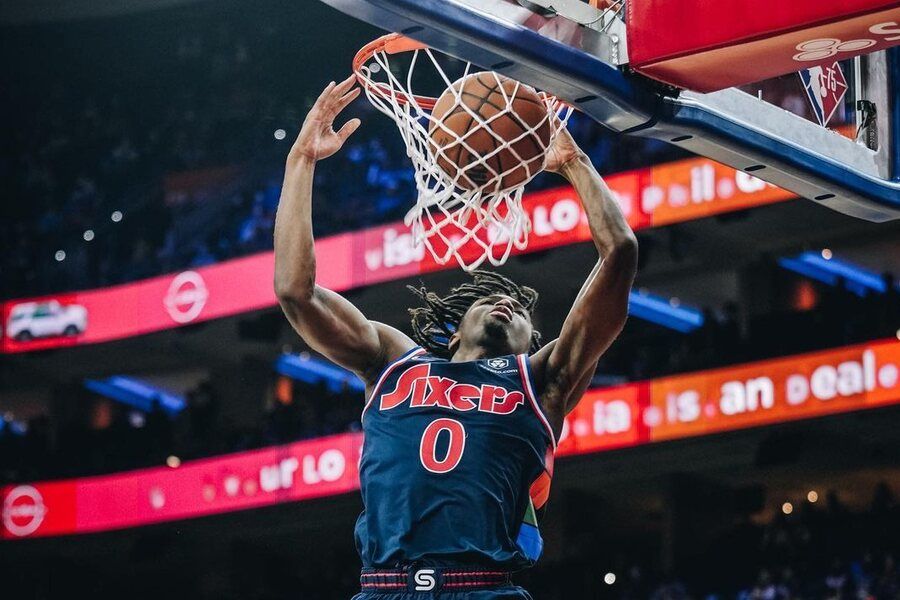 The NBA Eastern Conference is in frenzy right now and it is still unclear which team will finish at the top of the Conference. There are four suitors for the top slot and the first position means you secure the home-court advantage till the Eastern Finals, the type of advantage that has turned out to be decisive. But before we talk about the Playoffs, there is a decent chunk of games remaining in the league this Regular Season. In the East, the Philadelphia 76ers and Milwaukee Bucks, two teams in the shot to finish at the top will take on here.

Both the 76ers and the Bucks have a similar record and this is an exciting prospect considering that the race to the top seeds will go down the wire for sure. The 76ers lost the last game to the Suns and were on a three-game winning streak earlier, continuing a superb run away from home. On the other hand, the Milwaukee Bucks have lost the last two games away from home, and they have been having some trouble winning against quality teams on the road but it is understandable since this is how goes in the league for most teams. The 76ers have been struggling a bit at home, losing three of their last four games.

The 76ers’ main ball-handler is James Harden, who always has almost all of the opposition’s occupied with his dribbling skills, perimeter shooting, and also his ability to finish inside or draw free throws. This gives Joel Embiid more access to different lanes and both Embiid and Harden are incredible scorers. This also opens up lanes for Harris and Maxey, but both of them have seen a reduction of touches with two ball-dominant players alongside Embiid and Harden.

On the other hand, the Bucks have a stacked offense with perhaps a little more diversity than the Sixers. Giannis Antetokounmpo can utilize his length and athleticism to finish inside but he is more than an inside finisher, can also hit shots in the high post while being a high-quality rebounder and playmaker. Khris Middleton has been an all-around wing who has shown he can take it to another level during the Playoffs. Without Jrue Holiday, the team has looked lost on both ends and he is a huge difference-maker.

In terms of the bench, the Bucks may have a slighte edge considering they can use Bobby Portis and Pat Connaughton off the bench. The 76ers do have Niang, Jordan, and Green off the bench but they haven’t received many points from the players off the bench. The Bucks have more size in multiple positions and it will be interesting to see how Maxey responds to the challenge.

Assuming these players are available, these are my player-props predictions:

Points Range: The 76ers have been a solid offensive squad with Harden and Embiid but there are times when their limited bench and the struggles off Harris and Maxey can stall the offensive production. On the other hand, a lot of the Bucks’ offensive pattern is drawn on the heels of Giannis Antetokounmpo who can take on the best of the defensive teams in the league. Defensively, the 76ers have been brilliant mostly, and with Thybulle, Green, and Maxey at the perimeter, gritty PF in Harris, and an elite defensive Center in Embiid, they can pack a lot of punch. The Bucks’ defensive anchor is Giannis and his activity is usually decisive on that end of the floor for the Bucks. All in all, I believe the total points range here is 230-240.

Prediction: Giannis and Embiid’s impact is usually high on their respective teams and we may be witnessing a potential Eastern Finals preview. This is a high-stakes battle too because the top spot for the East is up for grabs and a win or loss can change the complexion quickly. It will be essential for players like Middleton, Maxey, Holiday, and Harris, the key players for their respective teams big-time. I see Bucks coming with a much stronger effort here than the prior road games. I see a close battle and a scoreline of 118:114. My gut says pick the Bucks by the way!