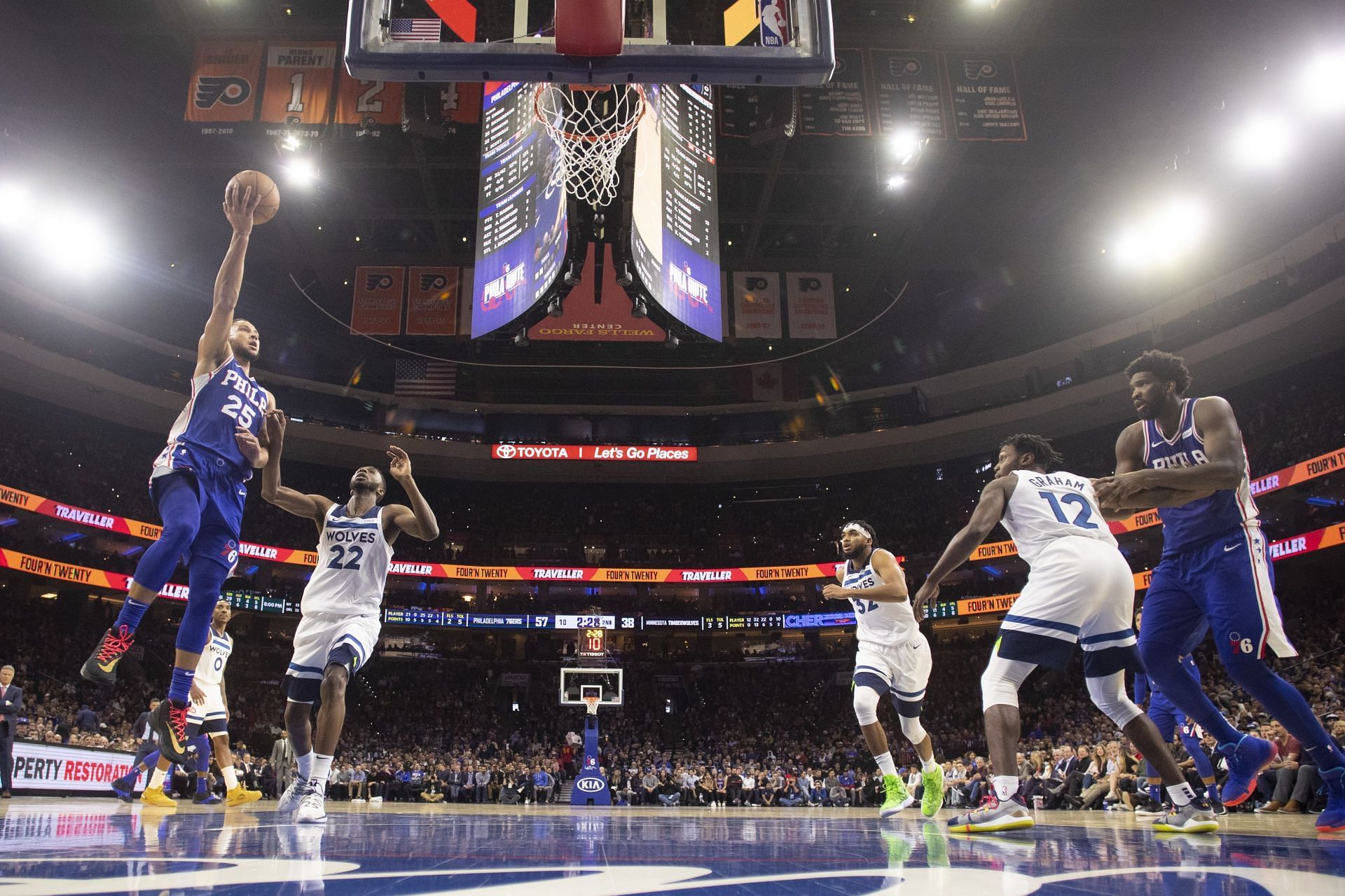 In this game, the Philadelphia 76ers will host the Minnesota Timberwolves in a cross-conference affair. The 76ers are just one game above the 50% win mark largely due to the absence of Embiid while Timberwolves are 1 game under 50% win mark. If Embiid is back then can the 76ers get their campaign on track? or a quick overview, head to the “Notes” section.

Beverley factor: With Patrick Beverley out for the long-term, the Timberwolves perimeter defense will be exposed now. Beverley helped Timberwolves stifle opponents’ three-point shooting and the young legs of Russell and Edwards held teams to around 30% from three, which is a top-three effort. This made Minnesota one of the best defensive squads and it is clear without Patrick, this dimension will take a huge hit. How can the team compete now at the recent level without Patrick?

There is potential but the bench is thin: Anthony Edwards and Karl Anthony-Towns combine for around 45 a game while D’Angelo Russell gives more than 18 points a game. Apart from these three, the rest of the unit struggles to score, and only Malik Beasley averages close to 10 points per game. It is clear that the defense of the Timberwolves is keeping them afloat as the offense ranks among the bottom ten in terms of shooting percentage. So, can Edwards and Anthony-Towns elevate their games further to propel the team ahead?

No Joel, no winning: Embiid has been the fuel to the Philly engine and with him, the team won 8 out of 10 games. When he went down, the 76ers started to go on a losing spree, accumulating just 2 wins in 9 games and that is why they have slipped to 7/8th spot in the Eastern Conference standings. Why is it happening? The 76ers have give away 115-120 points regularly recently and with Joel in the lineup, the team didn’t even allow more than 109 and held teams to below 100 in half of the games. Now, that defensive intensity is lost and is particularly exposed against well-oiled offensive teams.

Can 76ers get back on track?: One other factor for the recent Philly skid is the long trip to the Western Conference. Out of their last nine games without Embiid, the team has played six on the road and had a 2-4 record during the road trip. It means that the long trip also played a role in the current struggles for the 76ers outfit. Even if that is the case, Joel is going to be the difference-maker ultimately and if Philly wants to get on the track, they need him.

Points Range: The Sixers will be highly desperate to get Embiid back in the lineup, our section has been full of his name but that is how much important for this squad, he is both their defensive and offensive ace. The Sixers struggle to put up many points without him and are also unable to hold opponents. If he plays, they can score 105-115 but more importantly, hold the Wolves to 100-105 points. The Point Range seems to be 210-220 without Embiid and not far off from that even with Embiid, due to various metrics working here.

Prediction: *Sigh*.. Again, the result depends upon whether Joel plays or not. If he does, the Sixers have a way higher chance of winning, if he doesn’t, the Timberwolves can eke one out on road. Perhaps playing in front of the home crowd after more than two weeks will inspire Philly?