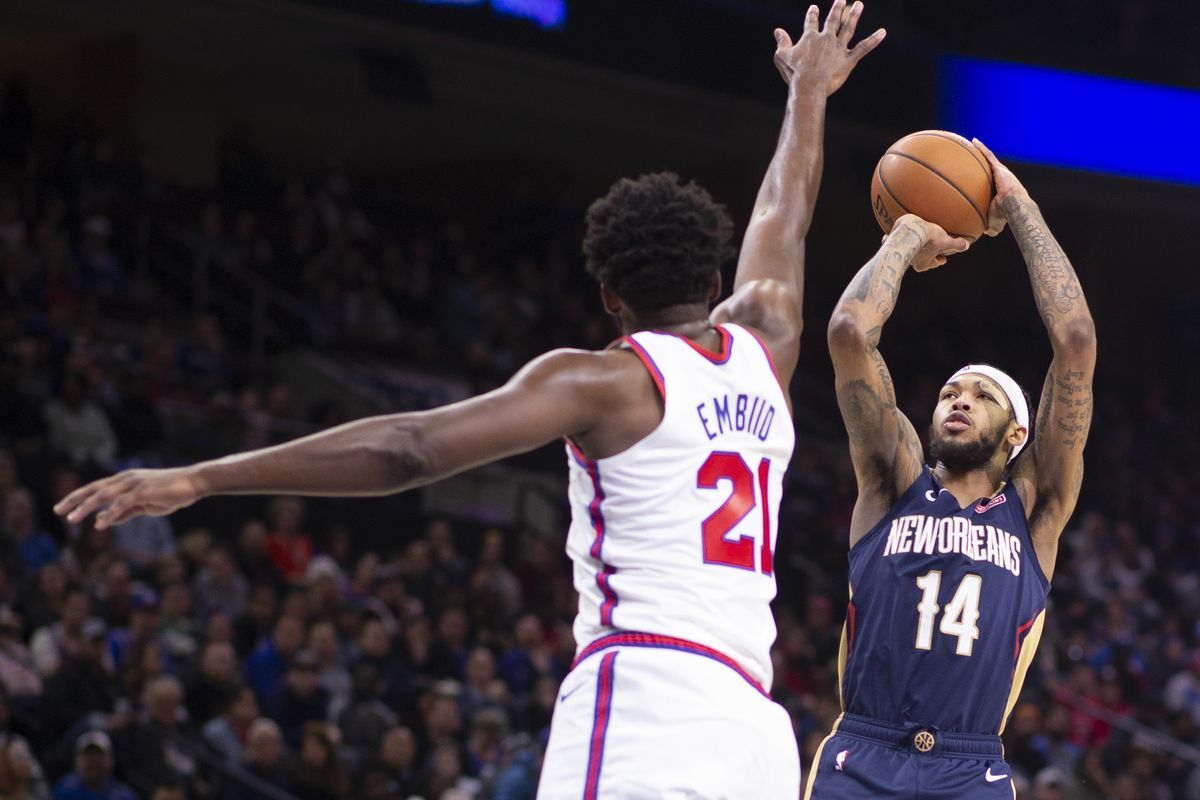 As COVID-19 sweeps aside the odds, predictions, and brings to us new combinations of challenges on a daily basis, tipsters, bookmakers, enthusiasts, and bettors still strive to predict the picture. And I will do so here too, keep trying despite not knowing what storm will COVID-19 bring tomorrow. In this game, another COVID-19 hit team Philadelphia 76ers take on the Zion-less New Orleans Pelicans. The 76ers have lost three in a row and have lost half of their 30 games, meanwhile, the Pelicans are 11 games below the 50% record. Still, the 76ers can’t afford to take the Pelicans lightly! For a simple overview, hop over to “Notes”. For “Total” and “Match Result” prediction, jump to “Expert Betting Tips”. To know my thoughts about these two teams, keep reading.

Pelicans’ season: While experts like Kendrick Perkins suggest that Pelicans should “focus on next season”, is that the approach a squad should take? For me, when you are balling out there, it is about the game that is right in front of you. Rather than blaming the fortunes, I think New Orleans has done a decent job of taking this as an opportunity to build depth. See, with Ingram and Valanciunas, the Pelicans can still field a more than decent offensive and defensive attack. Devonte Graham has shown that he can be a long-range marksman and late-game shot inserter, meanwhile hustle players like Herb Jones and Josh Hart keep the team ticking. Yes, there is a lack of bench depth and several other issues but the Pelicans are here, still playing!

76ers troubles: Philly’s major troubles have come on the offensive end. The team usually scores in the 95-105 points range, something that is not going to get it done on nights against elite offensive teams. The trouble on offense can be attributed to a lack of consistent playmaker and ball-handler, something which Philly had last season in the form of Ben Simmons. the 76ers need more consistency from play where players like Shake Milton and Furkan Korkmaz have provided next-to-nothing, shooting below 30% on some nights and turning the ball over a lot. Philly’s season derailed when Joel Embiid was ruled out for around three weeks and it seems their rhythm got disrupted during that phase.

Defensive and offensive comparisons: Pelicans can score around 110 or so but have also allowed more than that on a constant basis. In contrast, Philadelphia is a much more balanced team defensively and with Embiid in the middle, they had restricted opponents to 98-107 points until recently when they have leaked 114 points or more three times in the last five games. Still, overall, Philadelphia has the slight edge over Pelicans in terms of defense. However, offensively, the Pelicans have gained rhythm and they can disturb the 76ers' plans.

Points Range: Earlier, the overall total points range of Philadelphia games used to be 199-210 usually as Philly played a stricter brand of defense. Philadelphia hasn’t been among the highest scoring teams throughout the season and that has hurt them a lot at times. On the other hand, the Pelicans have done a more than decent job on offense these days and their perimeter shooting has improved compared to early in the season. I think Philly can breach the 105 points here while Pelicans can do the same. I feel the points range here is 212-222.

Prediction: My dear readers, the Pelicans began the season with two wins and 14 losses, remember, they have won eight games and have seven losses since that period which is not prolific but something that can provide the team with hope. Pelicans have won two Overtime in the last five games against two feisty squads in Bucks and Nuggets, even if they were short handed. Philadelphia is on a three-game losing streak but yes, they hold the home court advantage. I think this can be a close game unless there are some major absentees. I still picked Philly to win 109:105.