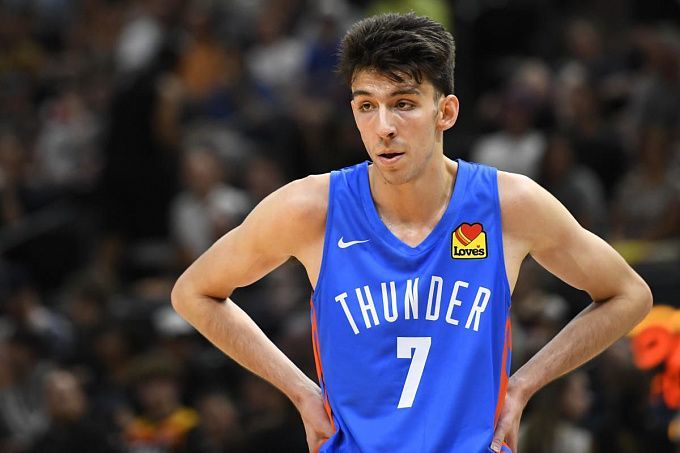 Oklahoma won both of their opening games of the Summer League tournament in Salt Lake City. Will the Thunder be able to win their third game against Philadelphia? Let's pick a few bets at once.

Philadelphia lost the end game and then won it

In the first game of the tournament in Salt Lake City the Seventy Sixers lost hard to Memphis 99-103. The second game against Utah was no less difficult for the Phils. This time, however, the 76ers did well, winning 86-82.

Several of the players from the Memphis game did not show up for the game against Utah, especially Isaiah Joe, one of the most experienced players on the team in this tournament. Charlie Brown and Trevelin Queen, who had 12 and 15 points respectively, were the other quarterbacks who were notable in his absence. Center Charles Bassey contributed 17 points.

Oklahoma had another quality game

So far in the Utah tournament, Okla hasn't had any problems at all. After a 21-point victory over the Jazz (98-77), the Thunder led by +16 against Memphis. To be fair, it should be noted that the Grizzlies' roster wasn't the strongest, but that's not Oklahoma's problem, is it?

In the game against Memphis, the now stellar Thunder duo of Holmgren-Giddey proved themselves once again. Chet Holmgren, albeit only 1 of 6 from beyond the arc, had 11 points and 12 rebounds. Josh Giddey has 14 points, 10 assists, and 10 rebounds.

Oklahoma showed in the first two games that they are the strongest team in this mini-tournament. It would not be surprising if the Thunder beat Philadelphia now as well. In contrast, the Seventy Sixers have not shown much in their first two games.