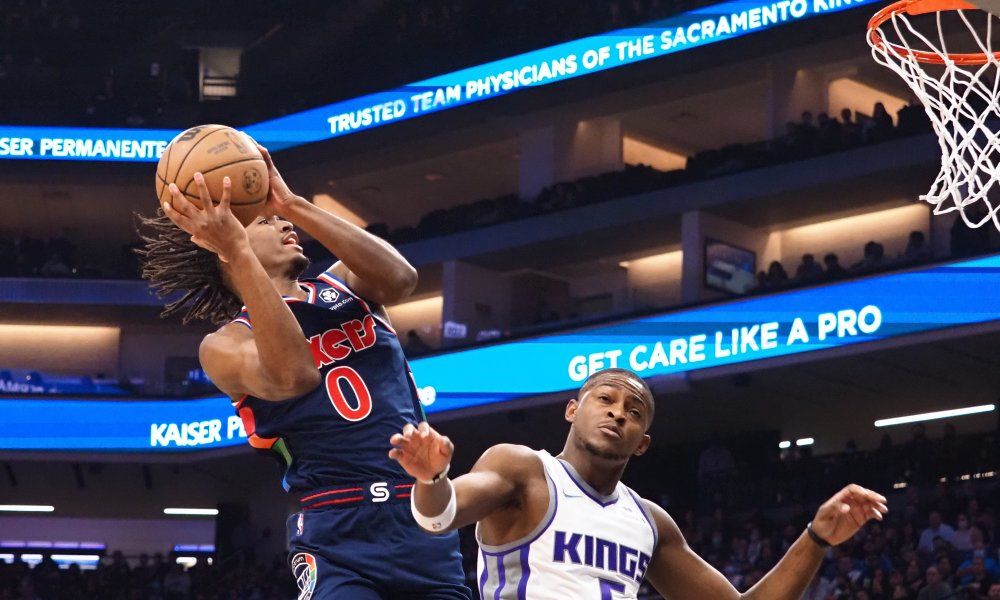 NBA betting is a tricky affair and surely there at times when a team can derail or get back on track. However, that is fine, this is what makes it all so fun, you never know what gifts the league has to impart after all! And that is why it is a tricky affair to engage in writing, reading, betting, and suggesting as the league keeps turning its head each day. And now with the trade deadline approaching closer, we can see a wealth of trades. Will the Philadelphia 76ers and Sacramento Kings engage in trades soon?

Well, the 76ers have won 29 games and 19 losses, largely looming on the shoulders of Joel Embiid. They have three in a row, rather playing one of their easier schedules in the recent time. They are in the midst of a five-game home streak and will like to sweep the homestand to challenge the top teams in the Eastern Conference for the top spot. On the other hand, the Kings are repeating the same old mistakes and keep falling behind in an embarrassing manner. They have just 18 wins and have lost 32 games, right now on a five-game losing streak and having another tumultuous season. Here they will meet the 76ers team who have loftier goals at this point? For my game total and result prediction, go to “Expert Betting Tips”.

The 76ers and Embiid combination

Well, you have a big headache as an opposition when Joel Embiid has the ball in his hands. There has been no answer for him all season long as he seals post position, works hard inside and can also knock down jumpers. The Center is one of the best players in the league and surely, he is in the running for the MVP award if we base the ratio of points he has dipped in and how much impact he has had on the rebounding end and defensive end. Embiid has also pushed the pace and overall, the 76ers are in dire straits without him.

However, it doesn’t mean we can overlook the contributions of wing Tobias Harris and iso threat Tyrese Maxey. With Seth Curry out, the team has been short on the offensive options but off-guard defender Matias Thybulle gives a huge lift in terms of clinching steals and getting the break going. The 76ers at the end of the day, rely upon Embiid to get going and as per my observations, you don’t want to see Embiid in the Playoffs this season, if he is healthy from here on, the 76ers can just seal a top-four Eastern Conference spot and if they lend some big-time player in the trade, well, a championship contention can’t be ruled out!

Sacramento has fallen off the radar once again and well, with the way they have been all these seasons, it is not a surprise. It is the same old story for the Kings. Going on losing streaks, losing their way early in games, and not showing any promising since early season. The team has lost four or more(right five in a row) rather way too much. What follows then during most times then? Trades, coach changes, disgruntled players, frustrating fanbase, and well, this is a team that has lost the last two games with a difference of 17 and 53 points.

What is the main issue for the Kings? Terrible defense, frustrating possessions, and just simply lack of team chemistry. I wonder how long this chain will repeat because this team keeps figuring in the blowout losses. This is a worrisome trend and Buddy Hield’s game off the bench has fallen big-time and no, that transition hasn’t worked for him this season. Haliburton has been superb while Fox and Barnes continue to be scoring options, but yes, Holmes’ game has fallen. Overall, the Kings need to fix their defensive end because that has been the major culprit for their poor record.

Points Range: The 76ers have scored 115 or more in three of the last five games, largely on the back of Joel Embiid. On the other hand, ther Kings have scored 104 or less in two games straight scoring as low as an abysmal 75 against the Celtics. Now, on the defensive end, the 76ers are leaps and bounds ahead of the below-par Kings. The Kings have given up 120+ during most of the games this season while the 76ers have usually limited teams to below 110 and well, with the way Kings are playing, it will not be a surprise if they fail to reach there. I think the total points range here is 220-230.

Prediction: Need I say here that who has the edge? It is clear the Philadelphia 76ers will enter with a much higher confidence and playing at their home floor, they will be thirsty to win four in a row against a Kings that has completely lost the plot at this point. However, I see Kings managing a better performance than the last two games and they will come out strong here but will fall short in fourth. I see the 76ers taking this one 119:110.