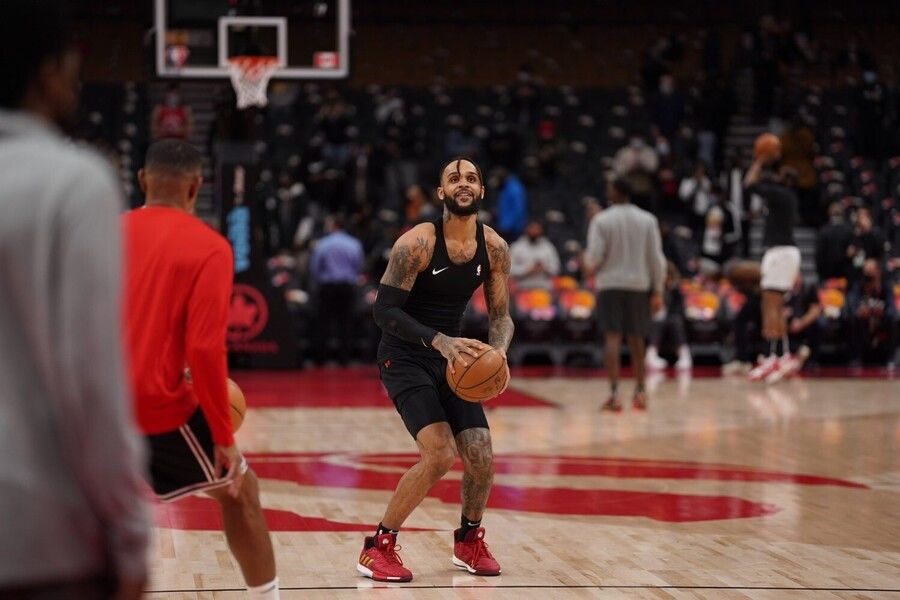 The Eastern Conference has been a battleground for many heated rivalries and it has been comparatively a more physical one too. There have been various memorable tussles, ranging from the Boston Celtics and Philadelphia 76ers battling it out in the 80s, then the Michael Jordan-led Bulls taking on the Detroit Pistons, a team with the rugged style that changed the way Jordan played. In the modern era, LeBron James denied various quality teams their ticket to the Finals and now as we enter the post 20s NBA, there has been the rise of some significant squads. And one of the squads in the Philadelphia 76ers will take on the Toronto Raptors.

The 76ers have title ambitions

The 76ers have been playing some terrific brand of basketball especially after acquiring James Harden, who filled the void at the Point Guard spot. They haven’t been stellar recently, winning four of their last seven games but despite that, they have been hovering around the second spot. The upcoming schedule isn’t that easy, considering the squad will battle it out against quality teams like the Raptors, Suns, and Bucks, but in the overall scheme, it is not among the most challenging schedules for the remaining of the season. Whatever may be the case, as long as the team has Embiid and Harden for the most parts, they will be able to put on a stellar showing, even if one of them is constantly active. More is surely needed out of the bench but yes, when the Playoffs come, the main-five can be a headache to deal with for the top squads in the East.

The Raptors have also been impressive throughout the season and now they have also figured out how to win without their two-way wing OG Anunoby. One of the best parts during the current window has been the performance of rookie Scottie Barnes, who has done a great job of improving his scoring and he is already a prolific all-around player. The presence of another stellar all-around Power Forward in Pascal Siakam has elevated this team’s status this season while the ball pressure of Gary Trent Jr. has made the perimeter defense strong while he and Fred are also well-adept at scoring big-time points. The contributions of Precious Achiuwa off the bench have been huge to cover up the hole left by the absence of OG Anunoby. This is the most important time for the Raptors because they are not far away from closing out on the top-six spot with Cavs there. Their upcoming schedule is a mixed bag in terms of the quality of opponents and the team will play most of their games at home, and strangely, Toronto has done better away from home than at their home floor.

Points Range: The 76ers have been putting up a bunch of points especially after acquiring James Harden as it has caused more openings and better passing along with stellar inside-outside scoring. His tandem with Joel Embiid is strong but Embiid is questionable for the game and if he misses out, the pressure to elevate the scoring will be distributed among Harden, Maxey, and Harris mostly. On the other hand, the Raptors have also improved scoring-wise compared to earlier and if rookie Scottie keeps on stringing together strong units, it will bode well in the long term. Gary Trent Jr.’s performances have also been huge in terms of the overall result. On the defensive end, both teams have done an above-average job but if Embiid doesn’t play here, the Raptors can generate more points. I believe the total points range here is 220-230.

Prediction: The 76ers have been a tough squad to deal with but they have still not acquired the strength to build big winning streaks and that is largely due to the lack of depth. A two-three weeks injury to one of the Embiid, Harden, Harris, or Maxey can cause some ruptures to the combinations. On the other hand, the Raptors have won five in a row away from home. I believe this will be a tough battle and if Embiid plays, then the 76ers are going to have a 60% chance of winning while if he doesn’t then the Raptors will have a 55% chance of nabbing a win here. I see the Raptors pull one off here with discipline on defense, winning this one 114:108.