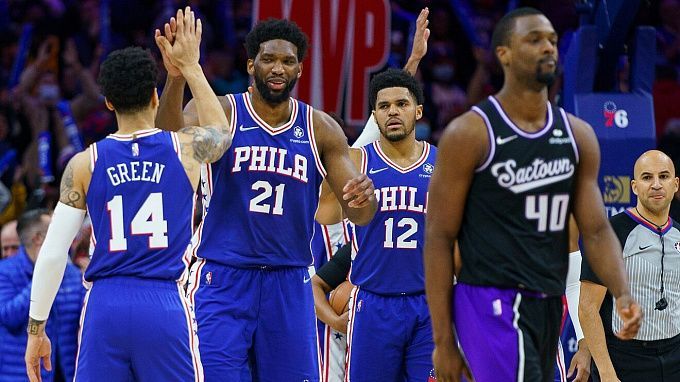 Philadelphia 76ers will take on Washington Wizards at home in another NBA regular-season meeting. Can the 76ers pick up their sixth consecutive league win? Check the teams’ conditions and expert betting tips. Several betting options are available!

After a home loss to Los Angeles Clippers, Philadelphia 76ers have improved to five wins. First, the 76ers were more robust than the San Antonio Spurs on the road. The next four games were home victories over the New Orleans Pelicans, Los Angeles Lakers, Sacramento Kings, and Memphis Grizzlies. In the last game, Philadelphia had to beat their opponent in overtime. With 31 wins in 50 games, the 76ers are in second place in the Eastern Conference.

After a home win over Philadelphia, Washington Wizards were unsuccessful in their next six NBA regular-season games. The Wizards lost to the Brooklyn Nets, Toronto Raptors, Boston Celtics, and Los Angeles Clippers. The team could not take on the Memphis Grizzlies and Milwaukee Bucks on the road. In 50 games, Washington has managed 23 wins. At the moment, the Wizards are in 12th place in the Eastern Conference.

The absolute favorite of the upcoming game is the Philadelphia 76ers, which is even against the possible absence of Embiid. One of the leading contenders for the MVP of the season can miss the game by the decision of the coaching staff (resting). At the Washington Wizards’ location, it is worth noting the injury to Beal. Without one of the Wizards’ main shooters, the game will be challenging. I do not expect a sensation in Philadelphia to consider another total of more points in a head-to-head meeting between the teams. I also propose to bet on the handicap of Philadelphia.