Phoenix Suns vs Chicago Bulls Prediction: The Suns are the favorites 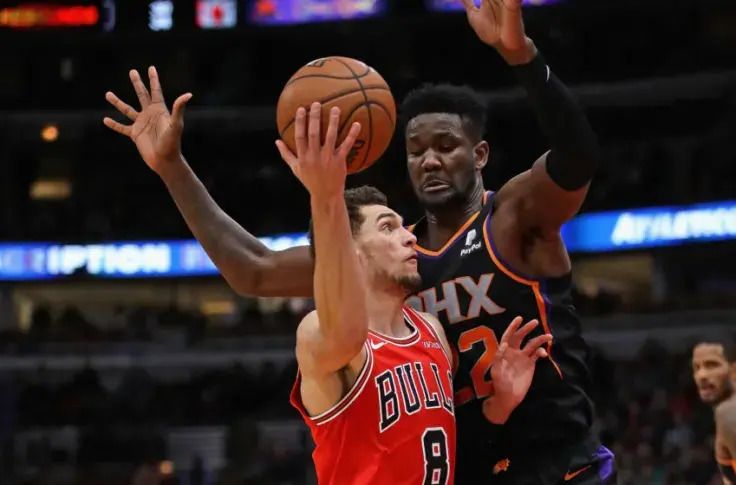 The NBA is on and we have seen a host of amazing battles already with the season only spicing up further. In this case, teams will need to fight both fatigue and injuries to stay afloat. Injuries have hit the Phoenix Suns which will clash against the Chicago Bulls in the cross-Conference match-up.

The Suns enters the fray after defeating the Kings 122:117 as Devin Booker scooped up an impressive 44 points performance. The Suns are on a five-game winning streak, nabbing four of these wins at home. The next three games aren’t that difficult in terms of the level of teams which would mean that they can bank further upon their record of 14 wins and six losses. After suffering a rocky period due to the absence of Chris Paul, the team has done well to showcase its depth.

They are among the top defensive squads and with an elite wing defender like Mikal Bridges, this is not a surprise. Like last season, the Suns have built a squad that is able to be effective on both ends of the floor. In absence of Chris Paul, Cameron Payne has stepped up to the plate and has given quality minutes both as a playmaker and scorer. One big positive lately has been DeAndre Ayton’s much more aggressive presence whereas Mikal Bridges has had some significant contributions too. The Suns are a team that has built a special squad and now only a championship will be satisfying.

The Bulls enter the fray after winning 114:107 against the Jazz as DeMar DeRozan drilled 26 points. They have now won three out of their last four games but still are placed with 11 losses and nine wins due to an abysmal start to the season. Seems like the loss of Lonzo Ball to a long-term injury has derailed this squad and the current unit lacks the mojo to keep it up against elite teams. Their defense isn’t solid enough to keep it up against big-time squads while their offense hasn’t been good enough.

DeMar DeRozan is having a brilliant scoring season once again but Zach LaVine hasn’t elevated his game from years ago and this has been an issue too. Nikola Vucevic has been the leading rebounder while Patrick Williams has gotten done on the defensive end. Sophomore Ayu Dosunmu hasn’t quite taken the leap yet but has been a decent starter overall. The bench is decent at best and without Lonzo, the Guard rotations remain a bit suspect.

It is clear that the Suns are a better squad here and playing at home, they will enter the game with a ton of confidence. The Bulls struggle against teams that have records in th excess of 60% and this is a script that has been followed since the absence of Ball. The Suns will look to pounce upon a weakened Bulls squad and they are likely to win here. I predict a scoreline of 121:112 in favor of the Suns.