Phoenix Suns vs Golden State Warriors: Suns are deep, Warriors are struck with COVID-19, still, this is a fun battle 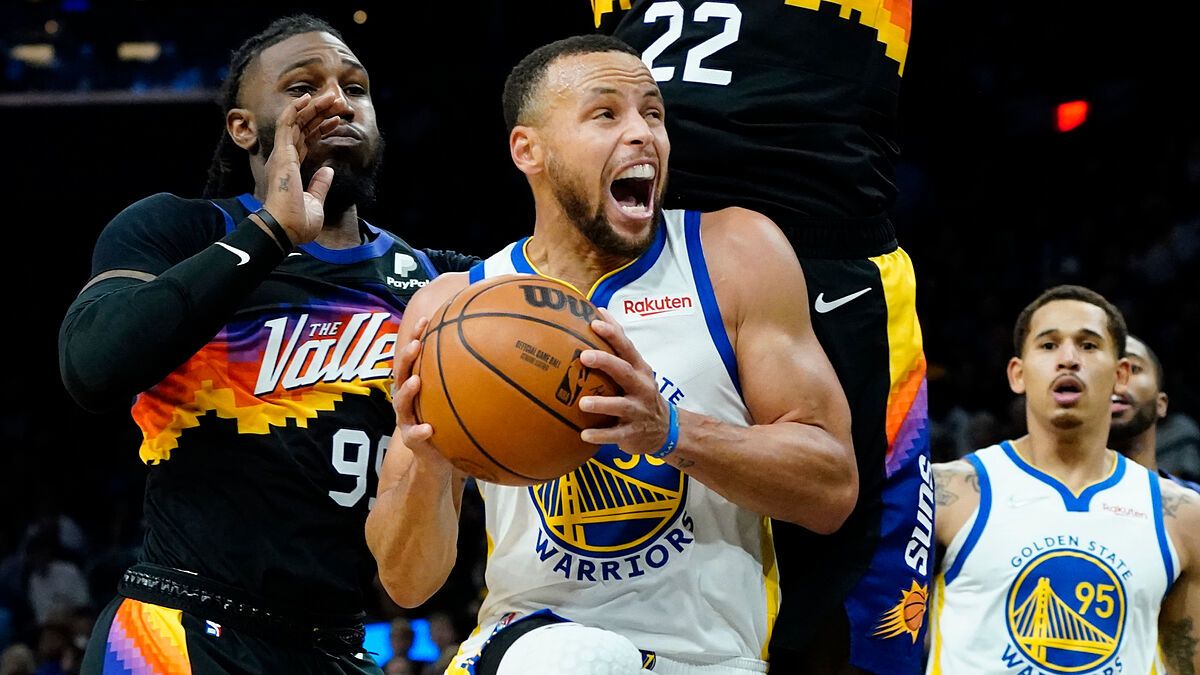 Merry Christmas and Happy Holidays dear people! Now, the NBA players don’t get many holidays during the NBA season but COVID-19 is making sure more than 100 of them miss the current fixtures. Anyway, this is a bonanza game, the one that is a “Must-Watch”, “Box-office stuff”, or whatever great terminology you want to use, as the two teams with the best records in the league come face-to-face. While Suns continue to stay away from COVID-19(touchwood) and have their core intact, Warriors are missing two key players in Andrew Wiggins and Jordan Poole along with Damion Lee. Both teams have split the two meetings before, winning the fixtures at their home floors. Can the Warriors pull off a colossal win here? For a quick look, go to “Notes”. For game result and points prediction, hop over to “Expert Betting Tips”. For the analysis of both the teams, keep reading.

Warriors: Warriors have crossed the 110 points barrier despite missing two of their top three scorers in Wiggins and Poole. Why are they lodging that much? Well, Curry has scored 30 or more in the last two games, Gary Payton II stepped up for 22 in the last game while Otto Porter Jr, Draymond Green, Nemanja Bjelica, and Juan Toscano-Anderson compiled around 7-9 points which also helped the cause. Now against the Suns, the Warriors will need more out of their depleted bench.

Suns: On the other hand, the Suns have also scored 111 or more continually this season and to be honest, they have too many options who can play off-the-ball and create off-the-dribble as well. Well, with Booker, you get 25-35 points, Paul leads the league in assists and dips in around 15 regularly, Ayton is a force in the middle, being one of the top two scorers for the Suns, meanwhile, Crowder, Bridges, Payne, Shamet, Johnson, and McGee have continued to step up in different games. The Suns have a deep lineup and surely, scoring is not an issue.

Warriors: With a lineup of Curry, Payton, Porter, Green, and Looney, you get pesky perimeter defense, great individual defense and also some quality help defense. That is why the Warriors’ opponents struggle to score late in the game and throughout the contest, the Warriors pose a threat to limit oppositions to under 100 as they don’t allow big runs all that much. Defensively, the Warriors rank first in defensive efficiency and no one has held oppositions to 104 or under more than them.

Suns: When you have an elite offense supported by elite defense, of course, you will have the best record! Suns have held multiple teams to 106 or under in Regulation and their two wing defenders in Crowder and Bridges paired with Ayton at the Center, have both athleticism and discipline. Paul and Booker play tough defense too, while off the bench, McGee is a shot-blocker and Johnson can lock down the perimeter. Thus, the Suns, like Warriors, are holding teams to low scores and running away with games.

Booker and Curry can exchange buckets in this game on a regular basis. Draymond Green and Kevon Looney for the Warriors will have their hands full against Ayton. Meanwhile, the wing defenders for both teams are equally matched-up but with Suns having a slight edge. In terms of bench, the Suns appear far more advanced and it will not be a surprise if that is where the Suns earn a distinct advantage. While I can say Curry and Green alone can suspend multiple match-up problems, the Suns team is different from all squads, they really have too much depth.

Points Range: Both teams can put up points and if one team gets cold from the field, the other won can make hay with even more dominance. Both teams can run on the break and also play the half-court styles. However, with two elite defenses and two elite offenses, you get 100-110 points from each side most of the time(from my observations). I think both teams will get past 100 but one of them may not reach 110. I think the Suns will be tested here and despite the Warriors missing two key scorers, they can mount up a substantial offense with a playmaker like Green and a scorer like Curry. For me the Points Range here is 206-218. The last two games between these two have totaled 214, 200.

Prediction: See, playing at home and potentially with a fully healthy core, the Suns have an overwhelming edge. But we are talking about the Warriors as the opponents here, this is what makes this an interesting battle, the winner will take the first spot in the standings. I think the Warriors will not go down easily and I still give them a 40% chance of winning this game. Both teams have the tendency to go big in the third quarter and that is where the Warriors can negate the lack of depth right. The scoreline will be something like 107:104 I feel. This can be a hard fought battle with no team able to get huge separation(I feel).