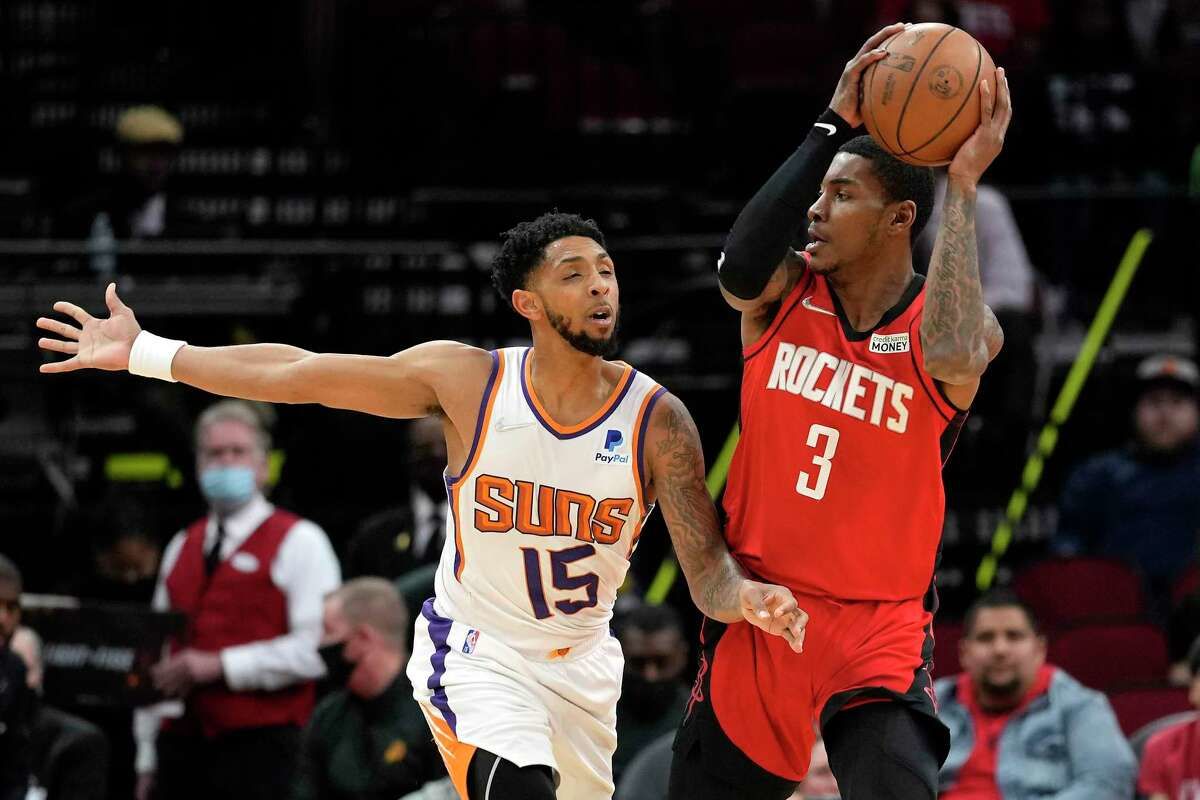 NBA is on and it has been around 45 days since the action has been on in what has been an electric start to the season. With injuries and fatigue likely to pile up, things are going to become only trickier. How tricky it will be when the experienced Phoenix Suns are going to take on the young Houston Rockets?

The Suns come into this game after registering an impressive 132:113 win against the Bulls as Devin Booker had a scintillating 51 points outing. The Suns have now won six in a row after undergoing a lean period and are currently with 15 wins and six losses, which is barely a surprise for a team that had the best record last season and was in the NBA Finals just a couple of years ago. The Suns are dominating the NBA scene in the first half of the 2020s decade. The best part about the current scene is that the tam has won without Chris Paul, who is their leading playmaker.

Deandre Ayton has stepped up his game and nabbed three 25+ Points Games recently which is in contrast to earlier in the season. Booker has scored 44 or more in two straight games, so it is clear that the Suns’ offense has been ringing at the highest level. These two have been huge difference-makers and have made up for the up-and-down play of Mikal Bridges. It seems like that the Suns are in for another deep run and if Ayton continues to play like, a championship run is in store.

The Rockets come into this game after losing 100:120 to the Denver Nuggets despite a 23 points performance by Kevin Porter Jr. The Rockets have now lost 16 out of their 21 games and are struggling big-time. This was expected from the team that is in the early stages of the rebuild and is yet to pitch a roster that can have at least a 50% win record. The team has identified a strong scorer in Jalen Green, who despite his inconsistencies has made up for the most points so far.

Kevin Porter Jr. has been a phenomenal all-around presence and he will only grow further from here. Jabari Smith Jr. has offensive issues but his ceiling is high as an athletic Forward who can defender. Alperen Sengun has become a fascinating player too, someone who can score a decent bunch and can also pin down rebounds. Despite these talents, there is a sense(in my opinion at least) that the Rockets are still searching for the face of the Franchise. Will it be Victor Wembanayama?

The Suns have been destroying even high-rated teams and their current run is not a surprise since they have built a strong squad for the last couple of seasons. The Rockets’ defense isn’t well-versed enough to deal with a team like the Suns which can cause huge issues with Devin Booker at the helm. That’s why it is natural that the Suns will be picked as the favorites here. I predict a scoreline of 129:110 in the favor of the Suns.