Phoenix Suns vs New Orleans Pelicans: The Suns look to eke out a two-nil lead 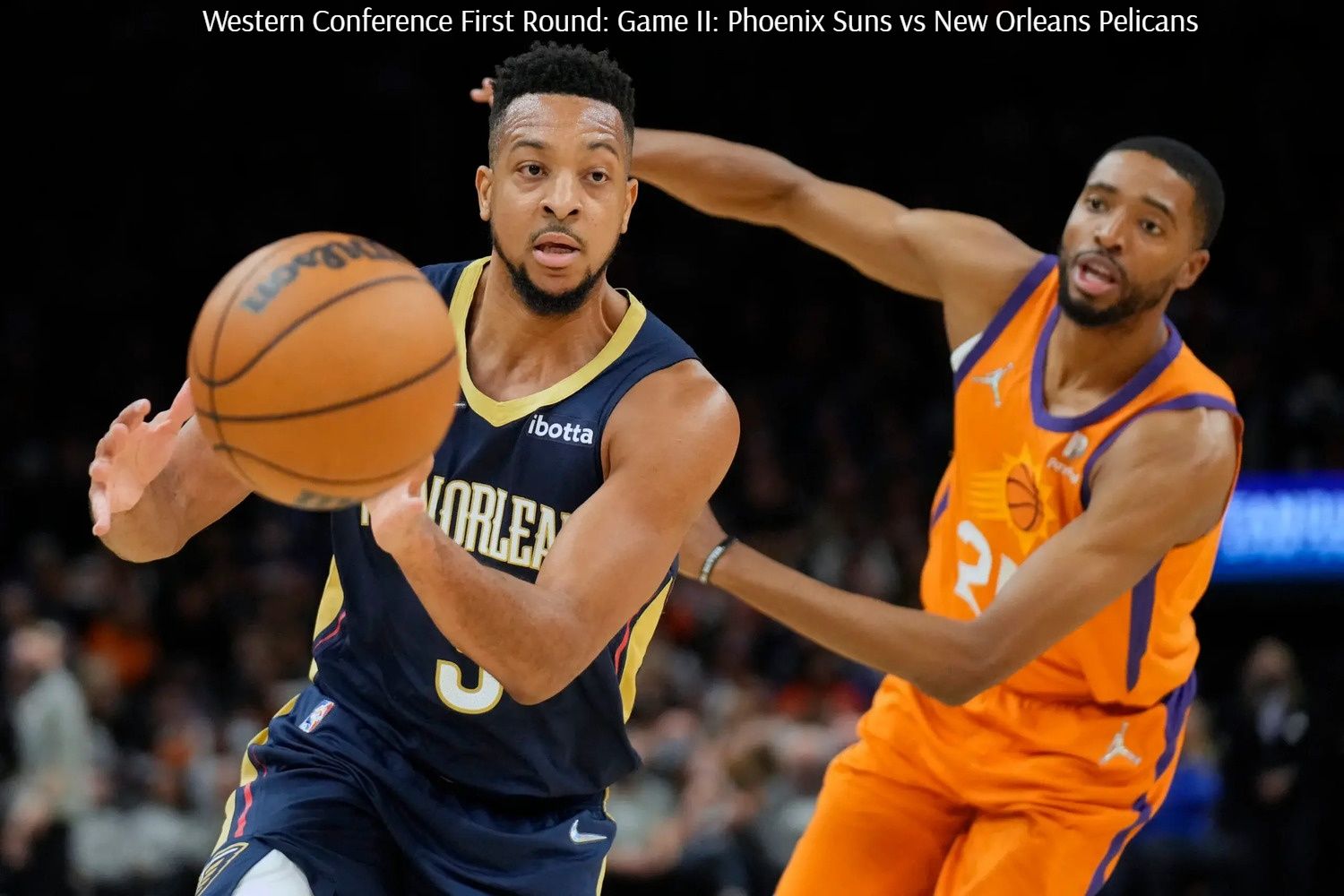 The NBA is in the Playoffs terrain and it will be fun to see how the losers of the first few games respond from here on. This is the intensity of the Playoffs and we are bound to see some scintillating battles every now and then. In the Western Conference, the Phoenix Suns finished at the top and displayed their mettle in the First Game of the Playoffs as they steamrolled the Pels 110:99 as Chris Paul dropped 30 points and 10 assists. Can the New Orleans Pelicans equalize against the mightly Phoenix Suns here?

Can the Pelicans come up with a response?

The Pelicans shot just 38% from the floor in the last game and McCollum, Ingram, and Valanciunas, all the main offensive players shot below 40%. This is not surprising considering the Suns’ defensive style which has only picked up in the Playoffs and the Pelicans will need to work harder. The Pelicans grabbed 25 offensive boards compared to just five by the Suns, 15 of those rebounds were grabbed by Jonas Valanciunas.

The Suns didn’t need offensive rebounds to make an impact and shot an incredible 54%. Ayton shot 10/15, Booker shot 8/19 whereas Chris Paul shot a phenomenal 75%. The Pelicans' perimeter defense lacked the grip in the last game as the Suns got it going early but more than their offense, it was the tight defense that just allowed 34 points in the first half, a slow start that means that the Pels end up playing catch-up.

Ingram and Valanciunas will need to step it up further and be more efficient. Deandre Ayton is a terrific shot-blocker and he was all over Valanciunas. Mikal Bridges, Jae Crowder, Chris Paul, and Devin Booker are all terrific perimeter defenders and the same goes for Cameron Johnson. For the Pelicans, I believe Larry Nance should get more minutes and I think they can employ a McCollum-Ingram-Jones-Murphy III-Nance lineup that has size, athleticism, and defense.

The Pelicans will need more from Ingram and he will need to score 25+ at least while Jonas will have to be more efficient shooting-wise but the bench will have to step up as well. The Suns have amazing scoring balance and one out of Booker, Paul, Bridges, and Ayton is always up for a big scoring night. The Pelicans will need to be more active on both ends but I don’t see them winning even one game if both Ingram and Valanciunas shoot low percentages.

Considering they are available, below are my player-based predictions:

Points Range: There is no doubt that most of the teams’ scoring averages are down in the Playoffs which is to be expected in the Postseason-infused intensity. This doesn’t mean that teams don’t stand a chance of calibrating 110+ points, after all, a burst of a run can propel such high totals. In the case of the Pelicans and the Suns, the last game fetched 209 points. The Pelicans scored just 99 in the last game and they scored just 34 in a half, surely, they need more here against the high-intensity defense of the Suns. I do believe that the Pelicans will come here with much more offensive efficiency largely on the back of Ingram, however, I see the Suns trading buckets too. That is why I believe the total points range here is 210-220.

Prediction: The Pelicans will need to start strong here because the Suns are not the type of team that allows late runs in the fourth quarter. The duo of Paul and Booker is the type of duo that can suck away the momentum and doesn’t allow the offense to go rusty, therefore, Herbert Jones, Brandon Ingram, CJ McCollum, Larry Nance Jr., and Trey Murphy will need to inject more perimeter defensive pressure. I see a more than a decent start from the Pels but the Suns closing them out and winning this 112:107.