Phoenix Suns vs Oklahoma City Thunder: the Suns to get another win 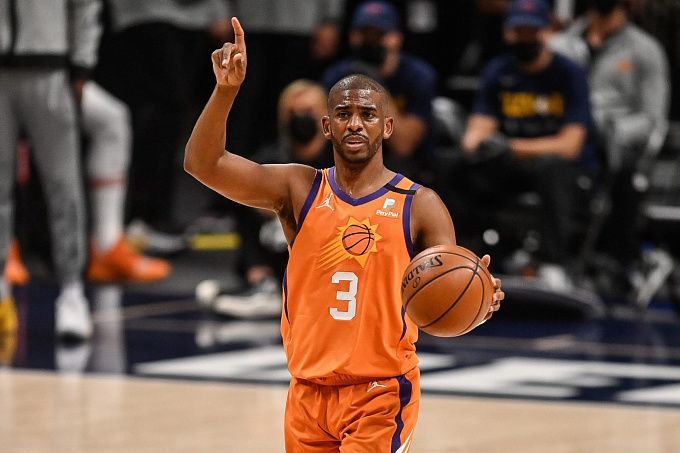 Phoenix continues to take victory after victory. The next opponent for Chris Paul and Monty Williams's team is the Oklahoma City Thunder. Will the Suns manage to win again? Let's pick a few options to bet on at once.

Phoenix clinched the No. 1 spot in the conference

The Suns have only 5 losses in 30 games. Monty Williams' team is approaching the matchup with Oklahoma in 1st place in the Western Conference standings. In their last 8 games, though, Phoenix has lost twice, to the Golden State and the Los Angeles Clippers. That said, they did beat Boston and the Los Angeles Lakers during that stretch.

It was LeBron James' Lakes who outscored the Suns in the previous away game. The most productive player for the Suns was Devin Booker, who recovered from injury and scored 24 points.

While the Thunder set an all-time anti-record this season, losing to Memphis by minus-73, overall, you can't say the season is going badly for Mark Daigneault's team. Okla has 11 wins in 30 games and still has plenty of chances to even contend for a top-10, play-in round. The Thunder are just two wins away from the top 10.

The last game saw Oklahoma outplay Denver 108-94. This was the third consecutive success for the Thunder. Before beating the Nuggets, the team defeated the Clippers on the road and took revenge on Memphis, beating them by only 2 points.

Last season Phoenix beat Oklahoma in 2 out of 3 matches.

Oklahoma leaves a pleasant impression in most games this season. Still, the young team is unlikely to cope with Phoenix. It will be a back-to-back for Oklahoma, and their opponent also looks very potent in the current championship.