Phoenix Suns vs Philadelphia 76ers: Top of the league Suns take on the top of the East contender 76ers 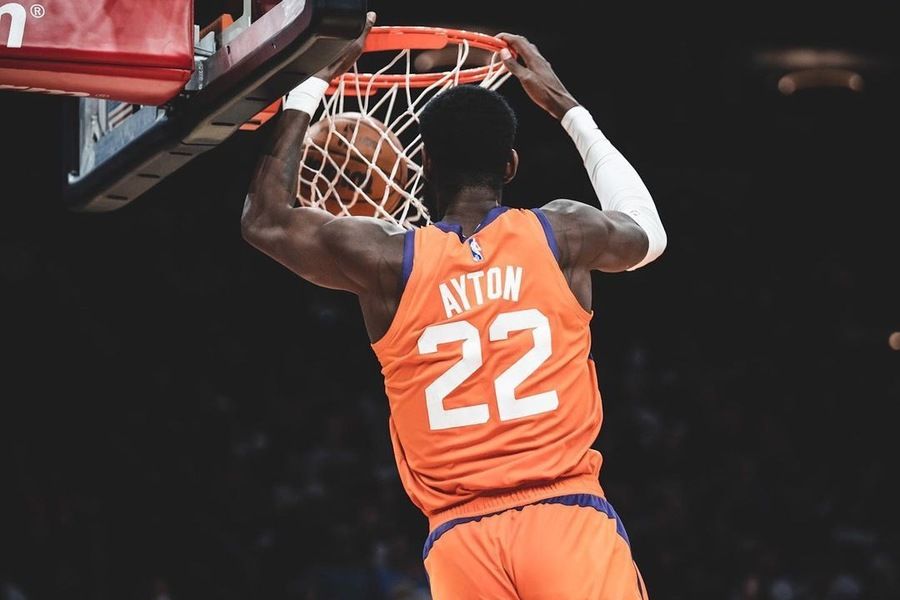 As someone who covers virtually all of the NBA games daily at this point, this season has been another tricky affair in terms of prediction. Like teams, I have my own winning and losing streaks, and as someone who has been for the ride since the beginning of the season, this has been a wild one like any other. So, yes covering so many games in these decently sized articles is surely not an easy job and the job is much tougher for the athletes who have to play for months an up-and-down brand of basketball. Keeping that in mind, let us jump into the riveting match-up between the Phoenix Suns and the Philadelphia 76ers.

There is no way to catch up to the Suns in terms of the overall record at this point. They don’t care whether they are playing at home or away from, whether it is a high-scorer or a low-scorer, they keep on stacking up wins. They don’t get fazed when getting behind in the game and always have that big run to march back into this game. The team depth is just incredible and there is no way any other squad has been as inconsistent as the Suns throughout the season. They set the tone with the 18-game winning streak early in the season and they haven’t looked back since. They are the only team with 60 wins and this team just doesn’t get satisfied with what they have achieved, they keep on piling on wins.

Sixers can be tough in the Playoffs

The Sixers have paired up Joel Embiid and James Harden and this means that their scoring is brilliant from the perimeter and inside both. Harden has surely raised the Point Guard position and has given the team much-needed playmaking that was missing earlier in the season. Embiid can now relax a bit and doesn’t have to drop 30+ anymore for the Sixers to win. Tyrese Maxey and Tobias Harris have done a great job too and their role will be key once the Playoffs arrive. With the two superstars busying the most of the defense, these two will need to knock down their open shots. One other wish for the Sixers fans now will be no player among their four main offensive players get injured. Guard Matisse Thybulle will play a huge role too as the perimeter defender.

The Suns will have to deal with the two-headed dragon of Embiid and Harden here. Perhaps Bridges will draw the assignment of Harden on most possessions but Booker has also improved as an individual defender. On the other hand, Ayton will have his hands full with Embiid but he can get it done on most nights, but yes, during most nights, there is no stopping Embiid. On the other hand, the team defense of the Suns will also have to ensure that Maxey and Harris are contested because these two can also have one of those hot nights from the field, espescially Maxey.

The work for the 76ers' defense is also cut out. The backcourt tandem of Paul and Booker is arguably the best in the league, while Booker strings together a bunch of points, Paul is dangerous in late-game situations. Paul is the leading playmaker but Booker is no less effective these days. Bridges will be key for the Suns and he will cause headaches for the Suns' defense too while Ayton can also match up well against Embiid on the offensive end. Crowder is not an assertive offensive player but has produced bigger scoring nights than Thybulle on average. Off the bench, the Suns have the luxury of bringing in Cameron Payne who doesn’t let the beat drop on the offensive end.

Assuming they are available, these are my player-props predictions:

Points Range: Both teams are fantastic offensive squads and can score in a variety of ways. The Suns can utilize Booker and Paul as major ballhandlers while Bridges is developing into more than a slashing wing and can even create his shot regularly at this point, dropping a ton of paint points. Getting paint points is also a regular trade for Joel Embiid but he can do damage from other areas too. A lot of shot creators will be on display in this game so there can be a potential of a high-scorer. The Suns know when to pick up their defense and even if they allow 110+ or so regularly, their high-scoring ways can bail them out. It means that we can see a high-scorer and the points range seems to be 230-240, leaning more so towards the early 230s.

Prediction: Although no team has had the answer for the Suns, the 76ers can be a menace away from home and has been raiding teams away from home. The Suns have been doing a great job of putting pressure by using multiple offensive schemes and they are just too loaded at this point. Defensively, the 76ers can be hard-nosed and having Embiid and Thybulle has been huge for the team. However, I still the Suns continuing their win parade and take this game 119:112.