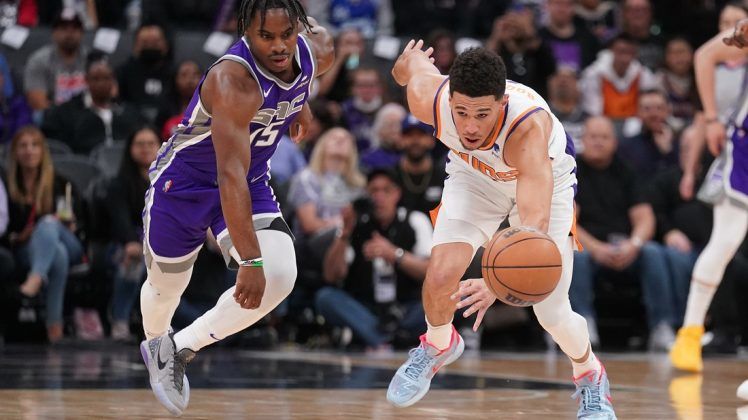 This will be my last write-up on the NBA Regular Season and then we will meet again for the much-anticipated Playoffs leg. We have seen the Phoenix Suns establish their supremacy and they will be facing the Sacramento Kings here. The season holds a lot of value for the Suns while the Kings keep going in the same ditch of building a new core.

The Suns with a huge chance to nab a title

This season has been the best in the Suns' franchise history. There is no doubt that they are the best close-out team in the league and are able to erase big deficits and bury late-game shots. The Suns have built a deep roster, and winning culture, and coach Monty Williams has found a load of combinations to work. This is a team that transformed last season and made a trip to the Finals and this season they improved further as Mikal Bridges took his game to another level.

The backcourt of Paul and Booker will be too much to handle during the Playoffs and with a closer like Paul, the Suns will fancy themselves to win in late-game situations. Defensively, I see an even more intense effort from the Suns and with Ayton patrolling the middle, Booker and Paul fighting it out in the middle, elite defenders Bridges and Crowder, their defense is sure to pick up during the Postseason. Scoring-wise, the team is full of ample shooters, slashers, shotcreators, and post-players.

The Kings need some mantra to succeed

The Kings keep on failing. It is the same old story again. They look outmatched against elite teams and their young players despite developing are not able to take the team home during most games. I don’t even know who to blame at this point but yes, the Kings management has made some strange decisions for sure. Coach Alvin Gentry has had an awkward time too and Guard Donte DiVincenzo was not sure why he didn’t receive a starting role despite a depleted lineup and I wholeheartedly agree with the All-Around talent.

Davion Mitchell has proven to be an elite defender and has consistently improved his playmaking abilities. He can help out Fox on the defensive end while Sabonis has been a huge factor on the rebounding and paint-scoring. However, I am unsure if Harrison Barnes fits into the team’s plans long-term and the offseason can be full of trades(yet again). How will the Kings go about it? Will Alvin Genty remain as the head coach? What is Fox’s future with this team? Once again, the Kings answered no questions and left us with more inquiries, I feel for their fanbase a lot.

Points Range: There is no doubt that the Suns are more loaded than the Kings on both ends of the floor and at their home floor, with the last Regular Season in the mix, they will be willing to finish with a 65-game win season. The Kings have been out of sorts lately, they lack ample shot-creators and their defense has been all over the place even against so-so teams. The Suns will look for a balanced scoring effort and there is no doubt that they can slither through a Kings team that just played last night. I believe the total points range here is 230-240.

Prediction: For the Suns, this game is more of a filler but, to be honest, they have not treated any game as a filler despite notching the best record long ago. They have not let the intensity go down and with a four-five days rest, they will be looking to go all out and give their fans more reasons to celebrate. I believe they will clinch a 124:109 win here.