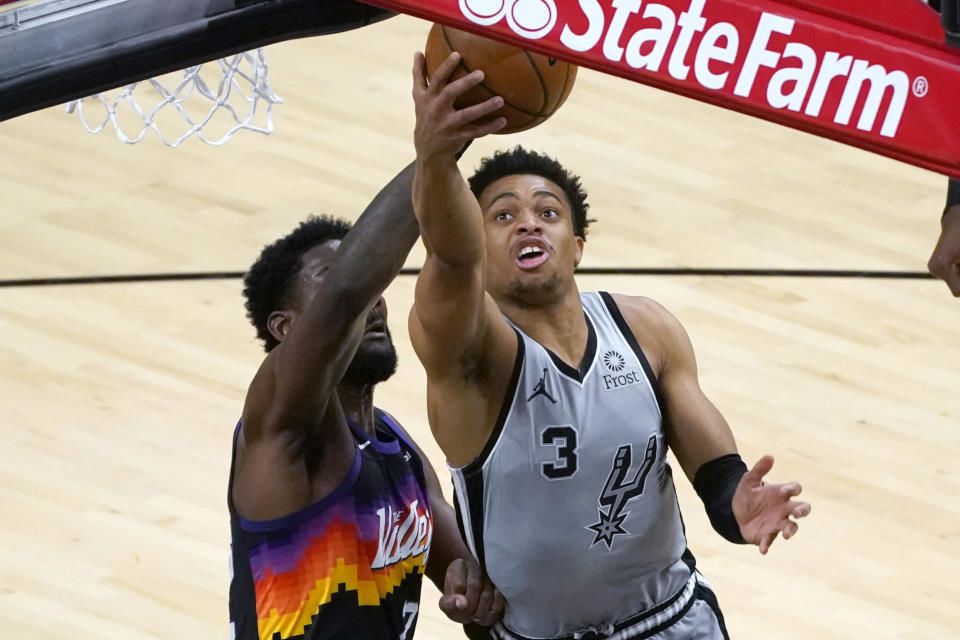 NBA betting is risky even if you vote for the favorites odd-wise. Top teams are defeated by bottom feeders every now and then and you never know when someone gets hot and someone gets cold. In this game, the in-form San Antonio Spurs will visit an elite team in Phoenix Suns. Can the Spurs continue their four-game winning streak here? For quick notes, head over to the “Expert Betting Tips” section.

Passing galore: While Spurs are second in the league in assists per game, with around 28 per game while Suns get in around 26 assists a game, which is among top-five teams. It is clear these two are great passing teams, why so? Well, the Suns have Chris Paul who can give around 10-13 assists each game regularly while the Spurs backcourt duo of Murray and White can combine for 13-15 assists each game regularly. The passing game is solid here and that is why these two are among the highest-scoring teams these days.

How much can these two score?: Both teams have hovered in the 112-118 points range recently which means things are clicking. However, in Suns’ case, msot high-yielding games were coming when Booker was healthy, who was managing 30 points or so before his injury. The Suns have struggled early to generate offense and at times run out of options. Still, I believe the Suns can figure it out soon with Paul controlling the ball. Suns are shooting around 48% while Spurs 47% so this can be an efficient scoring game.

Defense: Spurs defense has been on-point recently and with Murray patrolling the perimeter, Keldon Johnson improving at the big forward, and Poeltl’s shot-blocking in the middle, the Spurs have held opponents between 83-107 recently, which is by far their best recently. Meanwhile, even with Booker out, the Suns’ lengthy defense can hold opponents to 100-107 in high-scoring scenarios. Let us see what kind of defense is played in this game.

Points Range: Ah, of course with two high-scoring teams in the fray, you’d be attracted to discuss the “Total”. I will state what I believe rather than first looking at the Total Under or Over set on identical odds by the bookmakers. I think both teams will go past 105 at least here and score between 106-116 points. I predict a points range of 219-230 points here.

Prediction: This is not easy as it looks to predict. The Suns are without Devin Booker for this game which means losing a ton of points. Still, with the handy Chris Paul-Deandre Ayton combo, the Suns can open up the offensive side. I think the Suns will break the Spurs’ streak here.