Phoenix vs Clippers: The first finalist is on the way 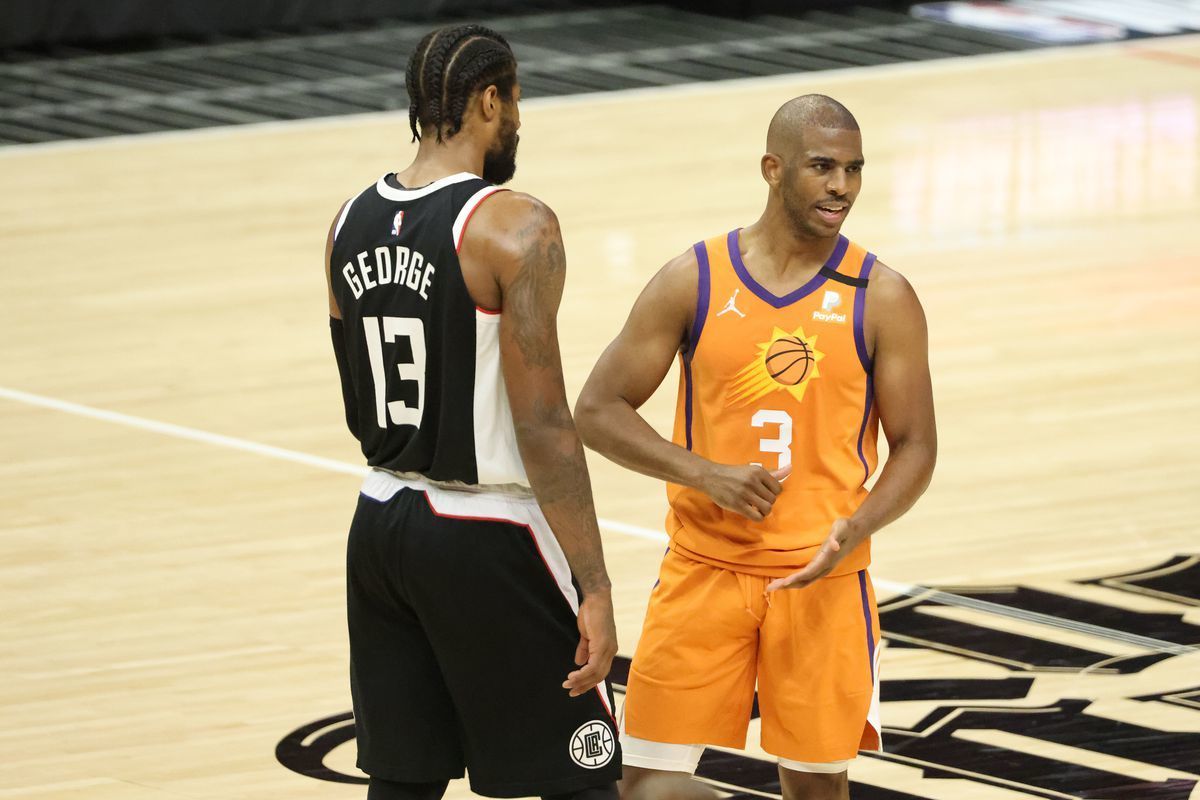 Phoenix are one step away from reaching the NBA Finals. A home game against the Clippers is a great opportunity to determine the series winner. The odds on the home team’s win have risen sharply, should they take advantage of it?

The Suns have won 10 of their last 11 playoff games and could well be ranked as seasonal favourites. Even without Chris Paul, Phoenix led 2-0 against the Clippers in the series, and with the return of the veteran star, the team has become even more diverse on offence. In the meantime, Monty Williams’ men are very good on defence and their opponents don’t take many easy shots from beyond the arc. Mikal Bridges has long been considered one of the best defensive linemen in the league and Jae Crowder has become a perfect fit for the Suns’ defence. Deandre Ayton has undergone a noticeable transformation and has been very useful on both sides of the court. Devin Booker is having a great playoff run, averaging 27.1 points, but his broken nose has taken its toll on his game. Booker is now out on the floor wearing a protective mask and the discomfort is noticeable, and the stats have slipped noticeably. The good news is that Cameron Payne is back in action, and the day before Abdel Nader recovered from injury. Both made it to the court in their last game against the Clippers.

Winning game 4 of the series was not easy for Phoenix. In the end, they were luckier, 84-80. At the same time, Monty Williams’ team led the way the entire game, with their lead reaching the 16-point mark on several occasions. The Suns made only four 3-pointers in the evening, but they also did a great job at the arc and didn’t let their opponent get going. Phoenix scored more often on the offensive end, with much of the credit going to Ayton. The Bahamian centre had a double-double of 19 points and 22 rebounds. Devin Booker was the highest scorer with 25 points.

The Clippers have been down since Kawhi Leonard’s injury, although they were able to get past Utah without one of their stars. Reggie Jackson is now the second option on offence and it’s hard to expect them to reach the finals at this juncture. The team’s head coach, Tyrone Liu, is trying to adjust to his opponent and is giving big playing minutes to Ivica Zubac, although Los Angeles made it to the Western Conference Finals in large part thanks to the small five with Morris and Batum as the bigs. Paul George is averaging 27.5 points in the series with Phoenix, but his overall efficiency has slipped markedly: 35.8% from the field and 27.9% from beyond the arc. Besides Leonard, the Clippers are missing Serge Ibaka, who is out for the rest of the season due to injury.

In last week’s game against Phoenix, Tyrone Liu’s team made only 16.1 three-pointers. Only Mann and Zubac had more or less acceptable shooting percentages from the game, with a combined 25 points. Reggie Jackson frequently missed passes and made only 8 of his 24 shots. The opponent fouled and lost the ball more often, but the Clippers could not take advantage. Paul George had 23 points, 16 rebounds and 6 assists on 5-of-20 from the field and was the best rebounder on the team in nearly every regard. With 6 seconds to go, George could have cut the lead to a minimum but missed two free throws.

Phoenix are capable of beating the Clippers even with not the best squad, and in the absence of Kawhi Leonard, the hosts look much more preferable in the selection of players. With Nader back, the Suns’ bench has become even more varied. Zubac can’t cope with Ayton, and one can only hope that Tyrone Liu will still rebuild LA’s game. Booker and Paul combined for just 14-of-44 shots from the field in the last meeting, so Phoenix have a reserve to bolster their offence. I would suggest placing a bet on the following outcomes: