Phoenix vs Dallas: Mavericks won't have time to rebuild the game 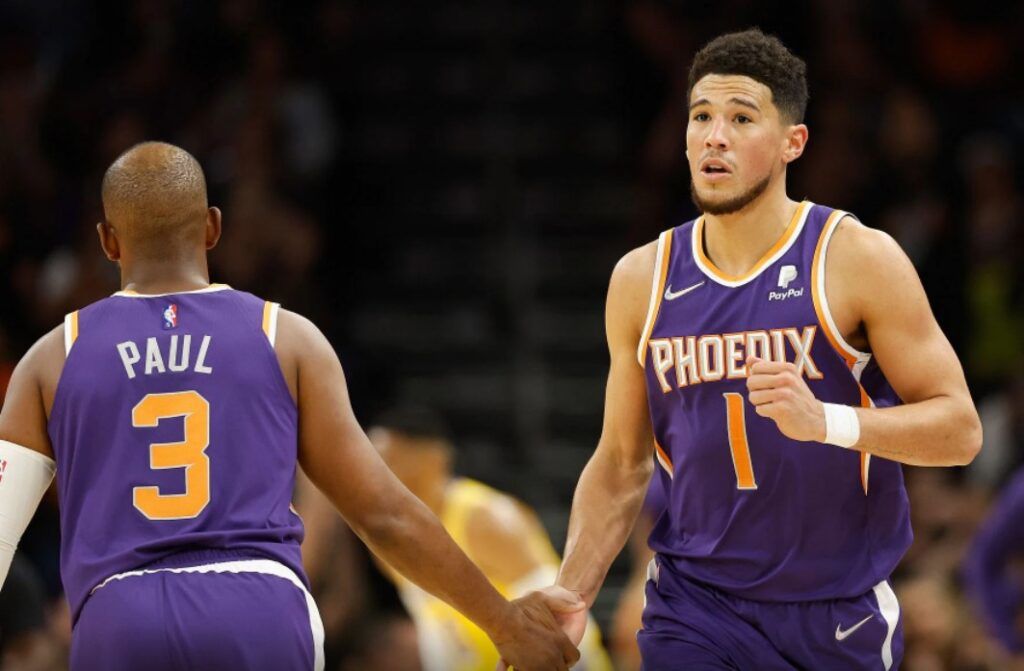 Dallas can't beat Phoenix in the regular season for more than 2 years, and in a case in Game 1 of the playoff series, the losing streak will reach the 10-game mark. Will the Mavericks be able to end this streak?

The Suns this season only confirm that they didn't reach the finals by accident last year. Phoenix deservedly finished 1st in the West at the end of the regular season, and right now, their squad seems the most balanced among title contenders. In addition to Chris Paul and Devin Booker, the team has good sharpshooters like Landry Shamet, Jae Crowder, and Cameron Johnson, with the latter two working very decently in their half. Deandre Ayton looked outstanding in the last playoffs, and his offensive arsenal will also come in handy. The Bahamian center can shoot well from under the basket and from midrange. In the absence of Booker, Mikal Bridges has proven that he can be useful not only in his half. In Game 5 against New Orleans, he scored 31 points and helped Phoenix win. The only concern is Booker's early return, as he was expected to miss 2-3 weeks due to injury. Only Dario Saric is on the sideline, and he is unlikely to return to action before the end of the season.

In the last game of the series against New Orleans, Chris Paul hit 14 of 14 shots off the bench, and Phoenix won 115-109. Booker was little noticeable, but Ayton and Bridges were efficient on offense, scoring 40 points between them. Still, their opponent kept the intrigue alive almost to the final siren. The Suns' main vulnerability was fighting under the basket as the Pelicans grabbed 12 offensive rebounds and extra possessions.

The Mavericks have shown an outstanding defensive game this season, and the series with Utah have only confirmed this. Dallas defeated the Jazz in 4 of 6 games, and in 4 games, the team conceded less than 100 points. Even Luka Doncic's absence did not hurt Dallas holding a 2-1 lead through the first 3 games of the series. Jalen Brunson showed himself in the playoffs and led in scoring after the 1st round. Not to mention Maxi Kleber, who made over 50% of his three-pointers, and Reggie Bullock, helping the team from beyond the arc. Tim Hardaway Jr. is still out for the season and will not play in the series against Phoenix.

In the recent game against Utah, Jason Kidd used the small five with Dorian Finney-Smith at the center position, and it has paid off. Dallas once again played good defense and won 98-96. Only six Mavericks players scored in the game, with Kleber and Bullock missing three-pointers: 3 of their 11 attempts overall. Finney-Smith and Dinwiddie made up for it, with Brunson and Doncic leading the way with 24 points each.

History of the Phoenix vs Dallas head-to-head encounters

Phoenix have beaten Dallas nine games in a row, with the Mavericks' last win coming in November 2019. In the last meeting, the Suns were stronger on the road with a score of 109-101. Neither team had major losses, with Frank Kaminsky, Abdel Nader, Dario Saric, and Sterling Brown all absent from the floor.

The head-to-head meetings are not in Dallas' favor, and the disposition is unlikely to change much before the series opener. Jason Kidd noted in a recent interview that the team needs to rebuild, especially on defense against the bigs. Deandre Ayton will be more difficult to neutralize than Rudy Gobert. The Mavericks lack the size: Dwight Powell and Maxi Kleber, for example, are under 210 centimeters tall and Boban Marjanovic is unplayable in the postseason. On offense, Phoenix have a very diverse roster, and several decent defensive players, and Devin Booker should be back on track after his injury. I want to wager on the following outcomes: