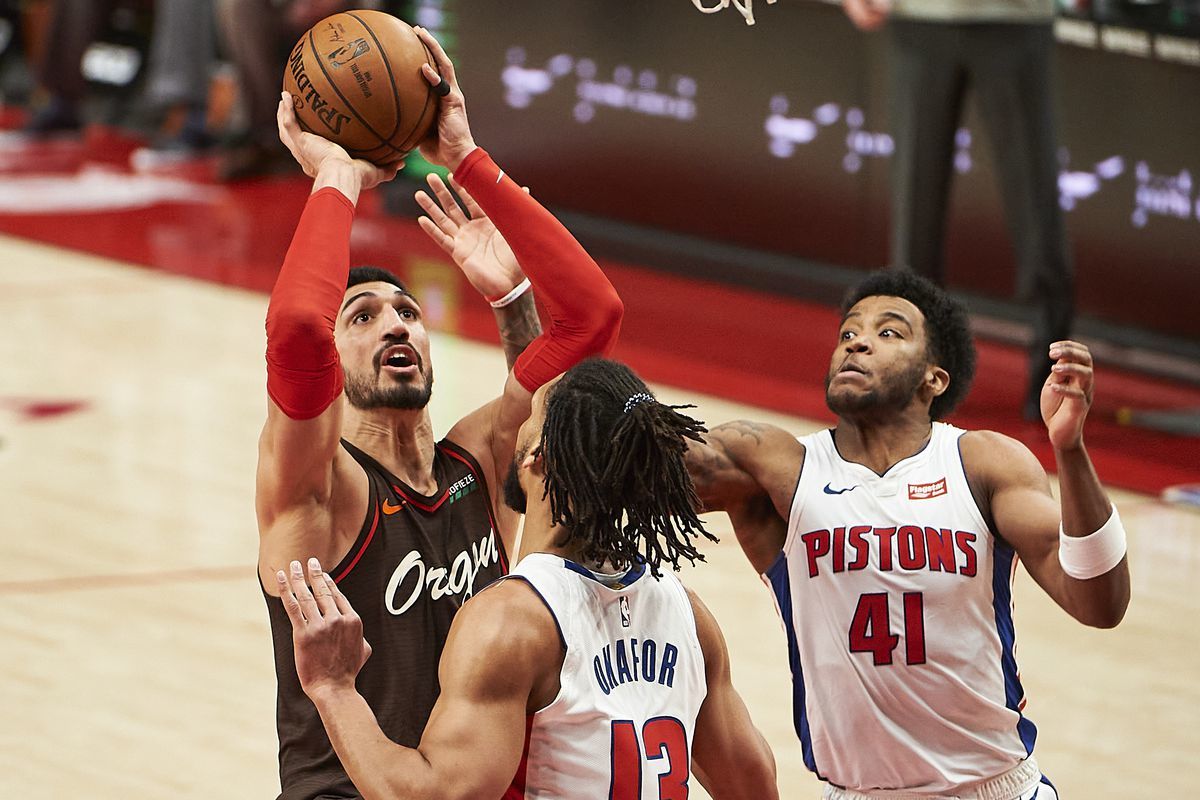 In this match, East’s Detroit Pistons pay a visit to the Portland Trail Blazers in a classic inter-conference affair. Pistons have lost four times than they have won while Portland is a game under the 50% win mark. On the other hand, the Pistons are struggling massively winning just four of their 17 games so far. For a quick overview, head to the “Notes” section.

Detroit Pistons: Too much youth

Inexperienced: Pistons average a league-worst 99 points per game and shoot a horrendous 40.6%, which is against the worst in the league. Cade Cunningham at the guard position is a rookie, and although he has chipped in with 6-8 rebounds and 6-9 assists consistently, his shooting percentage is below 40%. Saddiq Bey has been up-and-down but can put in around 15, he is a sophomore. On the other hand, Jerami Grant is the only experienced scorer and gets 20-25 points frequently. Overall, the Pistons offense is largely dependent upon one or two players and most of the players are either too young or have been inefficient.

Nowhere to hide: There are times that make up for their offensive inefficiencies through defense, frankly, Detroit is not that team. Their defense has improved but still, it has not improved enough to keep that in games. They are givinga away 48% field goal every game and that is the worst number in the league. They scrap just 42 rebounds on average and are among the bottom two rebounding outfits. The Pistons have nowhere to hide because they struggle on both ends.

Portland Trail Blazers: They are even worse than Pistons defensively

Porous defense: Defense and espescially perimeter defense has been a headache for the Trail Blazers. Oppositions shoot around 38.7% from three-point line against them, and that places them in bottom two among the 30 squads. Teams can establish a passing against the Trail Blazers who allow around 26 assists a game, a rate that places them in bottom-five. Portland has been terrible on defense, espescially away from home as teams have enjoyed the opportunity to score 117-125 points regularly against them.

The offense is a little inconsistent too: Damian Lillard who averaged 30 a game last season is just averaging 22 points which is a dip of 8 points. He has had some games where he has been shutdown and for a team that is poor defensively, that can bring calamity. CJ McColum average around 20 but he has been inconsistent too. There are other offensive options in Nurkic, Simons, Little, Covington, etc. but perhaps only Norman Powell, with his 16-22 points production has been consistent on that end. For a team that gives away so many points, offfensvie lapses are downright fatal. The Trail Blazers does hit 13-14 threes, making them one of the top five squads in that regard but they lose that advantage by giving the same number pretty much every game.

Points Range: At home, Portland has constantly scored in the excess of 110 and this could be one of those games where they repeat it again. Pistons averaging under 100 a game but they have a chance to improve their offensive output against a flailing defensive unit. I predict a Points Range of 210-225 for this game.

Prediction: Trail Blazers have lost three in a row before this game while Detroit six in a row. So, two teams with a poor run will come up against each other. You’d fancy Portland at home but this is the NBA you know! Anyway, we predict Portland will win with a statline of something like 119:105.