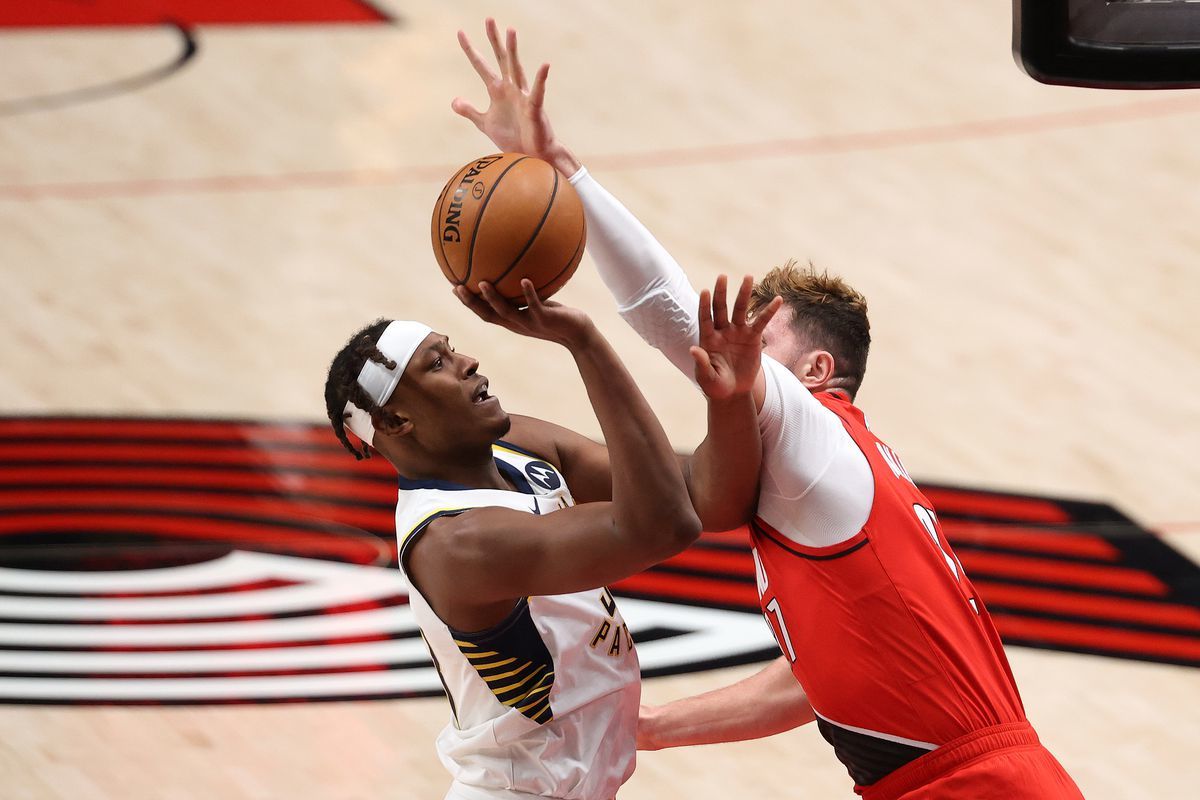 The NBA Regular Season is on and this has been a fascinating season with a lots of results making our heads spin. As it stands right now, the Boston Celtics, the Milwaukee Bucks, and the Phoenix Suns are the top three teams and the rest of the league is just paying catch-up. Two of the teams that have a lot of catching up to do in the Portland Trail Blazers and the Indiana Pacers are going to take on each other.

The Trail Blazers come into this game after defeating the Utah Jazz 116:111 as Anfernee Simons turned in a heroic 45 points effort. They stalled their three-game losing streak through the win and have been playing without Damian Lillard who is the team’s leader. With 12 wins and 11 losses, their record is nothing remarkable but the derailment when Lillard got injured, before that, the team was at 10 wins and four losses. Lillard is likely to make a comeback here.

Jerami Grant and Anfernee Simons have been the biggest contributors, averaging 50+ during most games as a duo, and have had both big nights. With the lack of ample offensive support around them, Portland has suffered some close defeats but with Lillard’s return, the team will get the earlier boost. With the next four games at home and Lillard most likely returning, the Trail Blazers’ chances will take a boost and it will be interesting to see how they respond to that change

The Pacers enter the fray after losing 119:139 against the Jazz in another disappointing defensive performance. The Pacers have now lost two in a row but still have a respectable 12 wins and 10 losses record, thanks to a five-game winning streak during mid-November. Barring some defensive lapses recently, the Pacers have done well as they have been led by an incredible playmaker Tyrese Haliburton. He is an early candidate for the All-Star team and also a candidate for the Most Improved Player Award.

Myles Turner’s return has bolstered the defensive end and he has also been a strong scorer. Buddy Hield has been a much more efficient scorer whereas rookie Benedict Mathurin has given a more than decent scoring punch off-the-bench. Jalen Smith has been a strong rebounder whereas another rookie Andrew Nembhard has made crucial plays too. This is a young and fighting team but has a long way to go on the defensive end for the most parts. Turner can be on the move considering his explicit requests for trade to the Lakers so the team can end up becoming a lottery one.

The Trail Blazers just played last night in a close affair, too away from which means they will come in with fatigue. But last night's win can also act as a catalyst for a big gain here especially if Damian Lillard returns. Tyrese Haliburton’s status is up in the air and his presence plays a vital role for sure. Regardless of the return of the two major athletes, this promises to be a high-scoring affair. I’d pick Portland here, especially if Lillard returns. I predict a 125:117 scoreline in their favor.