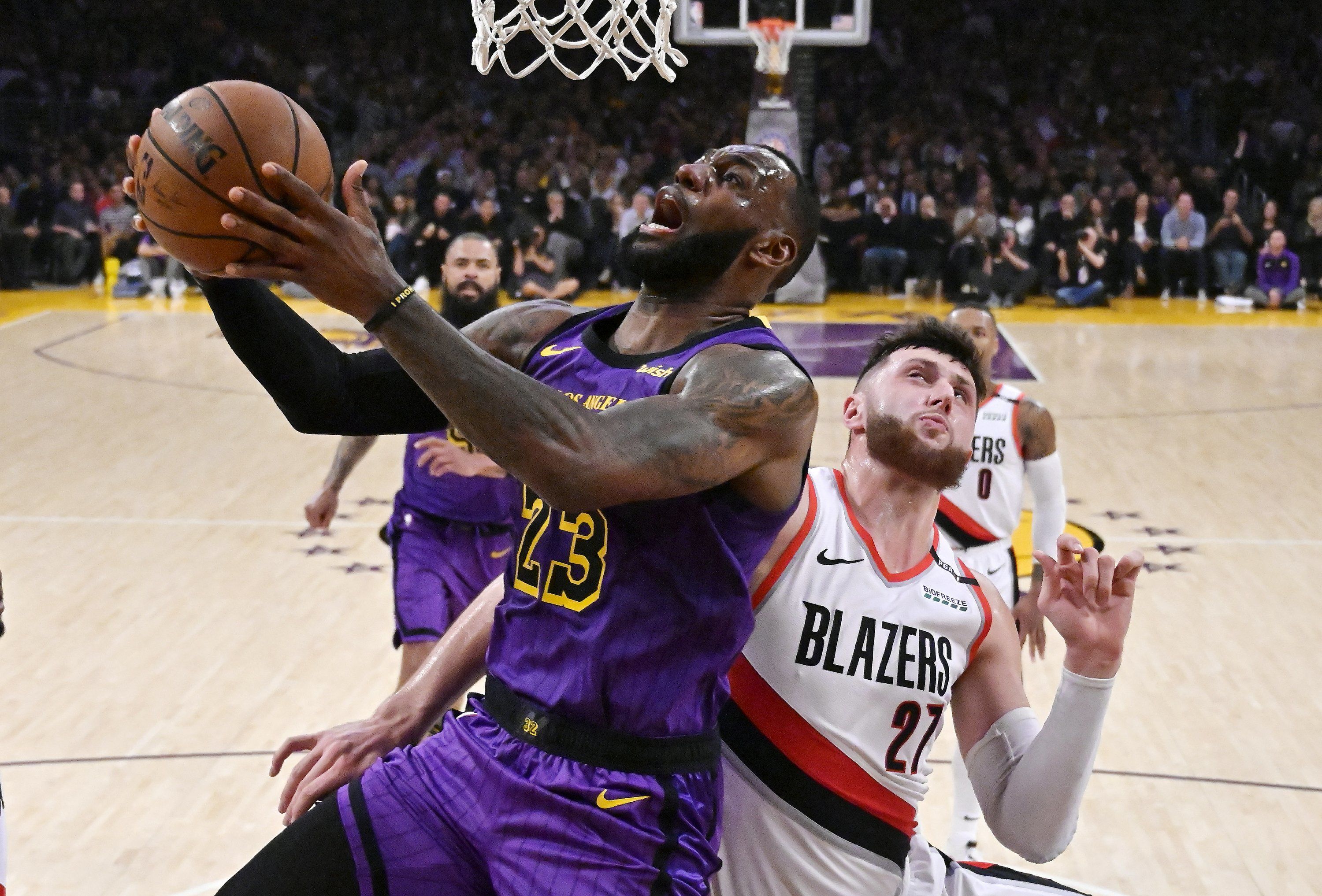 The NBA trade deadline is here and well, this is of course one of the busiest periods in the league. There is intense players movement and the roster combinations go up and down in this window. Well, this is the business model of the NBA which challenges various teams to adjust as the season unfolds. There are various teams who look to bring in players that can transform the season as things don’t pan out as expected. And well, as I write this piece, there can be various teams who are crafting trade scenarios and before the piece is read by you, some teams could have pulled off big moves. This brings us to the game between two teams who can be engaged in intense trading, as one of the teams in Portland Trail Blazers have already pulled off a big trade while the Lakers are hungry to compile wins.

The Trail Blazers first traded Norman Powell and Robert Covington to bring in Eric Bledsoe, Justice Winslow, Keon Johnson, and a pick. Then they traded their star off-guard CJ McCollum along with Toney Snell and Larry Nance Jr. in exchange for all-around guard Josh Hart, Nickel Alexander Walker, Didi Louzada, Tomas Satoransky, and a first-round (5-14 pick) 2022 pick and two second-round picks as well. And the team can end up in a couple of more trades today or tomorrow. Let us see how they react after the trade. They are on a six-game losing streak and need to first snap this streak.

On the other hand, the Lakers keep on failing against elite teams. Right now they have 26 wins and 29 losses. The Lakers are in dire need of some trades and the Westbrook acquisition hasn’t worked out so far. Russell is not fitting into the current system and he is the type of player who I believe needs the reins of a team to be effective. Anyway, the trade deadline is here but are there any takers for Westbrook’s hefty contract, or can the Lakers front office work some magic? Or will the team just keep trying with the current setup? For my game total and result prediction, go to “Expert Betting Tips”.

Trail Blazers busy in the market, Lakers craving for change

Portland has broken up the guard duo of McCollum and Lillard, which may not have brought the desired results but that was surely a formidable scoring guard duo. They have also parted ways with Norman Powell, who they acquired in the trade last season for Gary Trent Jr., a trade that didn’t make much sense to me back then and looks even weirder now. However, getting Josh Hart does give a new dimension to the guard spot but yes, the team’s current roster makeup is in total disarray. Is Jusuf Nurkic going to be on the move soon? Are the Trail Blazers waiting for the offseason and probably field roster than bring a draft pick? At least, Anfernee Simons can run the show with Lillard out long-term and probably learn quite a bit.

Lakers’ fans are frustrated to no ends

The Lakers core of Davis, LeBron, and Westbrook hasn’t worked well at all. At this point, the flood of criticism and late-game benching has snapped the confidence of Westbrook, someone who used to be a closer during the post-Kevin Durant years. Westbrook has struggled big-time since he has played alongside superstars in recent history and I’ll keep arguing that he is someone who works well when he has the reins of a team. The Lakers bench balance is also disturbed in absence of Carmelo Anthony. However, the overall issue remains not being able to patch up victories against elite teams. The Lakers are one of the worst defensive teams and their woes can be also related to the fact that they have been constantly outhustled.

Points Range: The Trail Blazers combinations are all over the place and well, not much can be expected on the offensive end from them and neither on the defensive end. They have scored below 100 points in most of the games recently but against a team like the Lakers that provides opportunities to score early in the shot clock, well, Anfernee Simons and co. can enjoy a fun period.

On the other hand, the Lakers have usually scored 110 points or more on a regular basis. However, their defense has suffered. If LeBron, Davis, and Monk play here, they are going to go past 112 points here. I believe the Trail Blazers will score at least 105 here. The overall points range seems to be 220-230.

Prediction: The Lakers have been struggling against elite teams but the Trail Blazers are in disarray right now and new assignees Josh Hart, Alexander-Walker are not likely to play here. The team will field a second-string squad here and I doubt they have an answer for the power play of LeBron or Davis unless they are rested. I see the Lakers taking this 117:107 here.