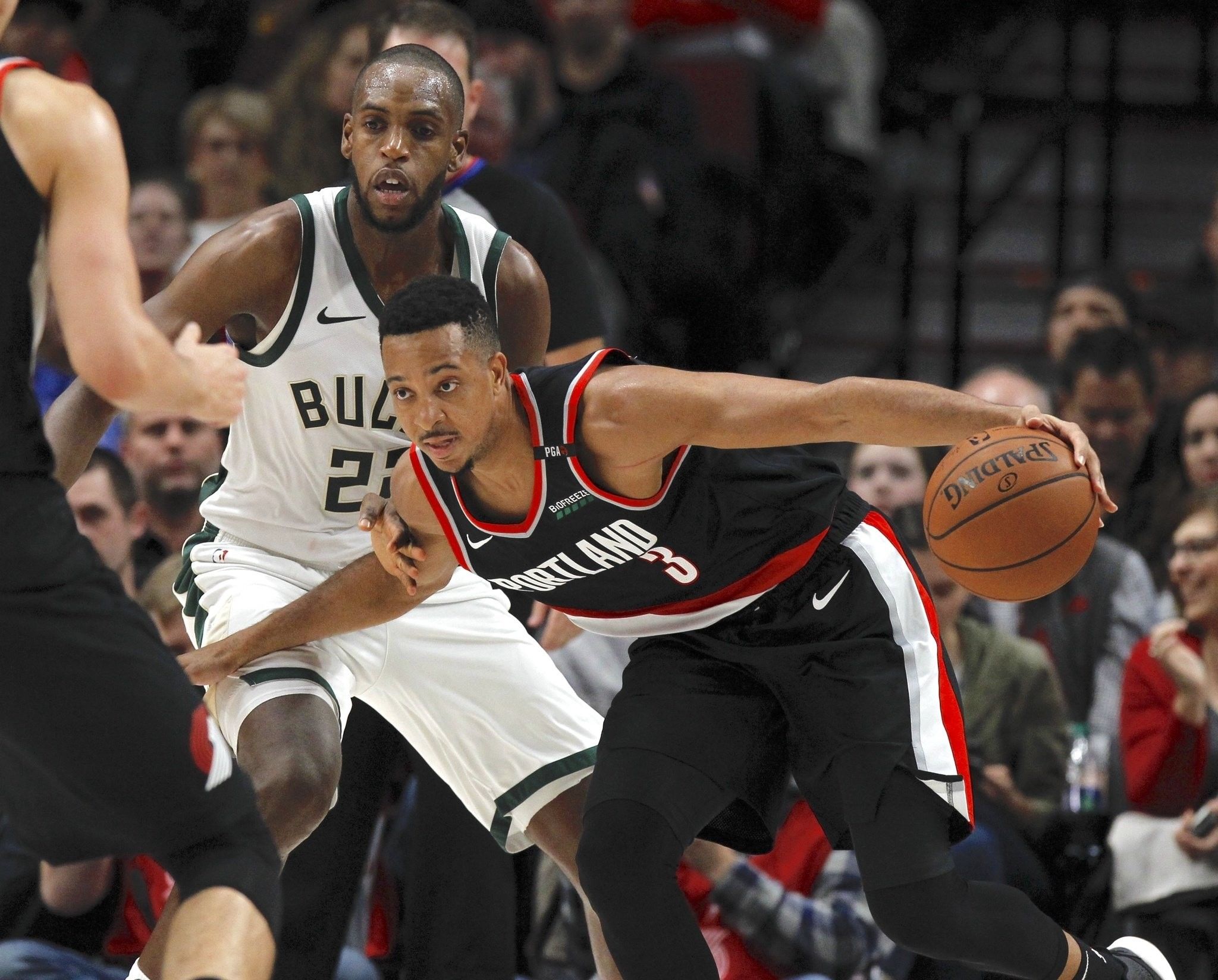 The trade deadline is near and well, most of the teams will be active participants in the exchange of players and picks. This is one of those windows where lineup shuffles are commonplace and well, the lineup shuffles can bring in contrasting results as the season unrolls. There are many players who will also be looking for a change of scenery as things are not working out with current teams. At the end of the day, NBA is a business and it implies that there are a lot of luxury tax dynamics that are also involved in these scenarios. Anyway, in this game, the Portland Trail Blazers will take on the Milwaukee Bucks.

The Trail Blazers have struggled all season, right now with a humungous 32 losses and 21 wins, currently on a four-game losing streak, and well, by now, we have grown accustomed to these sorts of streaks when it comes to the Trail Blazers. The Trail Blazers traded away their premier wing Norman Powell and big Forward Robert Covington in exchange for Eric Bledsoe, Justise Winslow, Keon Johnson, and a second-round pick. The Trail Blazers will look to capitalize upon the following window as the Postseason inches closer.

On the other hand, the Milwaukee Bucks have compiled 32 wins and 21 losses, which is by no means a shabby record, and they are in the fourth position in the Eastern Conference and well within the first position. Remember they are the defending champions but I am sure the road will be tougher this time around as the Eastern Conference has become deeper compared to prior seasons. As they take on the Trail Blazers, they will look to push for a brilliant run. Can they notch one against one of the most vulnerable teams in the league? For my game total and result prediction, jump to “Expert Betting Tips”. For players-based prediction, go to “Player Performance Prediction”.

So, how will the Trail Blazes go about it after the aforementioned Powell, Covington-Bledsoe, Johnson, Winslow exchange? It is clear that the team’s wing depth and big Forward depth have been hurt big time especially with Larry Nance Jr. and Nasir Little hurt. Little is potentially out for the season while Larry may be coming back after this game. I also think Bledsoe, Winslow, and Johnson will be available during the next game so yes, their depth is in tatters. So, perhaps they will utilize a Elleby-Simons-McCollum-Snell-Nurkic main five, a combination that hasn’t played together much during the season.

With this combination, the team is fielding three guards, a wing, and a Center. This is a lineup bereft of size and thus, it can get outrebounded against teams like Bucks and the burden to seize rebounds will only increase on Nurkic. Yes, there are multiple scorers in Simons, McCollum, and Nurkic, but with Powell traded away, the team’s overall balance is surely in tatters. The Trail Blazers have struggled on the offensive end for the last three games and it will not be a surprise if they struggle again as the bench is also not that strong with Mclemore, Smith Jr, Watford, and Greg Brown Jr. Are Trail Blazers going to rebuild soon and also trade away Nurkic and McCollum? A likely scenario indeed.

Bucks can be even better

As stated above, a 32-21 record is by no means a poor record and with a comparatively healthier roster, the Bucks can make some leaps, going on a winning run sooner than later. I can see them going on a five/six game winning streak at least soon and with a long home stretch after the current four-game away from the home stretch, they must be confident about their chances. See, the Eastern Conference race to the top is not as lopsided as the Western Conference, and the East despite being deep is heading towards an intense window for the number one position.

In this game, the length of Giannis Antetkounmpo, Bobby Portis, Khris Middleton, Jrue Holiday, and Allen far surpassed the Trail Blazers’. This is surely a huge advantage and can help the team scrap rebounds on both ends of the floor and also perform closeouts on the defensive end. The low block can also be owned by the Bucks and for a team that has a ton of finishers, which can make the job for the opposition highly tricky. The team has three high-quality all-around players in Giannis, Khris, and Jrue, all capable of scoring, rebounding, and playmaking at a high rate. So, well, the Trail Blazers will have their hands full especially due to the lack of size on all positions except the Center position.

Assuming they are available, these are my player-based predictions

Points Range: The Trail Blazers are going through one of their worst phases offensively, and have scored 94 or fewer points in the last three games, reminding me of their early to mid-December scoring periods. With Powell gone, the team has undoubtedly lost a quality shot creator. On the other hand, the Bucks have gone past the 110+ points mark consistently and even if they have had some tough offensive games below 100 points, with Jrue Holiday working back into the shape, the 110+ points trend will continue.

Prediction: The Trail Blazers have a huge disadvantage in terms of size, athleticism, and skill set when compared to the Bucks. I have a doubt that the Trail Blazers will be able to contain Giannis’ driving game and I see the Bucks running away with this game by the second quarter. I think the Bucks will seal the deal here 120:98.