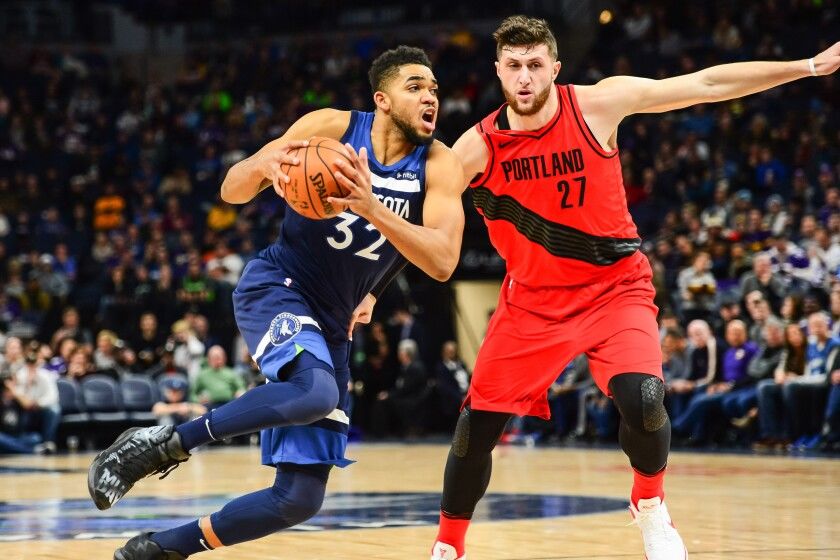 The NBA betting scenario keeps churning out interesting results night in and night out. Mostly, it is difficult to predict when a red-hot offensive team can go cold or when a cold team figures out their offensive side. This is why we see so many varied results over the season and it becomes only trickier as the season moves on ahead. However, it is this very aspect that makes this affair fun. And in another tricky betting affair, the Portland Trail Blazers will host the Minnesota Timberwolves in a typical Western Conference scenario.

Portland has won 20 and lost 26 games so far, and yes, although the record may not look alluring, the team has done well recently. The Trail Blazers have won six of their last eight games, and most of those wins have been away from home against teams with better records, indicating their recent form. On the other hand, the Minnesota Timberwolves have 23 wins and 23 losses, hovering around the 50% win for most of the season. They have won three out of the last four games and have done well on the offensive end. Can the Trail Blazers continue their current wonderful run against a high-scoring Timberwolves team. For my game total and result prediction, go to “Expert Betting Tips”.

Blazers are doing well these days, Timberwolves have a lot of potential

Trail Blazers’ have made a decent push

Portland has struggled to stitch together many winning windows this season and that is why their current run has been an unprecedented one considering they are playing without their top scorer Damian Lillard and although Norman Powell will be playing here, he was also missing from the picture, someone who has scored in the 15-20 range. CJ McCollum is back and has had some strong games but it is the play of Center Jusuf Nurkic, grabbing big-time rebounds and scoring on a regular basis. Covington has done well while Little can raise his scoring level when needed. McLeMore has done well off the bench but overall, the Trail Blazers’ current run can be one of those phases that are not going to last long.

Minnesota has done a wonderful job of generating points this season and the Timberwolves have built a strong offensive squad. Edwards, Towns, and Russell are capable of scoring 20 or more on a regular basis, with all of the three bringing in different toolkits at the offensive end. Jaylen Nowell and Malik Beasley have been dynamic scorers off the bench and overall, the Timberwolves have a wealth of scorers. Defensively, the team has struggled big-time during most games and it is clear that they have built a shootout type of identity. The Timberwolves are set to crack in the Play-in Tournament if they keep playing at this level.

Points Range: The Trail Blazers have scored in the 109-115 points range in three of the last five games while scoring under 100 in two of those games, but yes, their offense has been better than last month. On the other hand, the Timberwolves have been one of the highest scoring teams in the league, having scored 119 or more in three of the last four games, not scoring below 112 points in the last four games. The Timberwolves have done a great job finding offense from different departments. Defensively, the Trail Blazers have battled it out, giving away 104-105 points in the last three games and this is also an improved effort from the team on the defensive end. Meanwhile, Minnesota has given up 110 or more during most of the games this month and can lose focus on that end quite a bit. I think the total points range here is 220-230.

Prediction: These two teams have done well lately, with Trail Blazers especially doing much better on both ends of the floor. Match-up wise, the Center battle between the Timberwolves’ Towns and Jusuf Nurkic, both of the players who have done well this month. The Timberwolves have a deeper bench depth and they are more versatile offensively. I think the Trail Blazers will do a tough job on the defensive end and take away the scoring lanes through their Forward length. I think the Trail Blazers will win this 114:108.