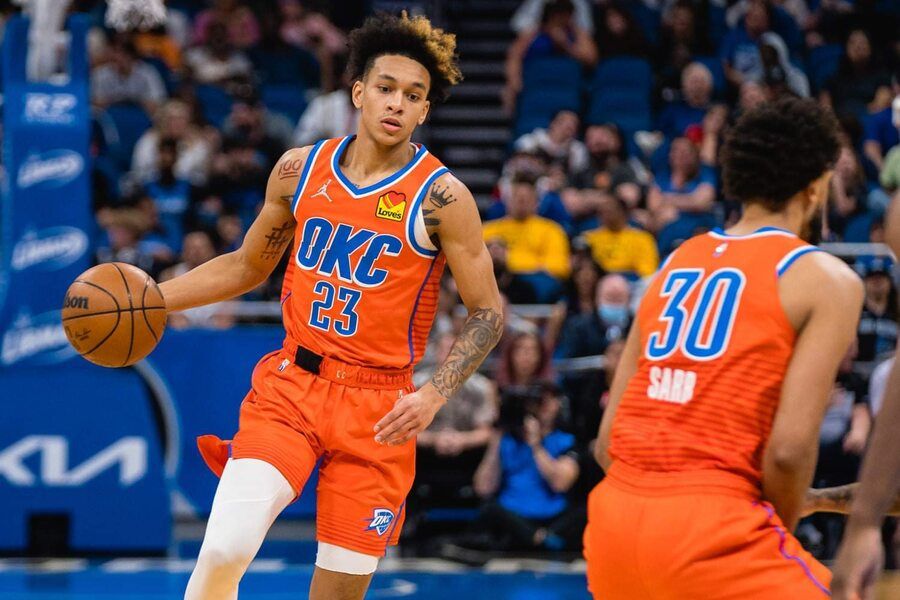 NBA athletes put in a lot of work day in and day out and a lot of times we overlook the human element while discussing betting scenarios, predictions, analysis, and what-not. Is it easy to survive in a league where you have to play 82 games each season and there are various social, mental, physical, and emotional challenges one has to bear to pull through this long season. No amount of money can compensate for how much harm these athletes put themselves, day-in and day-out while also bearing a ton of social media criticism. More about that later, let us jump into the game between the Portland Trail Blazers and the Oklahoma City Thunder.

Both the Portland Trail Blazers and Oklahoma City Thunder have such long injury lists that the active roster has fewer players than the injury list. This has been the way for weeks when it comes to both the squads and their seasons are anyways as tumultuous as it can get. Neither now remain in hunt for the Play-in tournament and the plans for the offseason will be tall for both the squads. The Thunder did build a special defensive unit when the lineup of Shai, Giddey, Dort, Jeremiah Robinson-Earl, and Favors was active. This unit struggled offensively but was causing troubles to even elite offensive teams on the defensive side.

The Trail Blazers also have a strong foundation. If we look at what they can potentially field next season. They can use Lillard, Hart, Simons, Little, and Nurkic will have both athleticism and shotcreation. Lillard and Simons can act as the isolation scoring threats, Hart as an all-around player, Nasir as a two-way hustle Forward slasher while Nurkic as the middleman who can grab a bunch of rebounds and also finish inside. Defense has been a problem for the team for quite a few seasons now, so they will need to fix that end.

Current complexion: This is a tough one to predict and has to be the trickiest prediction I have done. Why? Both teams are without their top-three to four scorers, both teams are fielding second to third-string teams and it is unclear what type of defense we will see. The injury to Trendon Watford has taken out whatever semblance the Trail Blazers squad has. The Thunder did play some great brand of basketball against the Nuggets and their defense can be effective here. Trail Blazers’ guards Brandon Williams, CJ Elleby, Ben McLemore, and Dunn will tackle Mann, Maledon, and Wiggins here where McLemore has been the most consistent scorer for the Trail Blazers while Mann and Maledon have some great scoring nights too. Drew Eubanks can do a great job on the rebounding and scoring end while Roby and Pokusevski will have to box him out regularly.

Points Range and Prediction: With Watford gone, the team balance is further hit for the Trail Blazers. I believe the Thunder will have a strong offensive showing here and Mann or Maledon or even both can have strong nights here. The Trail Blazers will need a lot out of Williams and McLemore here. I believe the total points range here will be 210-220. I pick the Thunder to win this 115:104.