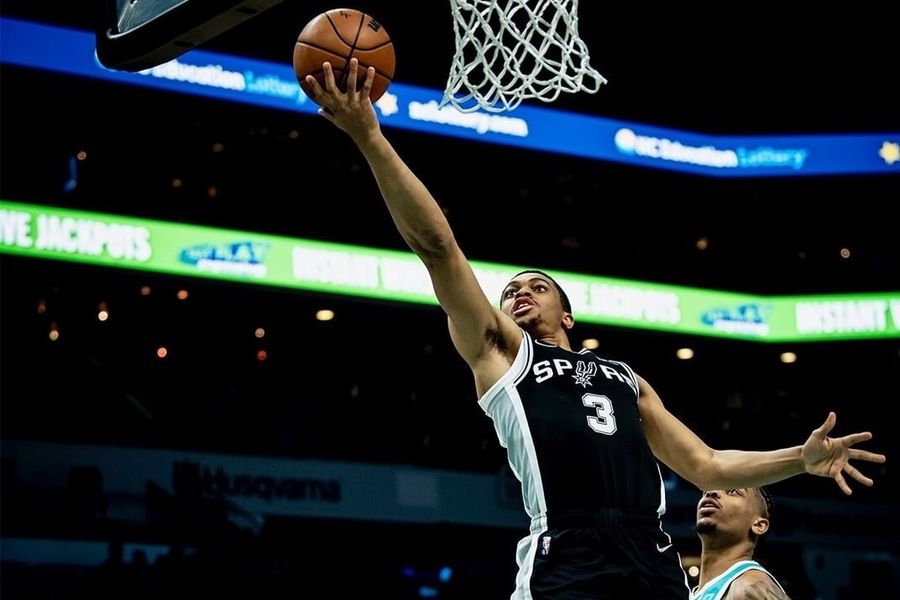 Injuries, winning streaks, losing streaks, roster compositions, player rhythm, coaching, team chemistry, and a lot more goes into making an NBA game. And when the game’s betting scenario is pitched in, the scenario is no less complicated. You will have some obvious favorites during most nights but then you never know when the other team can flip the script. And talking about scrips, I have written many scripts here that have not panned out recently because there is so much involved in this scenario that can influence the game in various ways. Yet, I strive to build a picture here and present this game between the Portland Trail Blazers and the San Antonio Spurs.

The Trail Blazers made it official that Damian Lillard will miss the rest of the season and well, this is not a piece of surprising news because the guard caught a serious injury earlier and with the way things are going for Portland, there is not much point in fielding the superstar Point Guard. The Trail Blazers did scrap a 119:115 win versus the Pistons in the last game but the recent stretch has been full of thorns for the squad. They didn’t set a winning tone at the beginning of the season and missed their mark each month. They have 27 wins and 44 losses, and since the injury to Jusuf Nurkic, they have lost ten of their last twelve games as even their leading guard Anfernee Simons has also missed significant time recently.

Apart from Anfernee, Hart has also been consistently hurt meanwhile veteran Guard Joe Ingles has been unavailable since being acquired from the Jazz. To make matters worse, another guard Eric Bledsoe has been also inactive and for most of the season, the Trail Blazers have grappled with major injuries. Trading away Norman Powell and CJ McCollum signified that the management had long given up on even a Play-in run and is looking to revamp the roster. A lineup of Simons, Lillard, Hart, and Nurkic can hold a lot of promise and if the team acquires a premier wing like Jerami Grant(Rumors suggest the management will pursue him), the scenery can transform drastically.

Spurs have had no rhythm to the season

The Spurs have a lot of promise as a young squad and their record of 28 wins and 44 losses is surprising to me. The Spurs are number one in assists per game this season and with coach Greg Popovich running the show, the principles of ball sharing have been in full flow. The Spurs are also a quick-paced team and rank number two in shot attempts per game. So, these metrics suggest that they are a viable scoring unit. And why not! They have been run by DeJounte Murray, whose athleticism enables him to push the pace and whose vision and scoring abilities are the prime motor for the squad.

However, the results have not been that promising so far as the squad has won half of the last eight games only during a phase where they need to make a big push to enter the Play-in tournament. The lengthiest win streak for the team has been four and apart from that, the Spurs have only won three games once more, and the lack of winning streaks has been a big concern. The defensive side for the team has been lagging behind too and since Derrick White has gone, things have become tougher on the defensive end. A lot of how Spurs will do is going to hinge upon their young wing Keldon Johnson and sophomore Devin Vassell. Jakob Poeltl in the middle has been terrific but he will need to up the ante on defense even more.

Points Range: The Spurs have been an above-average offensive team throughout the season but lately, they have shown a tendency to hit a cold streak. However, the Trail Blazers defense has been vulnerable because the current unit doesn’t have much cohesion due to most players not playing together for most parts. The Trail Blazers offense has been rather doing a great job recently with guard Brandon Williams doing a beautiful job but he can be inefficient too as the offensive gameplan from the Trail Blazers becomes obvious. I see the Spurs' offense working like a well-oiled machine here. I believe the total points range is 230-240.

Prediction: Although the Spurs are playing away from home, the Trail Blazers are stifled with the bulk of injuries. Spurs are in a desperate situation in terms of making the Play-in tournament but they have fallen behind. Still, games like these can help them catch up to others. Thankful, the upcoming schedule is a big help for the team and they will need to win all of their encounters versus Portland while the game against Houston will also offer an opportunity for San Antonio. Talking about this game, I believe the Spurs will win 125:110.