Sacramento Kings vs Cleveland Cavaliers: Kings have been underwhelming, Cavaliers can be tired 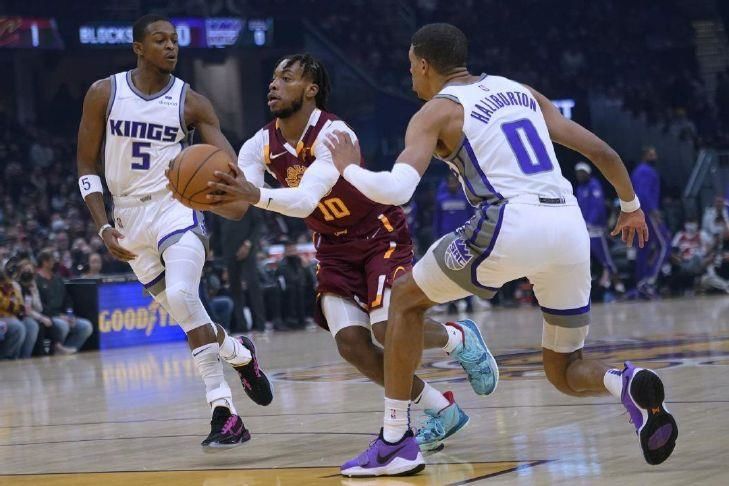 NBA betting is no easy affair and there are just too many dynamics involved that can prove decisive while betting on these games. With COVID-19 tormenting the players and injuries also playing a spoilsport, the job has become even tougher in the current climate. Still, as long as I am given a chance, I will evaluate, analyse, and predict. And that is why my dear reader, we are here, talking about the match-up between the Sacramento Kings and the Cleveland Cavaliers in the Western-Eastern Conference affair. Kings have been struggling this season, losing 26 and winning 16 games, currently on a four-game losing streak. On the other hand, the Cleveland Cavaliers are on a long Western Conference-centric road trip, coming into this game after a gruelling 82:96 loss to the Golden State Warriors. This will be the second game in as many nights for the Cavaliers and after playing a physical game against the Warriors, they can be more exhausted than usual. On the other hand, the Kings continued to lose against teams that have a poor record and got lost to Trail Blazers 88:103. Both teams play two in two nights, Cavaliers have been better but can Sacramento take advantage of a team that played a physical Warriors? To know my total and result prediction, jump to “Expert Betting Tips”.

Kings recent outings: Sacramento has lost four in a row and that is a phrase Kings fans or people who follow them are not accustomed to... For the last 15 seasons and counting! The team has lost three or more five teams this season and it is clear that Sacramento is slated for another tough season. This can really hurt the psyche of players like Fox, Haliburton, Hield, and Mitchell, the four young guards and growing players. Fox, especially, who has now seen more than four seasons of losing and well, maybe, it is time that he’d want to move past the Kings as so many of their top draft picks have done. Another former high draft pick in Marvin Bagley, may be on his way out soon too. The Kings are crumbling, they are terrible on both ends, they lose the momentum early, their players in Barnes and Hield have hit a cold stretch now and it is clear the team needs wholesale changes.

Cavaliers length and recently flailing offense: Cleveland Cavaliers were in superb rhythm before the COVID-19 outbreak penetrated them. Since their players have returned from the protocols, the team chemistry hasn’t been the same and one other reason for that has been the injury to the second-unit platoon commander Ricky Rubio. Cavaliers are a Forward-heavy team, they deploy two Centers in Mobley and Allen, a Power Forward in Lauri Markkanen, a Forward in Lamar Stevens, along with the high-yielding scorer and playmaker in Garland. Off the bench, another Power Forward Kevin Love and a Small Forward in Cedi Osman along with Point Guard Rajon Rondo, complete the roster. The team has a lot of length, which helps in defending, rebounding, and getting inside scoring, but yes, the spacing can be a little bit of an issue. However, I am sure the Cavs will cover these loose ends soon.

Points Range: The Kings have been inconsistent on the offensive end. They have followed a pattern in the last six games; under 103 points and 110 or more in alternate games. This is the story of their season basically. On the defensive end, Sacramento hasn’t been prolific by any metric and has given up 113 or more in four of the last six games, also giving 120 or more regularly this season. Let us come to the Cavaliers now. Cavaliers are one of the elitist defensive teams, they have not allowed teams to score 110 or more regularly and keep them in the 102-106 range usually. But lately, their offense has struggled a bit and the team has had trouble going around 110 itself. However, they have more than a decent chance at securing a 110+ points game against a Kings defense that can be vulnerable and doesn’t have either the length or the physicality to match-up against the Cavaliers. I think this can be gruelling affair with a points range of 200-210.

Prediction: How would losing by 14 points to the Warriors and only accumulating 82 points affect the Cavaliers? The team had a terrible time, not shooting well, turning the ball over too much, having no momentum throughout the game and just playing catch-up. However, the Kings are nowhere near the level of the Warriors and can be exposed on both ends of the floor. The Cavaliers will have their chances here and against a team like Kings, their ability to get second-chance points and shutting down the paint can really help. However, they must be tired after the way the last game went and will need to push themselves a lot here. I do believe they have a 60% chance of winning this. I take the Cavaliers 109:101 to win this.