Sacramento Kings vs Los Angeles Clippers: Clippers will figure it out soon 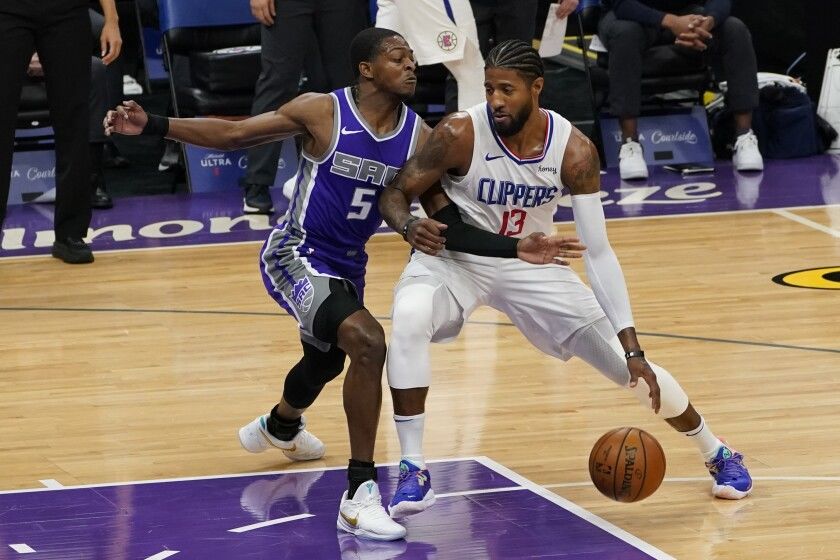 In this inter-conference tussle, the Los Angeles Clippers host the Sacramento Kings. Clippers are just one game above the 50% win mark and have lost three of their last four games, meanwhile the Kings are 6 games under the mark and have lost seven out of their last ten games. Who will come on top in the battle of too out-of-rhythm teams? For a quick overview, head to the “Notes” section, for “total” prediction and “prediction”, check the Expert Bettings Tips.

Offense: Kings have faced some tough time generating offense recently with Barnes and Holmes out for a few games. Still, the team has shown the ability to score big recently and has dropped 120 or more in regulation during multiple games.

On the other hand, the Clippers’ offense has struggled, especially early in the game. Clippers have scored in the range of 97-107 recently and have been unproductive during big spells of the game.

Offense-wise, you don’t know who has the edge since the Kings have scored 92-101 also in most games recently while the Clippers are faring no better. The Clippers have the chance to put up some big points here.

Pelicans blew the Clippers’ gritty defensive style to smithereens as Jonas Valanciunas showed some long-range game out of nowhere. Except for the 118 games against the Pelicans, the Clippers have managed to keep teams under in the 92-105 range a lot. The team is solidly built on the defensive side but the cold stretches on the offensive side can sometimes take the zip away from the defense as well.

Kings are one of the worst defensive units in the league. Teams have put up 117-125 in four of the last five games against the Kings and their defense has too many holes to cover. Kings have allowed 113.3 Points per game and are among the bottom-five squads in that regard. Kings are a sub-par defensive unit in the context of the NBA.

DeAaron Fox, Reggie Jackson, Paul George, and Buddy Hield seem to be four-scoring match-ups here. Fox can dip in 18-22, Reggie the same range usually, Buddy also hovers in the 15-20 points range while George has dropped points in the 25-30 range usually. Another scorer for Kings can be in the form of Richuan Holmes who has the knack for 12-18 points and 10-13 rebounds regularly. For Clippers, the third scorer has not emerged as a constant producer.

Points Range: I think Clippers’ players will put their hands up and play better defense here than they did against the Pelicans. Again, the Kings can score but without Barnes, they lose an iso option to keep the flow going from the wing. I believe Kings are slated for a 95-105 range against the Clippers will the hosts can score 106-116 against this defense. The Total Points Range seems to be 215-225 here.

Prediction: I think the Clippers will this one and Kings will fold around the midway point of the game. A scoreline of 118:103 is possible here.