Sacramento Kings vs Los Angeles Clippers: Kings have no rhythm 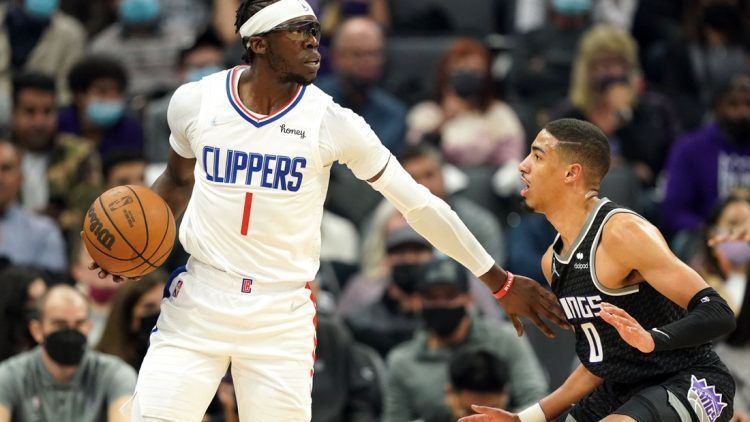 What can make your brain rack when it comes to NBA betting? A made shot, a missed free-throw can change the outcome of the Total Under or Over and various other dynamics in the vast world of NBA betting. And when the COVID-19 wave lays out the web again, you are not even sure if the starting five will be playing at all. Still, people will write about it, people will read about it till the NBA keeps churning games. In this game, the Sacramento Kings host the Los Angeles Clippers. Kings have 13 wins and 19 losses, once agains struggling to make ends meet while the Clippers have just one more win than losses at 16 wins and 15 losses. Anyway, although Kings are not the most consistent team, the Clippers have also yet to attain some cohesiveness. Will the Clippers show their A-game away from home? For the “Total and Game Result Prediction”, jump to the “Expert Betting Tips”. For a quick look, hop over to “Notes”. To know about my observations on the two teams, keep reading.

PG is back(supposedly): When Paul George missed the last few games, the Clippers won three in a row in the middle but they lost two and the last game was also lost even with Paul back. Anyway, still, with George back, the Clippers will have around 25 points, some quality rebounding, playmaking and also defensive edge. Even if the Clippers lost the last game versus the Spurs, their roster has some well seasoned players and I think one of the reasons why the Clippers lost the last game was the absence of Marcus Morris. Marcus, who has entered the health and safety protocols, has had multiple games of 20+ and has done a great job shooting the ball. Now, when he is back, his pairing with Paul George can give the Clippers sturdy wing scoring. Still, in the pandemic world, you never know if George will be available for a long time too.

Kings are not in sync: As usual, and for more than 13 years or so, the Kings are not in rhythm and are unable to get any steam in their effort. Sacramento had a brief three game winning streak early in the month but then the team lost three in a row and since then they have been unable to strike two wins a row. Sacramento Kings have lost three in a row thrice this season including two four-game losing streaks which is responsible for the current record. The team is now without some of its main players but really, what difference was it making before!

Match-ups: Let us come to my favourite part. Match-ups!

Clippers have played three guards, a wing, and a Center in the lineup while the Kings have played the traditional, Point Guard, Shooting Guard, Small Forward, Power Forward, and Center lineup. For me, there are two highlights, the wing match-up between Paul George and Harrison Barnes with Paul fetching 25+ points more often but Barnes keeping a defender busy if anything. Kings’ Haliburton has played better on offense than Reggie Jackson at the one guard, while Hield will have advantage at two guard on offense with Mann at least on the offensive end. Kennard can supply some quality shooting as the second SG for the Clippers and perhaps even out proceedings. In terms of bench, the Clippers can have a hefty edge with Bledsoe, Batum, Brandon Boston, Justice Winslow, and Ibaka because Kings bench is running thin due to the absentees list.

Points Range: Kings last five games have totaled 211, 235, 229, 224, 225 in the last five games. Meanwhile, the Clippers last five games have totaled 208, 207, 227, 206, 210. You can see which team has played more high-scorers. With Kings defense on most nights, getting to 110 or so is possible and they have indeed conceded 113 or more in four of the last five games. The Clippers have on average played better defense and have kept teams in the 100-110 range but have leaked 112 or more quite a bit recently. But I think with George back, the defense will get it together sooner than later. I think even if Holmes is back, the Clippers can still contain this time if they shut one or both Haliburton and Hield. The Clippers have more options on offense than Kings right now and I think this is a game where the Clippers will click. The Total Points Range here for me is 217-228.

Prediction: The Kings have beaten the Clippers the last two times, but for me, old matchups have little meanings when your roster takes new turns each day. Anyway, it is true that the Clippers have struggled on the road and if the team has to get a top-five/top-six finish in the West, they need to start winning at least half of their road games from now on.In this game, I think the Clippers will come through and eke out 116:108 win here. I believe Reggie Jackson, Luke Kennard, and Paul George will have big games here and someone like Bledsoe from the bench can get past 10 here too.