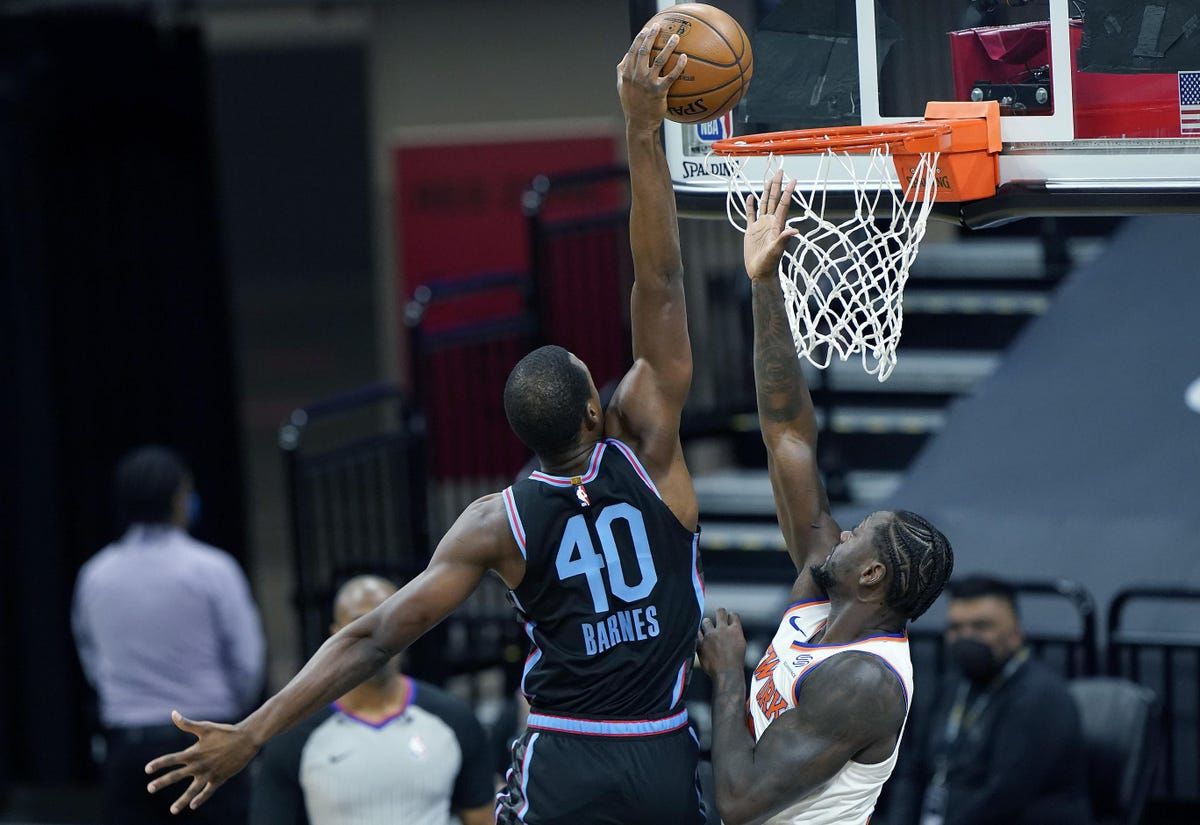 The NBA betting is topsy-turvy and with the Playoffs closing in, I have been telling you for some days that the battles are going to heat up and multiple squads are going to pick up their game as there is a lot at stake. This is why we have seen more upsets than before, which is the nature of the game mostly when the deep season also means that some of the bottom feeder squads have figured out the team chemistry. However, the nature of the game is also that the favourites are going to notch wins and as the Sacramento Kings take on New York Knicks, a lot is at stake for the Kings.

The Sacramento Kings are in the midst of another disappointing season which is clearly a theme for them for more than 15 seasons now. Even after acquiring Domantas Sabonis, their problems continue to surface and the team is falling behind in the Play-in tournament race due to the multitude of losses. On the other hand, the New York Knicks have been struggling as much as the Kings but a win against the Clippers in the last game may have bolstered their confidence. However, they keep on losing ground in the East and they have lost a ton of games since February. The team has a lot of issues in terms the shooting efficiency but as I said, a win in the last game may increase the confidence. Can they win two games in a row in two nights? To know my game total and result prediction, go to “Expert Betting Tips”.

The Kings have been unable to win two games in a row for a long time despite getting Sabonis in the fray. They are yet to figure out the combinations on both ends of the floor and one of the biggest issues for them has been the defensive. Their lack of defense coupled with an up-and-down offensive production has resulted in some tough losses and they keep getting blown out versus elite teams. This is why this game is important for them because the Knicks have been struggling for the most parts and they will be playing two games on two nights away from home.

Talking about the Knicks, they have been unable to trigger major winning runs and their lack of shooting has hurt them time and time again. While Julius Randle has been doing his usual thing but his production has been down compared to last season. So, as the Playoffs near, their push is only going to become trickier with the depth of the East and they have now fallen too behind in terms of contending for even a Play-in spot. This is the downfall from the last season, when they had won around 55% games and there is no doubt that the team has seen a huge dip.

Points Range: The Knicks have been one of the most inconsistent offensive squads in the league and their tendency to not build on their leads has cost them multiple games. Surely, the game against the Clippers showed better scoring balance but how will it be during the second game on the second night. On the other hand, the Kings have had their own struggles on the offensive end and I believe Domantas Sabonis needs to up his scoring range from 15-17 to 18-23 points. I believe the Kings will have a strong showing on the offensive end here while the Knicks will struggle. I see the total points range as 210-220.

Prediction: Domantas Sabonis and Julius Randle will be fighting it out in the middle and the rebounding battle between the two seems to be incredible. De’Aaron Fox has done well while RJ Barrett has been the major scorer for the Knicks. Meanwhile, for the Kings, it will be essential for Barnes to have a big game here and I believe the team will come around here. I believe the Kings will win this game 114:104.