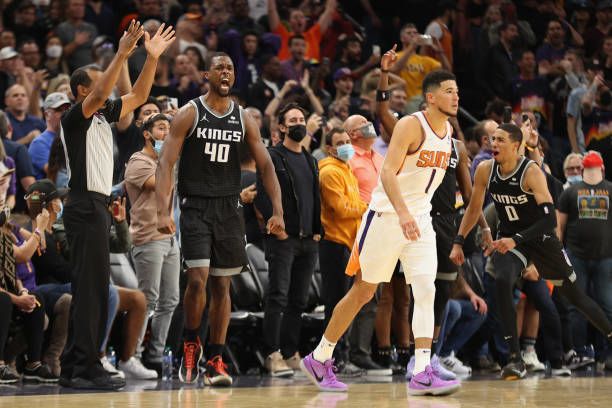 The NBA Regular Season is on and this has been a fascinating start to the season. We can see some squads raising their play from last season and one of those teams has been the Sacramento Kings. The Kings will tackle the ever-threatening Phoenix Suns here.

The Kings into the game after suffering a hammering of 104:122 against the Celtics despite a 20 points performance by the Celtics. They have lost two in a row, both away from home after they had mounted a seven-game winning streak, most of it is coming at home but against some of the most formidable squads out there. If we take out the last two losses, the Kings have been one of the best in the league. With the inside play of Sabonis, the iso threat of Fox, the long-range shooting of Huerter, two dependable wings Barnes and Murray, alongside Malik Monk who can dip in a bunch of points, the team’s offense has been incredible.

The Suns come into this game after registering a thrilling 113:112 win against the Utah Jazz as DeAndre Ayton got hold of 29 points and 21 rebounds in what was his best performance of the season. The Suns have now won four in a row and have made up for losses in middle without Chris Paul and Cam Johnson. One of the major reasons for the turnaround has been DeAndre’s much more aggressive play and a well-balanced scoring effort from all the team. The Suns are one of the best squads in the league and it won’t be a surprise if they end up making a deep run.

The Kings have been incredible at home, scoring 120+ at a regular rate but the last two games could have taken them out of their rhythm. The Suns are comfortable with both high-scoring and low-scoring scenarios and their defense will test the Kings' elite offense. However, playing at home and with a well-rounded squad, I give the Kings a slight edge here. I see a close game with the Kings winning 119:116.