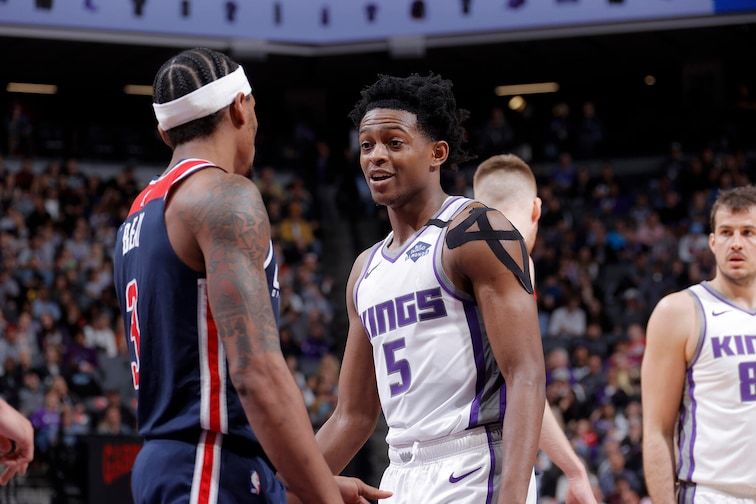 NBA betting is a tricky affair especially in a scenario where roster make-ups shift overnight due to COVID-19 a bunch of injuries. This is what has made the betting game even more challenging. It is a long season afterall. Still tipsters, bookmakers, and bettors will continue to strive for accuracy. To continue the quest of betting, we take a look at the game between Sacramento Kings and Washington Wizards, two teams whose fortunes have been shaking lately. Kings have lost three in a row while Wizards have lost five out of their last six, who will break out of the funk here? To get my viewpoint on “Total” and the “winner prediction”, go to the “Expert Betting Tips”. Head over to “Notes” for a brief overview.

Poor forms: While Sacramento has lost three games in a row, the Wizards have given away five of the last six games. Kings began the season on an underwhelming but for the Wizards, at one point, they held a 10 wins and three losses record, ever since that period till Early November, the team has lost ten games and has won just five games which means the script has been flipped. For Sacramento, the campaign has been mired with a bunch of losses in a row, the team lost four in a row twice already this season while if they lose against the Wizards, it will be the third time it will happen. Both teams need some wins to sort out the campaign before they start playing catch-up for the Playoffs, especially the Kings.

Both teams have struggled defensively: As is the often case, most teams that are losing a lot of games struggle in the defensive end and with these two opponents, the case is largely similar. Kings have given up 117-130 points on the defensive end while allowing teams to have an offensive party. On the other hand, the Wizards defense has been taken apart for 113-124 points in the last four games. Things have been different for this Washington earlier, the team boasted of the best perimeter defense till mid-November, restricting teams to under 31% from three-pointers but lately, teams have made a lot of noise from beyond the arc and the Washington effort is crumbling game-by-game. How can the teams regenerate their defense?

Offensive struggles: I believe Wizards struggle more than the Kings on offense because they don’t have the similar guard depth. Even though in the last two games, the team has been relegated to 103 and 101, one of the games came against an elite defensive team in Cleveland. Otherwise, Kings have been able to compile big offensive games too, scoring 115 or more on multiple occasions. For Wizards, the scoring of Beal, Dinwiddie, and Harrell have taken huge hits which has resulted in meltdown on the offensive side, especially early in quarters. Wizards needs more out of Beal now, his scoring has reduced by 25% or so which has not served the team well. If either of Hachimura or Thomas Bryant return then there can be some semblance of inside offense too.

Points Range: Well, considering the recent offensive forms, both teams can be in for a low-scorer but then weakened defenses also mean a plenty of chances for a lot of points. This can be one of those games where there is a flurry of points and then a complete dry spell, but who knows, it is the NBA, where I don’t know about amazing but yes anything can happen. Still, for the sake of predicting, I believe both teams will at least breach the 105 points mark and this can be a 215-230 points affair.

Prediction: Washington’s offense has been off for a long time now, when multiple players hit a cold streak, naturally, losing more than 60% of your games in a month comes as no surprise. Sacramento has been clueless for many years now and sometimes, it looks like any team in the league can beat them more than once. Whenever I have suggested betting for Wizards, it has failed 80% of the times and of course, it means they have been a risky bet lately, but Kings are no different in this regard. Still, I take the Wizards 114:106 in this game. Let us see! Will the Wizards fail again?