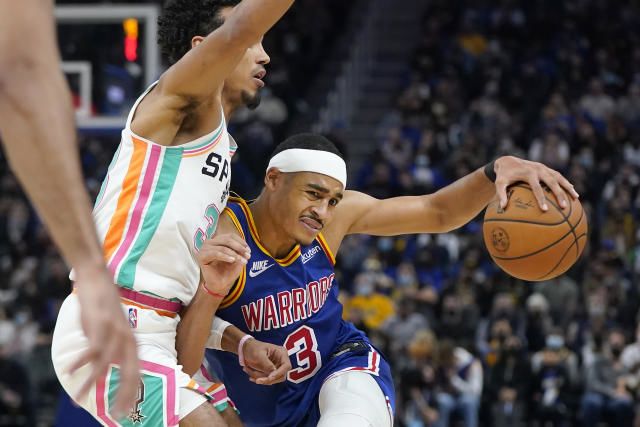 NBA betting is a fun affair considering how much variation the season produces day in and day out. Considering that teams play back-to-back games and that there can be a lot of exhaustion built over the season, a lot of dynamics are at play game in and game out. Apart from that, there are precedents set upon by teams that follow through most of the season and well, most of the teams hit a cold stretch every now and then, it is necessary to begin at a strong rate till December. In this game, the San Antonio Spurs will host the Golden State Warriors in a Western Conference tussle.

The Spurs have won 19 games but they have lost 32 games and have lost four out of the last six games. Well, this was largely expected out of the Spurs team that is young and inexperienced, looking to make a mark on this league in the long-term. But hey, this is also a highly effective offensive team courtesy of Greg Popovich’s offensive system. On the other hand, the Golden State Warriors have 38 wins and 13 losses, which makes for the second-best record in the league. The Warriors are on a six-game winning streak, taking full advantage of a long home-stretch and with a lax schedule, where they will play three out of the next four games on the road but still will be against teams that have been struggling lately. The Warriors had a tough start to January but finished it on a high-note taking full advantage of struggling squads and the home-court advantage. Can the Warriors notch seventh win in a row as they play their second game on the second night? For my game total and result prediction, jump to “Expert Betting Tips”.

Spurs’ tough window, Warriors have gotten their rhythm back

Young Spurs had an ardous month

During January, the Spurs took a big hit as first Murray went down with an injury and when he returned, White and McDermott got injured. As a result, the Spurs lost 13 games and won just five games, after they had finished December on a positive note. At home, the team has struggled quite a bit, winning nine and lost 18 games, which is surely not a decent return playing at your home floor. But well, I don’t think these results are surprising for a team that did away with their key players in the offseason and are largely dependent upon their young star DeJounte Murray.

Murray has indeed been scintillating, leading the team in points, assists, and steals while also being the Spurs’ best perimeter defender. He has led all guards in triple-doubles this season and certainly can be in contention for the Most Improved Player Award. Jakob Poeltl has also been huge, leading the team in rebounds and blocks while providing low-block scoring. McDermott and Johnson can score in bunches at the wing while Derrick White is a decent scorer and a high-yielding playmaker. Devin Vassell and Lonnie Walker IV are two decent scorers off the bench but yes the wing and Center depth has been suspect. Whatever maybe the case, the Spurs have been among top-two squads in assists per game, handing over around 29 a game continuously this season.

Well, isn’t it amazing how the Warriors have figured out their rotations finally since Green went down and Klay Thompson returned. The adjustment cost team six games and there was a stretch, when the team had just three wins and six losses, but they did finish January strong and proved that coach Steve Kerr can figure out the rotations. The Warriors can finish the season with 60 wins or so if they continue their high-quality play and once Green returns, their defense will be even stronger. Kerr-led Warriors have looked in amazing touch lately and for teams like Suns, Grizzlies, Heat, Bulls, Nets, and Bucks, this is a dangerous sign as the Playoffs inch closer.

Look at the guard depth! Stephen Curry can be on-and-off but he is more than a scorer, and contributes in various ways. With Jordan Poole and Klay Thomspon as the two other high-scoring guards, the Warriors guard rotation surely looks strong as even if one or two of these two misfire, one of them can keep burying long-range bombs. On the other hand, Andrew Wiggins seems even more pumped after making the All-Star team and has been pouring 20+ regularly lately. Looney has been huge on boards and help defense, playing his best basketball in January for sure. Gary Payton II, Juan Toscano-Anderson, Otto Porter Jr., Jonathan Kuminga, Damion Lee, and Moses Moody round off a sturdy lineup which can be effective during most nights. Once Draymond returns, this will surely be a loaded team.

Points Range: The Warriors have scored 110 or more in four games straight, their best stretch offensively in over a month. On the other hand, the Spurs have been a high-scoring club all season long and have dipped in 109 or more in five games straight while even going as far as scoring 130+ in two of the last four games. Let us keep in mind that the Warriors are playing a second game on the second night which can mean some fatigue on both ends. However, I see the Warriors capitalizing on their current run and put on an offensive show. I think the Spurs will cross 110 here while the Warriors will do the same. The total points range seems to be 220-230.

Prediction: Considering both the recent trends and overall record, you’d think the Warriors have a clear-cut edge but since the Warriors are playing their second game on the second night, they can surely be exhausted. The Spurs will most probably field their healthiest lineup in a while with Murray, White, Johnson, McDermott, Poeltl, Walker IV, Vassell, Bates-Dip, a strong lineup indeed but I feel Poole will heat up in this game and come up with one of those 20+ points night while Thompson will also have a big night. I believe this will be a close game and the Warriors will pull through 117:113 by the end of it.