San Antonio Spurs vs Houston Rockets Predition: The Spurs have derailed, the Rockets putting on fights 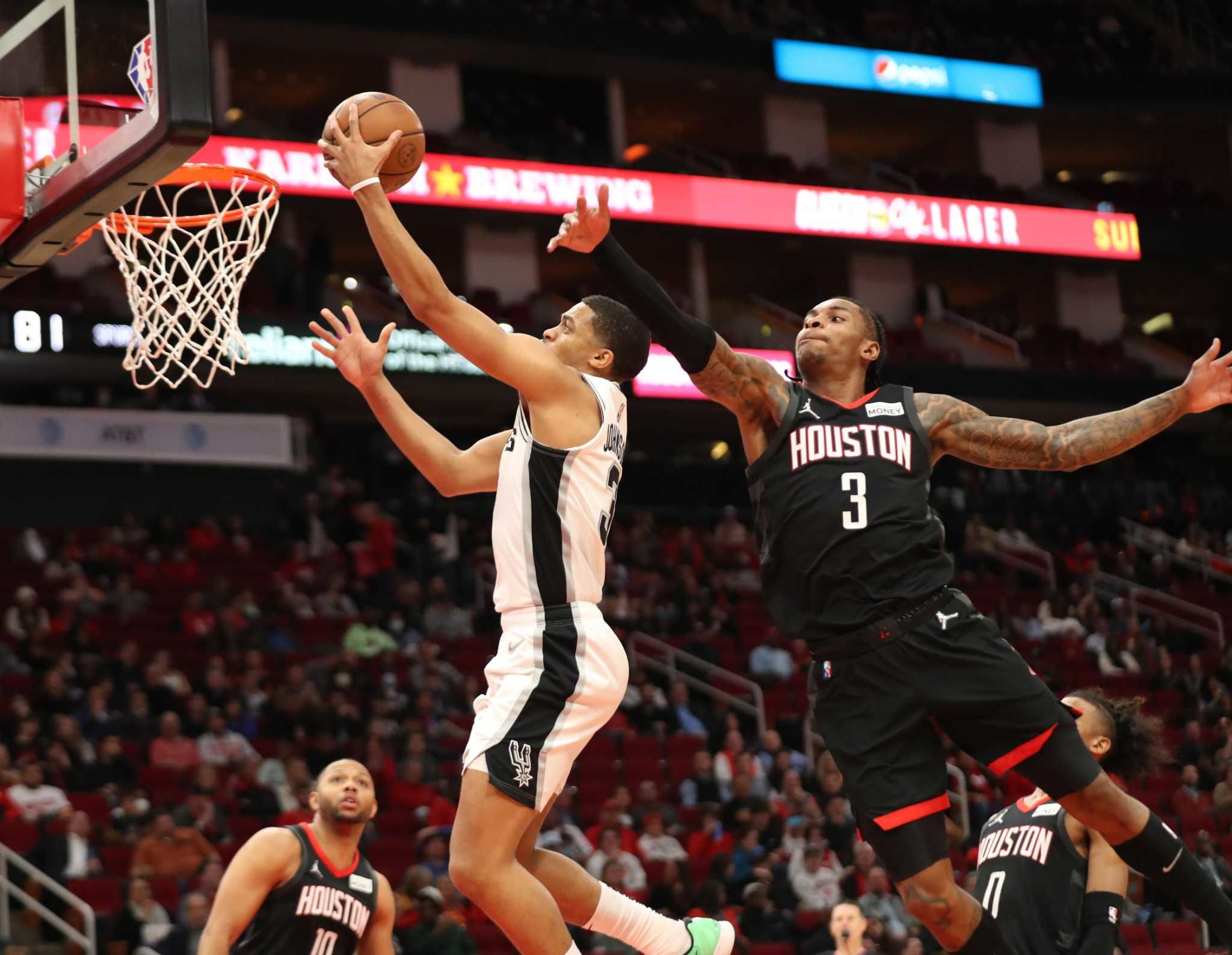 The NBA Regular Season has presented us with various fun-filled battles which means that the initial parts of the season have been as intriguing as possible. As we move ahead, things will only be more interesting as the landscape will get closer to the Playoffs. However, there are teams that seem to have no shot of getting that far. Two of these teams, the Houston Rockets and the San Antonio Spurs are going to meet here.

The Spurs enter the game after yet another embarrassing performance as they got drilled 95:133 by the Phoenix Suns despite Keldon Johnson’s 27 points. The Spurs are the least productive team in the league and currently are on a baffling 11-game losing streak, last winning in the second week of November. Strangely, their offense has been off the radar and the team has been held below 100 a bunch of times, clanking their three-point attempts repeatedly. And to make the matters worse, they are dead-last in the defensive rating category.

And then a 11-game losing streak makes sense, because if you are the worst team in terms of both the offensive and defensive rating, what chance do you stand among the rest of the teams? The Spurs’ rebuild is still headed in a decent direction. They have two scorers averaging over 20 points in Keldon Johnson and Devin Vassell. Apart from that, the team’s offense lacks consistency. Rookie Jeremy Sochan has been impressive too. Jakob Poeltl is a dependable rebounder but he can’t be trusted for carrying the offensive load. The Spurs are in tatters but this was the expected outcome anyway even when the team started with five wins and two losses.

The Rockets enter the fray after an impressive 132:123 Overtime win against the Philadelphia 76ers as Jalen Green had an impressive 27 points night while Kevin Porter Jr. had 24 points and seven assists. The Rockets have won seven out of 24 games, but have been impressive lately for the bar they have set, having won four of their eight games. In those wins, Green has scored in 27-30 points range, having bucketed down points at a high rate and taking over the game multiple times. Truly, the sophomore is becoming a scorer like Donovan Mitchell.

For the Rockets, defense hasn’t been their strength, having conceded 120 or more in five games(but they gave up just 108 against 76ers till Regulation). While they remain a lottery-bound squad, the current returns are encouraging for their rebuild as they have stacked up talent that is athletic and has a lot of defensive promise as well. Jabari Smith Jr’s development will be the one to watch as the Forward is developing into a solid defender and rebounder but has ways to go as an offensive player. Tari Eason is an intriguing prospect too whereas Center Alperen Sengun has shown the way to become a double-double type of big.

The Spurs have been abysmal in all departments whether they are playing at home or away from home. Both their offense and defense have been struggling and with Jakob Poeltl out, the screen-action and rebounding both have taken a huge hit. The Rockets have been struggling on the defensive end but lately, they have played with a big spark especially when it comes to scoring as Jalen Green has risen up and Kevin Porter is showcasing great poise too. I believe the Rockets will carry that form here and win another game in a sensational fashion. I predict a scoreline of 124:116 in their favor.