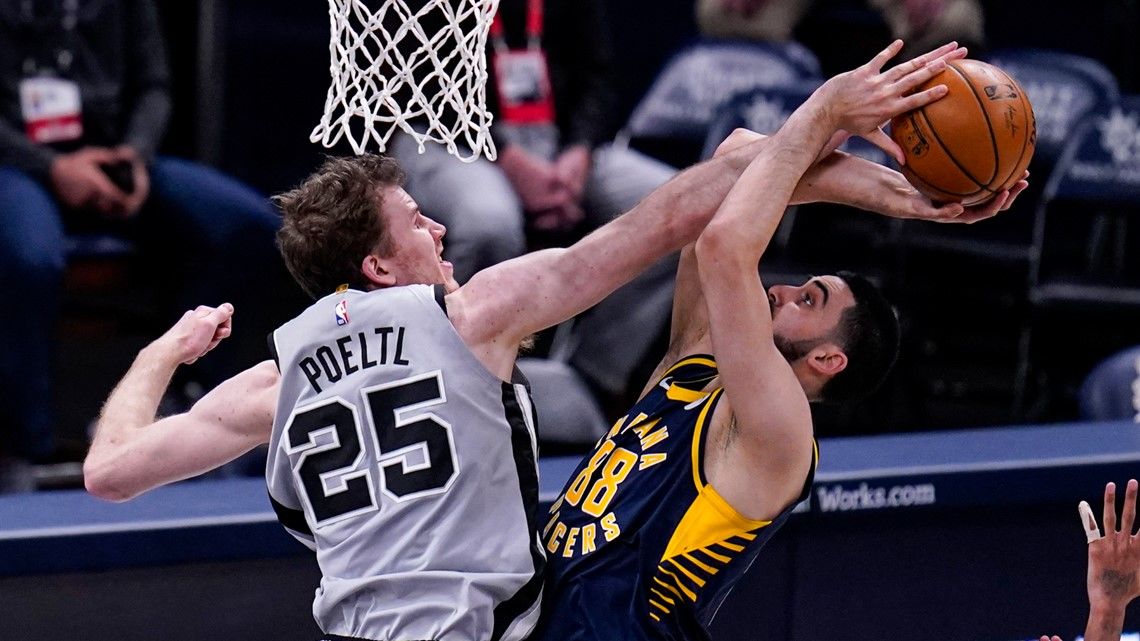 The NBA scene is heating up with each day and the Playoffs are knocking on our doors. Lately, predicting outcomes have been tough as some of the lower-ranked teams are figuring out their team predictions. The total battle, handicap combinations, and all these different metrics can fall short by a point at times and I have lost the number of times that my bets have been falling short by a point both in terms of handicap and the individual team total or the total overall, however, it doesn’t mean there are instances where the bets have been won in such close spaces. Anyway, with that in mind, let us jump into the battle between the San Antonio Spurs vs Indiana Pacers.

The Spurs have lost 41 but have won just 26 games, currently in the Play-in race. A 104:102 win versus the Jazz should bolster the confidence of a team that has had been struggling to win against elite teams. The team has largely depended upon DeJounte Murray to generate scoring, playmaking, and also perimeter defense but the potential to make a Play-in race looks high even after a tough season.

On the other hand, the Pacers have been struggling even more than the Spurs and their play-in hopes seem to be in the dust by now. They have won just 22 games and have ended up losing 45 games, currently on a three-game losing streak, struggling to make ends meet on the defensive end especially. While the team’s offense has improved significantly, the defense has taken a huge hit throughout the season. So, can the Pacers pull one off away from home? To know my game total and result prediction, jump to “Player Props Prediction”. For my player-based statistics prediction, slide over to “Player Props Prediction”.

Spurs’ fight for the Play-in tournament

The Spurs have closed in on the Pelicans as the latter is missing their key player Brandon Ingram right now. This is a great opportunity for the Spurs to rise up the ranks. The team has four games on their home floor and three of these games will be against teams with a winning record of less than 50%, which paves the way to go on a winning run. DeJounte Murray has been leading the team in points, assists, and steals, turning it on more often than not. Jakob Poeltl has been a force in the middle with his ability to score, rebound, and provide help defense. The key will be how Keldon Johnson performs here on and will need to zap in 20 points or so regularly as the offense has weakened after the team traded away their second playmaker in Derrick White. Lonnie Walker IV is also going to play a huge role off the bench and Zach Collins has shown promise at the big Forward position.

Pacers have won just five out of their last 21 games and the current window has only piled on more pain upon one of the bottom-ranked teams. The team entered the season with a solid lineup of Brogdon-Duarte-Holiday-Sabonis-Turner with TJ McConnell as the guard off the bench but things haven’t just clicked for this Indiana team so far. The team traded Holiday and Sabonis and that has surely hurt the frontline but the guard depth has been bolstered. Brogdon, Haliburton, Duarte, and Hield all bring different skillsets to the play and Haliburton can end up being the leading playmaker for the team while also being a serviceable scorer. The team will need to address the frontline depth in the offseason though whereas if Myles Turner sticks around, the lineup can have plenty of playmakers and shot creators.

Points Range: Ironically, the Spurs are leading the league in assists but lately, the Pacers have been pouring in more points on average. Defensively, both the teams have struggled for most parts but the Spurs shut down Jazz for just 102 in the last game which means there is scope for improvement. The Pacers can give the Spurs some trouble because it isn’t like that the Spurs have been doing well in stringing together winning streaks these days so yes, their offense will have to turn it on. I do see both teams crossing the 110 points mark and the total points range seems to be 220-230.

Prediction: The Spurs will play the second game on the second night and the last game against the Jazz went down for the wire. For all their struggles, the Pacers' offense has been effective, and even without Brogdon, they have a bunch of scoring options at the guard position. Keldon needs to have a big game here and I do think the youngster will show up. Despite a tough game, I see the Spurs taking this game 117:111.