San Antonio Spurs vs LA Lakers Prediction: The Spurs have lost the plot 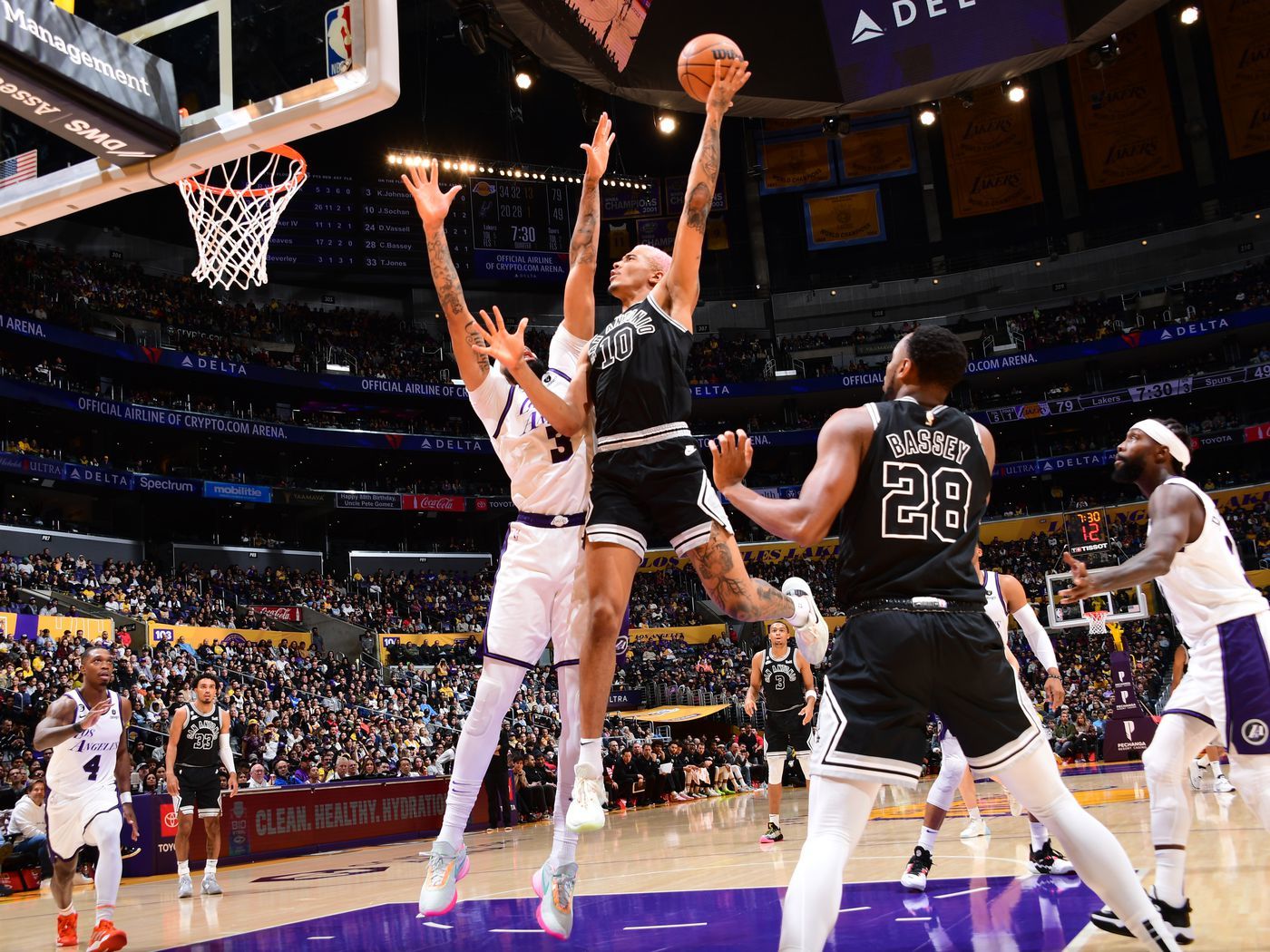 The NBA Regular Season is on and this has been a great window where we have seen teams rise and fall. This has just been the start of the season so, within a few weeks, rankings have been flip-flopping at an amazing rate. In this game, the San Antonio Spurs are going to take on the Los Angeles Lakers.

The Spurs have completely lost the steam after beginning the season with five wins and two losses. They have since then won just one and have collected 12 losses. The Spurs have scored 100 or below in four of the last seven games and this is a team that was among the top assists teams to begin the season, but the downfall has been rather dramatic. The start for them was unexpected but the results since then have rather been what was expected from the rebuilding squad.

One of the biggest reasons for this downturn has been the form of Keldon Johnson, who was shooting 40%+ and clipping 20+ points nights early in the season but is now scoring below 15 a game and shooting worse than 30% in the last five games. Devin Vassell has been the most consistent scorer in the latest period whereas Tre Jones has been the leading playmaker. Jeremy Sochan has shown promise while Jakob Poeltl has been amazing on the boards, however, the team lacks the depth to overcome cold shooting nights from their main guns.

The Lakers last played against the Spurs and won 110:94 as LeBron made his return after a decent spell of time. The team is now into a weird phase, they have won four of the last five games, but most of these wins have been against sub-par squads. Not only that, the record reads an abysmal 11 losses and six wins. And for the wins, the Lakers must thank Anthony Davis who is playing like an MVP, pinning down rebounds at a high rate while also providing sustainable offense through his physicality. As it happens Davis has been perhaps the best Forward defender, contesting shots inside and also going out to stall shooters.

With LeBron James’ return, the burden on Davis will lessen but for all heroics, in my opinion, LeBron’s tendency to over-dribble has hurt the team at times and their pace has been affected too. The coaching decision to bring Westbrook has paid off, while he continues to struggle with turnovers and tough shooting nights, he ensures regular flow of assists. Lonnie Walker IV has been the third-best scorer on the team. Austin Reaves has given big rebounding and defensive lift. Troy Brown has provided energy but is inconsistent whereas Dennis Schroder helps fix the earlier lean guard depth.

The lack of production from Keldon Johnson has hurt the Spurs whereas Lakers are benefiting from Anthony Davis’ form, a match-up that can once again belong to the Lakers. Point Forward LeBron has further bolstered the Lakers depth but the guards will need to be better than they were last game. The Spurs have been awful on the offensive end, forcing tough shots and forgetting the ball-movement principles instilled by their coach Greg Popovich. Therefore, the edge here belongs to the Lakers and I believe they will pull through here again. My scoreline prediction is 115:100 in favor of the Lakers.