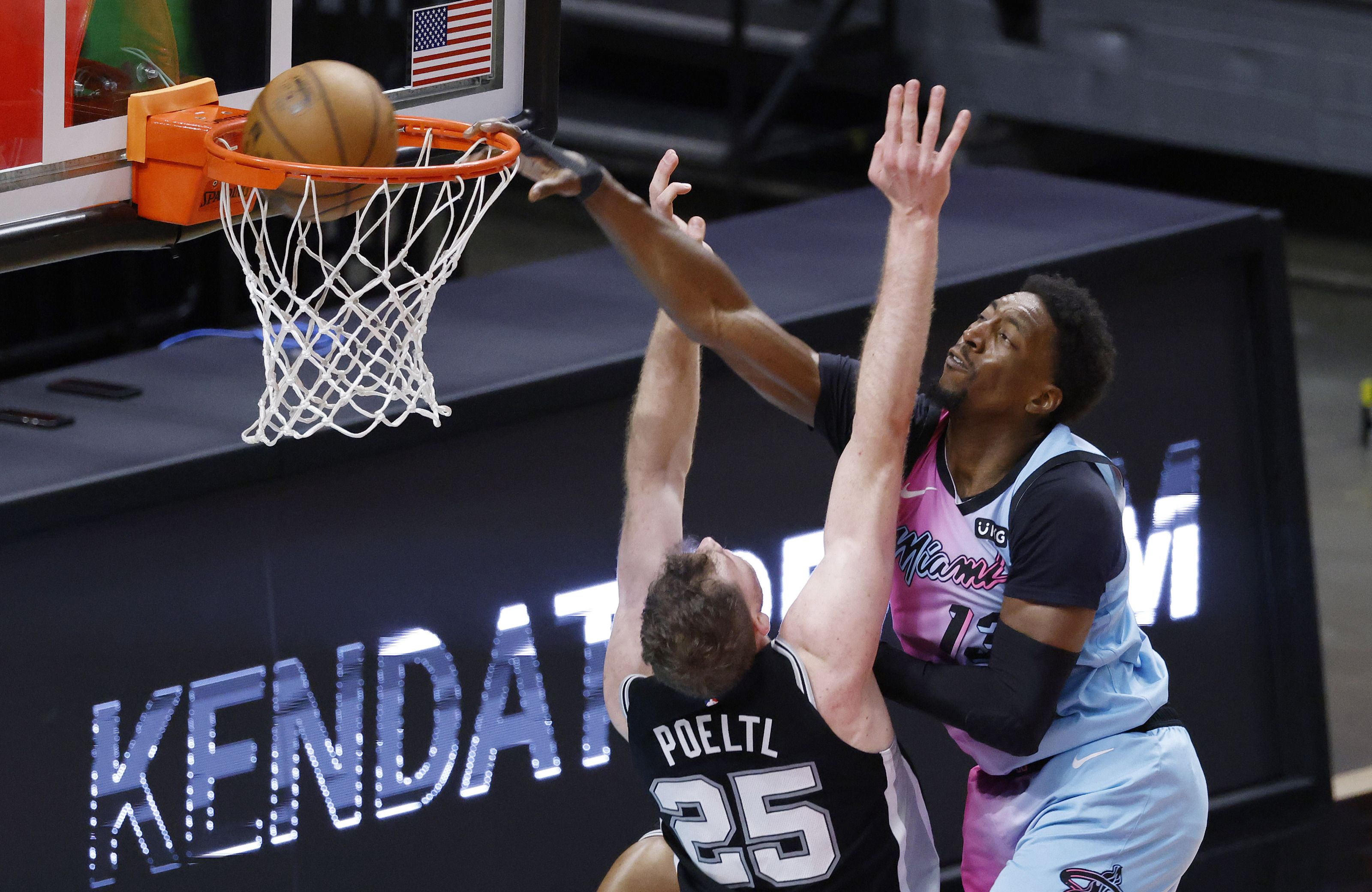 Winning streaks, losing streaks, rhythms, tough seasons, rising through the ranks, falling through ranks, roster changes, etc., a lot goes into making an NBA season. There are times when a red-hot team can fall to long losing streaks as exhaustion pangs the players on a regular basis. Injuries, rotation changes, and struggling players can all change the complexion of the game. The NBA game is both on the court and off the court but in the end, it is the action on the court that draws fans, writers, and readers of the game. Keeping that in mind, let us jump into the contest between the San Antonio Spurs and Miami Heat.

As expected, the San Antonio Spurs are having a losing record, right now with 33 losses and just 19 wins. They have lost three of their last four games and it has been their defense that has held them back all season. Spurs are a young squad that has been rebuilding and the team parted ways with DeRozan to focus upon the development of young players such as Murray, White, Johnson, Walker IV, Vassell, etc. On the other hand, the Miami Heat is surely in the “win-now” mode and has made significant improvements to their roster balance compared to last season.

The Heat has won 32 games and has 20 losses, being within the striking distance of the number 1 spot of the Eastern Conference. What makes the team’s record special is that the core of Lowry, Herro, Butler, Adebayo, Robinson, and Tucker has only played together in 12 games, but the guard-depth and the team’s ability to find big-time production from the bench has made sure that they are among the top-level squads. For this game, both Kyle Lowry and Jimmy Butler are questionable for the Heat, and I think even if one of them plays, the Spurs will have their hands full. Can the Heat break their three-game losing streak against the struggling defense of the Spurs? For my game and total prediction, jump to “Expert Betting Tips”.

Spurs are struggling but the season is a developmental one anyway

San Antonio Spurs’ current record may not paint an exciting picture but I think they have overachieved or rather exceeded expectations in one way. The team is number one in assists per game and has been among the top offensive teams throughout the season. The big hit for the Spurs was the January window after they entered the month with 14 wins and 19 losses but injuries to Murray, White, and Johnson changed the fortunes of the team. Since that window, they have lost 14 games and have just five games, but that is fine, all Franchises have gone through such periods in the NBA and historically, the Spurs have shown the ability to bounce back.

When you have a coach like Greg Popovich, leading the league in assists is not surprising since Greg has always promoted ball sharing. DeJounte Murray has been an all-around presence, leading all guards in triple-doubles, leading the Spurs in points, assists, and steals. He shares backcourt duties with another high-quality playmaker in Derrick White. Keldon Johnson and Doug McDermott have been amazing at the wing position and their shooting abilities help the team stretch the floor. For me, the most impressive player has been Jakob Poeltl, whose career has risen playing with the Spurs, leading the team in rebounds and blocks. Youngsters Lonnie Walker IV and Devin Vassell bring scoring off the bench but the team is rather thin on other positions. This has been a great development season for the Spurs nonetheless.

Yes, Miami has lost three in a row first time since November but that mustn’t concern Erik Spoelstra so much. His squad has done a lot with little resources and the Heat will look like a contending squad once the roster is in healthier shape. One thing is for sure the signing of Kyle Lowry, whose inclusion in the current scheme transformed both ends of the floor. The Heat has built perhaps the deepest roster in the Eastern Conference and this squad won more than 60% of their games when Adebayo and Butler were out, who are two of their best players.

Tyler Herro is certainly the frontrunner for the Sixth-Player-of-the-Year Award and his ability to score 20+ off the bench makes this team extremely strong. Duncan Robinson is a knockdown shooter who despite his struggles, can have big games and help the Heat pull through. The signing of Tucker has brought brilliant results at the big Forward position with his ability to play all-position defense. Jimmy Butler is well known for his two-way chops while Adebayo is one of the best Centers in the league. Shooters Caleb Martin, Max Strus, and Gabe Vincent have stepped up during most games too. Miami is deep and the sky is the limit for this team.

Points Range: Spurs have scored 110 or more in most games since December and their ability to pass the ball around gives them an offensive edge game in and game out. On the other hand, the Miami Heat has struggled a bit in the last three games and with both Lowry and Butler questionable for the game, their overall offensive balance can take a hit. However, I believe Duncan Robinson is due a big game and this will be the game he comes through. Bam Adebayo had 30 in the last game and I think he will at least has 21 here. I believe the Heat will score at least 110 here while the Spurs will be restricted below that. I think the total points range here is 210-220.

Prediction: The Heat has been on fire all season long and I am sure the current three-game losing streak is a temporary phase and not a template for the rest of the season. Even if Butler and Lowry don’t play for the Heat, I see Robinson, Herro, Adebayo, all having strong 20+ points outings while Strus, Martin, Tucker, Dedmon, and Vincent will have strong outings too. I think the Spurs will get decent contributions from Derrick White and Devin Vassell but Heat will shut their offense in the second half. I see the Heat will take this game 113:106.