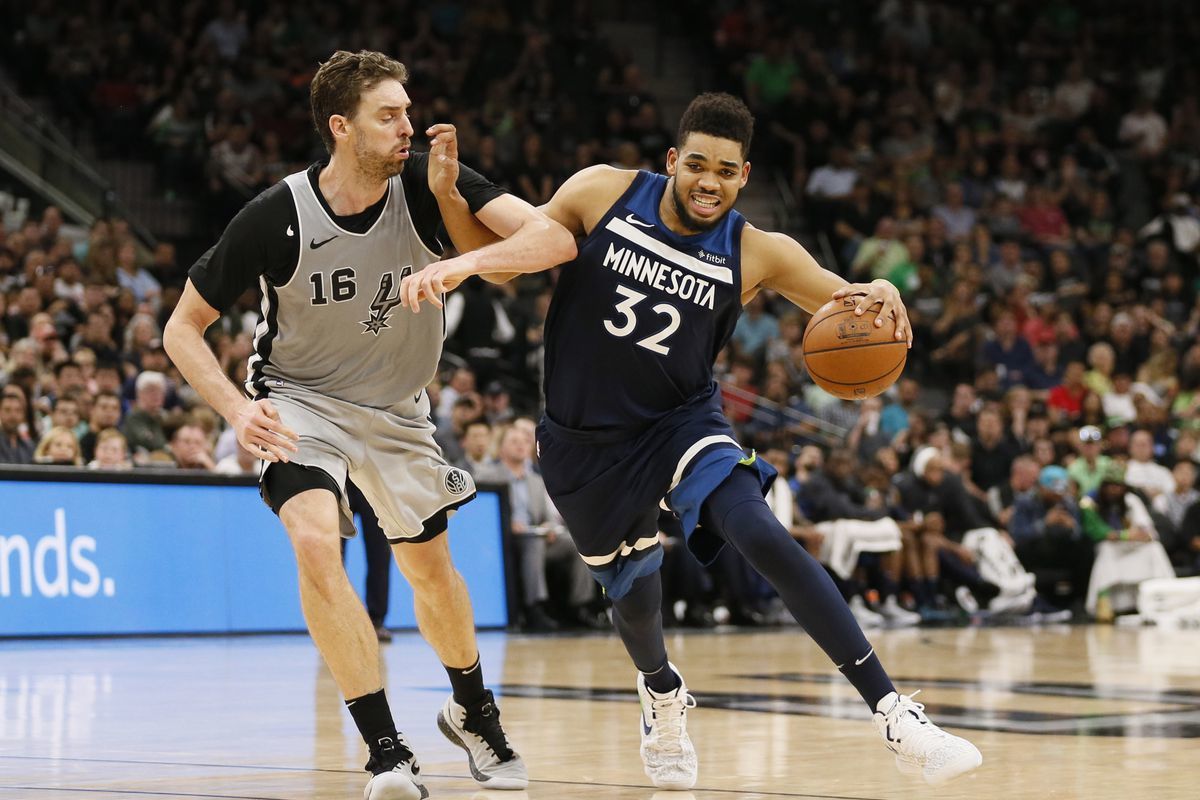 In this game, two rebuilding teams in Minnesota Timberwolves and San Antonio Spurs will come face-to-face. Both teams enter with a losing record and the Playoffs look distant with the way they are playing in a loaded Western Conference. For a simple overview, head over to the “Notes” section.

Minnesota Timberwolves: Youth movement, but will the youngsters stay?

Struggles on offense: Timberwolves rank in bottom five in terms of offensive efficiency which is below 100. The team has struggled to put up points and average around 104 per game which is among bottom ten. The team is top-six in pace and the fastbreak style makes for 102.7, however, the offense is not efficient overall and the team resorts to shooting three-pointers, ranking one in attempts with around 43 per game but making only 32.8% while shooting just 41% from the field overall.

Lack of depth: Edwards and Towns combine for around 50 points per game in the frontline. De’Angelo Russell scores around 15-20 regularly, but apart from these three, the offense is lean. The offense struggles if one of Towns or Edwards struggle and the two are resorted to playing hero ball mostly. In other concerns, the Timberwolves leak around 50 rebounds per game which is due to high misses and a lack of a substantial Center has also hurt them. However, the inclusion of Patrick Beverley has enabled the Wolves to be a better defensive team.

Teams have a field-day scoring against them: The youth of Spurs is holding them back on defense as the opponents shoot around 46% against them. The Spurs give away around 109 points on average. Do note that the Spurs are not a horrible team, it is just that they are too young and play in a tough conference. This is going to be a tough season defensively for the Spurs overall but the youth has shown fight during many games on both ends.

Murray is exceptional: DeJounte Murray leads the team in points, rebounds, assists, and steals, and has the ability to notch triple-doubles. With shooters like Vassell, Walker IV, Mcdermott and White, the team can click from long-range. However, Derrick White has struggled offensively so far, remaining in double-digits during many games. Jakob Poeltl has missed a ton of time and that has hurt the team scoring inside and on the defensive end as well. However, it is time that someone put their hand up to play some gritty defense.

Timberwolves and Spurs are both among the bottom in terms of record and have struggled to win many games. The Spurs have more depth but with no big to protect the paint, the team can struggle holding back Karl Anthony-Towns. Anthony Edwards can also cause trouble on the defensive end. Despite that, you can never predict the outcomes with two struggling teams with precision.

Prediction: Despite playing on the road and without Poeltl, we give the Spurs a chance to eke out a game on road.