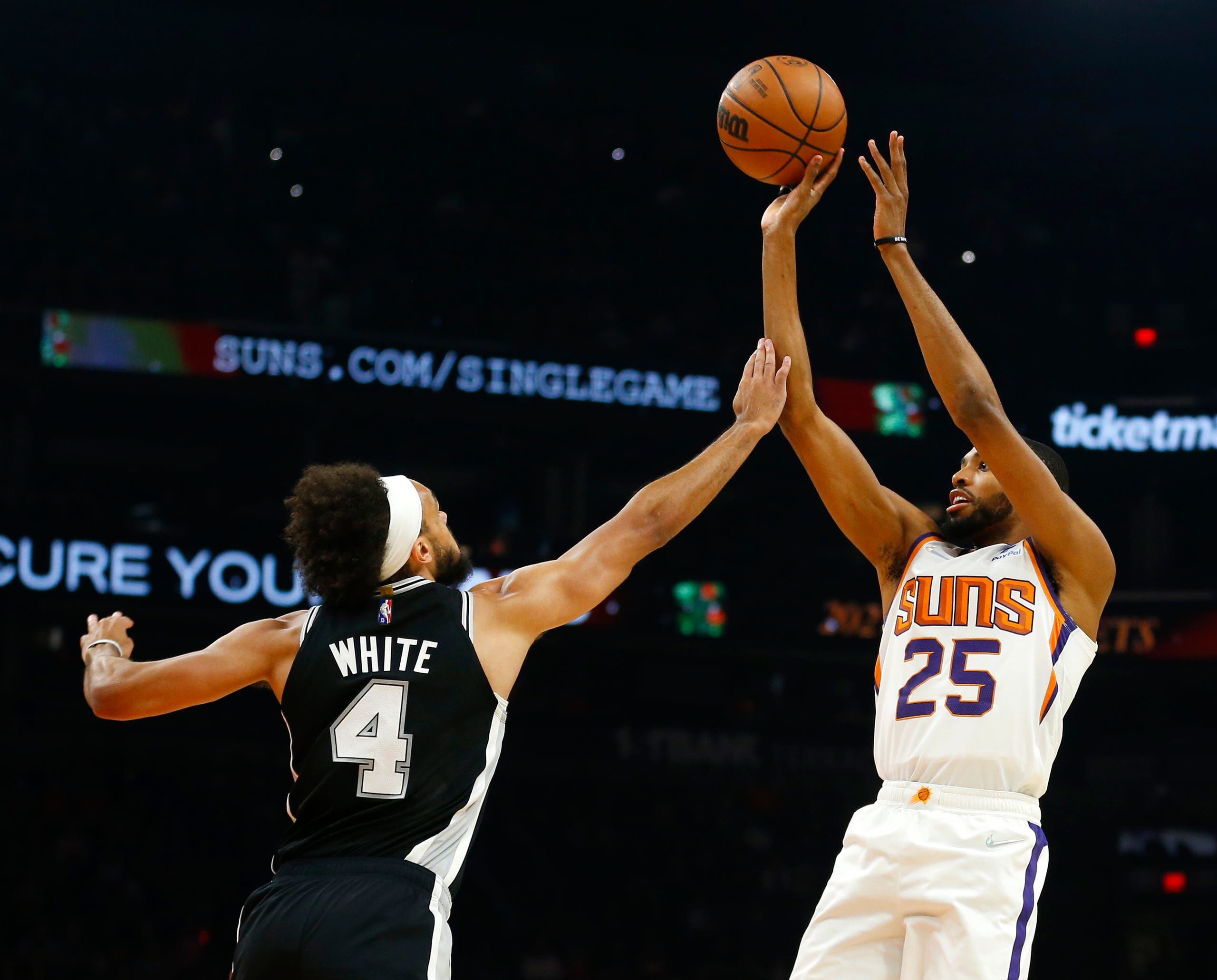 NBA Betting is a beautiful Universe. Why? Well, even if the games are one-sided, often for betting enthusiasts the games go on till the buzzer, which means there is more to the games than just wins and losses. Well, the prediction of totals in itself is a tricky affair, each team plays 82 games and there are numerous score lines that develop over time. And here we are, discussing the affair between the Phoenix Suns and the San Antonio Spurs in the typical Western Conference affair. The Suns have 33 victories and 9 losses, winning six of the last seven games. On the other hand, the Spurs have 16 wins and 27 losses, ending their five-game funk after lodging a win versus the Clippers late in the game. Phoenix has been playing on a high-level and have the best record in the NBA, which indicates that they are on course for a deep Playoffs run. Meanwhile, the Spurs are young, make a lot of mistakes compared to Phoenix, and they will be still happy that a system on the offensive end is at least in place. This is why it is crucial for the young core to eke out some late-game wins and develop some confidence for the long-term dividends. Now, can the Spurs take advantage of the Phoenix team that is coming from an Eastern Conference trip. Can the Suns take a win in this scenario? To know my game total and result prediction, jump to “Expert Betting Tips”.

Suns are a force: Phoenix has played some high-level basketball on both ends of the floor. Suns have been doing a great job in terms of achieving balance. Let us see what they have! Well, when you surround Chris Paul, the best playmaker in the league for a long time with a high-scoring guard, two slashing/shooting wings, and a Center who can run quality pick and roll, you are going to get such results. With Paul-Booker-Bridges-Crowder-Ayton-Payne-Johnson-Smith-McGee-Shamet-Payton, you have three talented wings, four-five high quality guards, two high-yielding Centers and a highly impressive young big Forward or Center, which means that the team can hit the rhythm even when the bench is engaged in an affair. Now, how will the Suns respond in a back-to-back night after a long travel from Detroit?

Spurs’ high quality offense: San Antonio has been getting some amazing play from DeJounte Murray, who can run the offense as well as anyone. He leads the team in scoring, assists, and steals, and is the most complete player in the San Antonio Spurs. Meanwhile, a strong Center like Poeltl can do a lot of stuff that doesn’t show on stat-sheet, grinding inside and also grabbing rebounds. On the other hand, Doug McDermott, Derrick White, Keldon, Lonnie Walker, and Vassell are all quality three-point shooters and can also score in other ways, which means the Spurs have a substantial scoring depth. However, on the defensive end, the team lags behind way too much, and well, they can give away some easy baskets. And one other issue is that when Murray is off the floor, the team loses both quality offense and defense. If the team is able to take the load off Murray, he can be even a bigger contributor on defense. The Spurs have an amazing system, with a high-quality coach like Greg Popovich at the helm and they are surely developing something special in San Antonio.

Points Range: Spurs have been doing a great job on the offensive end this season but yes, lately, their fourth quarter scoring has taken a hit. Now, how will they respond against a team coming from a long road trip and playing on back-to-back night. However, this is the Suns we are talking about, whose very strength is to adjust as per the opposition, and hey, that is why they are the only team not to lose ten games so far. San Antonio can get in the 108-113 range here I feel whereas the Suns will also score 100+ at least. Overall, I think the total points range here is 210-220.

Prediction: Well, the Suns are playing on a top level but the Spurs are going to come guns blazing in this game. I have a strong feeling that this is a game where San Antonio finds their usual groove and dip in some great offensive production. I think the Suns will find it tough against the young team in this and with their full team back, I think they will have a lot of grit here. I see the Spurs turning the tables here and taking this 115:108. This is a bold call so I will take a safe margin in terms of the handicap/spread.