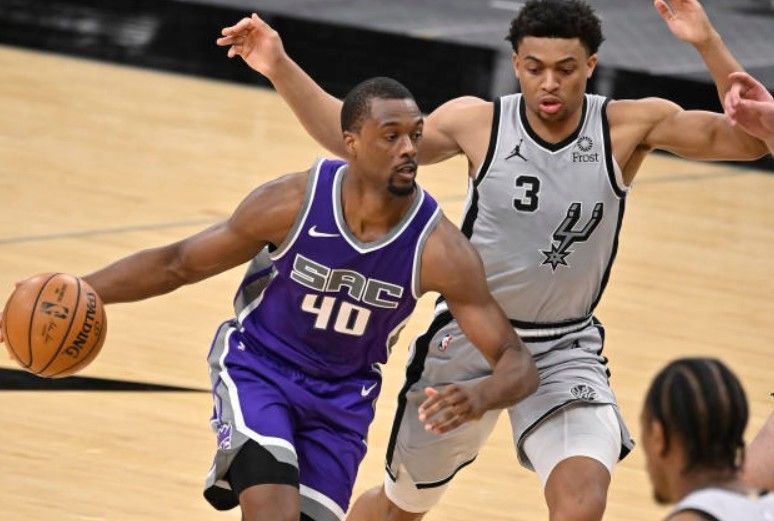 As the NBA inches closer to the Playoffs, alarm bells are ringing for different squads especially the ones vying for the last few Play-in spots. These battles are going to be heated with each day because the time is running out and then there will be no more games left to mount an effective campaign. In the Western Conference, the race for the last few spots is especially exciting in the context of recent developments. With the fall of Lakers and Trail Blazers, both the ninth and tenth spots appear open to different squads in the Conference and that is why it will interesting to see how this race shapes. And here two such contenders in San Antonio Spurs and Sacramento Kings clash against each other.

The Spurs are in a better position to clinch the tenth or even ninth spot than the Kings but with the rise of the Pelicans, their road can become hectic. They lost the last two games but it is understandable when you are facing the East’s best Miami and one of the best teams in the Western Conference in the shape of Grizzlies. The Spurs are young and will need a big run from here to get in the Playoffs fold. On the other hand, the Kings keep on getting far away from sealing the place in the Play-in tournament. They have been struggling to get it going even after acquiring Domantas Sabonis in a trade and the Franchise just can’t ever get to gain some rhythm. As of now, the Spurs, Pelicans, and even the Lakers seem to have a better chance than the Kings to seize the Play-in spots. Can they get something going against the Spurs?

Spurs chances for the Play-in tournament

The Spurs have had one big problem throughout the season and that has been their inability to beat the elite squads in the Association. One of the major reasons for that has been their lack of defense during long stretches and opponents ending up raining shots after shots against them. They have lost three of their last five games, all against top-ranked teams and this has been a concern as mentioned before. For the Spurs, the road is difficult because Pelicans has been on fire recently while the Lakers may be falling but you never know when LeBron carries them to some late wins. Therefore, it is games like this one against the Kings that have even more relevance.

While DeJounte Murray has proven to be one of the best two-way Point Guards and has led all guards in triple-doubles, the Spurs have been too dependent upon them. It was his absence in January due to which the team fell apart and he is the heart and soul. Jakob Poeltl competes hard in the Center position and his contributions as a rebounder, help defender, and inside scorer have been huge. Keldon Johnson and Doug McDermott can hit the outside shots while Lonnie Walker IV has been huge after a lean spell in the middle. However, Devin Vassell will need to pick up his game from here on as the starting guard.

Sacramento made a huge trade and wagered their future when they sent Tyrese Haliburton and Buddy Hield to the Indiana Pacers to get Domantas Sabonis along with Justin Holiday and Jeremy Lamb. If you ask me I don’t like the balance of the starting five for the Kings. I have been saying this for a long and will say it again, the Kings can try De’Aaron Fox and Davion Mitchell as the two starting guards, pair up Holiday and Barnes as two wings while letting Sabonis play the Center position. This is the balance I believe that can work for the Kings with Lyles, DiVincenzo, Lamb coming off the bench. Another idea can be DiVincenzo starting alongside Fox and Mitchell, Lamb, and Lyles forming major minutes off the bench.

It has been the same old issue for the Kings again, their defense keeps on crumbling and the team gives away huge leads. This has been a frustrating trend to watch even after the team acquired a brilliant rebounder and physical player in Sabonis. There is this concern about the starting five changing constantly and then the bench after it looked it will improve with defensive-minded guards in DiVincenzo and Mitchell, has been not coming through. The Kings are probably starting at another non-Playoff season and this must be painful for the fanbase after they had their hopes rekindled with the acquisition of Sabonis.

Taking into account their availability, these are my player-performance predictions:

Points Range: Offensively, the Spurs have been a way better team than the Kings and share the ball at a high clip, being at the top of assists per game for most of the season. Their ability to deploy Murray as the all-around guard helps open up the floor for rest of the unit. The Kings offense has usually lacked such cohesion and the team ends up crumbling especially as they lack quality three-point shooting. Therefore, someone like Davion Mitchell or Justin Holiday will have to be more aggressive or efficient on the offensive side of things. Defensively, both teams have struggled for the most part but the Spurs have a way better team chemistry. I believe the Total Points Range here is 230-240.

Prediction: Kings will come into this game suffering an embarrassing loss to the Pelicans which has been the case for most of the season. Defensively, the Kings have looked rather too vulnerable and keep on losing their way in terms of giving up huge runs. They will be challenged by a potent Spurs offense, a well-coordinated system, run by Greg Popovich. However, I believe they will come up with a much better effort to force a closet game but I see the Spurs ultimately edging them out 122:115.