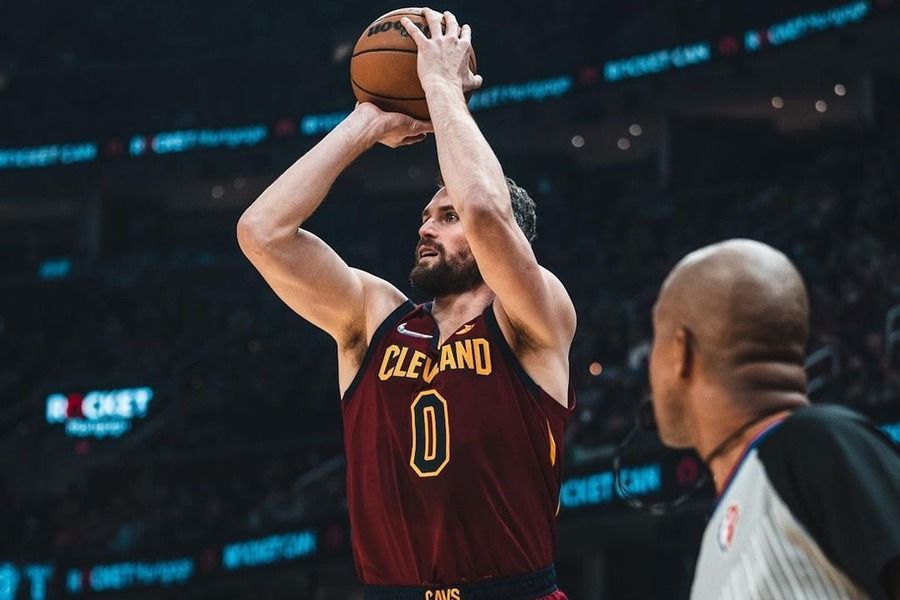 The Eastern Conference is in a frenzy and after the table topper Heat lost two winnable games against short-handed squads, the teams below Miami are licking their lips as the top spot remains wide open. As of now, the Bucks, the 76ers, and the Celtics are in a fierce race and have almost similar records and with even just a few weeks to go, the situation remains unclear to what team can be called a favorite to finish in the top three. The race below that is between the Chicago Bulls, Cleveland Cavaliers, and the Toronto Raptors. A couple of wins and losses can change the complexion of the race as not much separates all these squads. And fittingly, in this game, the Cleveland Cavaliers and the Toronto Raptors will take on each other.

The Cleveland Cavaliers have won 41 and have logged 31 losses while the Toronto Raptors have built 40 wins and 32 losses. If the Raptors win here, they will have a record similar to the Cavs while if the Cavs win this, they will have two more wins and two fewer losses to the Raptors, which makes for a decent distance. This is why this game has high stakes, because if in the end, even if two teams end up with similar records, the team that has the advantage head-to-head will get the edge. However, the Cavaliers have already won the season series (3-0) so in the end, the Raptors will have to finish with a better record than the Cavaliers, which still makes this game important.

What is the benefit of making the top-six? Well, you don’t have to feature in the Play-in tournament whereas a seventh-ranked team, the squad that finishes there may have to potentially face Durant and Irving-led Brooklyn Nets, which makes for a tricky scenario even if you get one more chance against the ninth or ranked team to make the first round of the Playoffs. Finish in the top-six in the Conference and nab a first-round Playoffs berth.

Conversely, the Raptors have a worse home record than their away from the record, losing three in a row there. The thing is that the team has to play eight out of the ten games at home and it means they need to figure out ways to become a better home team. This is a weird terrain because usually when you hear that a team has so many games lined up at their home floor to finish the season, it seems like an automatic victory in most of those games. So, can they get it together there? One thing is for sure, the frontline of Scottie Barnes, Pascal Siakam, Precious Achiuwa, and Chris Boucher is well-built. Barnes and Siakam are terrific all-around defensive players, Achiuwa and Boucher bring tough rebounding and defense in the reserve role. The guard tandem of Fred Van Vleet and Gary Trent Jr. rounds off an effective defensive unit and both these players can also put up a bunch of points.

The Cavaliers are not the same team that they were some months ago. Losing Allen has hurt the team balance, especially on the defensive end, and oh lord, the defense of the Cavaliers has really fallen off. However, they haven’t been terrible by any means, winning three of the last five games but it has been more than five weeks that the team has won three in a row even once. Unlike the Raptors, the Cavaliers have struggled away from home and they have lost six of their last eight games on the road. They have to play half of their next ten games away from home. Still, with Darius Garland running the show as a top-quality scorer and playmaker, the lineup of Markkanen, Mobley, Okoro, Love, LeVert, Osman, and Stevens present a lot of length and athleticism. That is why the Cavs are a force to reckon with as they have improved their offense.

Points Range: Both teams have usually figured in the 110-120 points range quite a bit recently with the Raptors also falling in the 90-100 range very now and then and on average, the Cavs have produced more points on average. However, on the defensive end, the Raptors have been usually more tight-knit these days, showing the potential to hold teams under 110 regularly. Gary Trent is questionable for the game and without him, the pressure defense can be affected for the Raptors. OG Anunoby has also not played in the last few weeks and he surely bolsters both ends of the floor. For the Cavs, the defense is not exactly terrible but it is not as strong as it was around January. I believe this can be a grind-out game with the points range as 210-220.

Prediction: While the Cavaliers are not a stellar squad away from home, the Raptors are also not that clinical at home. However, I believe they will take advantage of the upcoming schedule and produce one of their best efforts at home in recent memory to find some semblance. I believe so because I see the Raptors not reaching their potential and their bench with Achiuwa and Boucher can grow even further even if the other positions’ depth is an Achilles heel. I see the Cavaliers giving a tough fight here but the Raptors ultimately notching a 111:108 win.