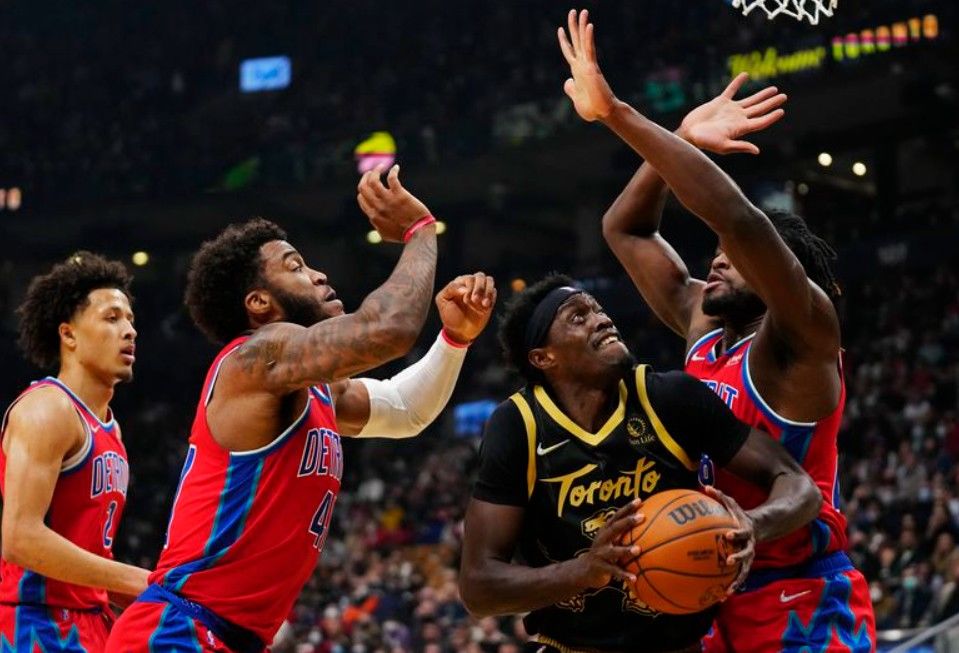 It seems like some teams came into this season with a more defensive-minded style and have risen through the ranks with each month. However, the NBA season is an up-and-down ride and you can win six in a row and lose six in a row during multiple points of the season(as an example). There is this feeling now that with the Playoffs coming close and the inexperienced teams gaining more team chemistry, we can see some favorites being run over time and time again, upsets have indeed grown in frequency. And here we will discuss the game between the Toronto Raptors and the Detroit Pistons.

The Raptors have grown in stature this season and their 34 wins and 27 losses record is a much more improved effort compared to last season. They have won their last two games but there have been concerns as Fred Van Vleet and OG Anunoby both have been injured lately. Toronto’s main five must be exhausted after playing a ton of minutes. On the other hand, the Detroit Pistons have one of the worst records in the league but their intensity has been better recently. They have enjoyed a rare window where they have three out of their last five games including just a three-point loss versus the Wizards. As the team is heading to the lottery, the Pistons can play spoilsport to squads that are hunting for an upper ranking in the Playoffs. Can they upset the rhythm of the Raptors? To know my game total and result prediction, slide to “Expert Betting Tips”. For my player-props prediction, hop over to “Player Performance Prediction”.

Raptors got an easy schedule at the right time

The Raptors had lost four of five games on either side of the All-Star Break so they were in need of a huge boost. The trouble for the Raptors is that their main-five players carry a bulk of the load and play the heaviest minutes in the league. Not only does that increase the risk of injury but it can also build exhaustion. The lack of a strong bench has haunted the team throughout the season and that is why a schedule featuring Nets, Pistons, and Orlando must have surely brought some relief. The team did beat the Nets twice in a row although the second game was too close to comfort and if they manage two more wins then can really solidify their chances to nab the seventh spot in the East as Hawks, Hornets, and Nets keep falling each day.

For a team that has gone on a fourteen and an eight-game losing streak, winning thee out of the last five games is itself an achievement. There is no doubt that the Pistons have shown more fight and with Jerami Grant back after a long injury, their performances have improved on both ends of the floor. They broke the nine-game winning streak of the Celtics, beat the Cavs and Hornets while giving the desperate Wizards a run for their money. Although this season can’t be just seen through the number of wins when it comes to the Pistons, the youth can get some confidence after such an encouraging winning window. If Saddiq Bey, Jerami Grant, and Cade Cunningham start clicking at once, this team can surprise a few opponents.

Points Range: Raptors' offense has been suffering since mid-February and one of the major reasons for that has been Pascal Siakam’s inefficiency during multiple games while Anunoby and Fred also lost their shooting touch along with Trent. Scottie Barnes has improved as an offensive player and with Barnes, Siakam, Trent Jr, Flynn, the Nets have done a decent job in the last two games. The Pistons' offense has been a bit inefficient at times but when Bey and Grant get going, they can go past 110 more often than not whereas the Raptors' defensive balance has been hurt lately. But I see the Raptors holding Pistons below 105 here while scoring 110+. I see the total points range as 210-220.

Prediction: OG Anunoby and Fred Van Vleet are questionable for the Raptors and both are of course a huge part of their success. Thus, if these two don’t end up playing, Pistons stand a big chance of beating the hosts. However, I see Gary Trent and Siakam combining for a big night here and eking out an important win for the Raptors with a scoreline of somewhere around 114:104.