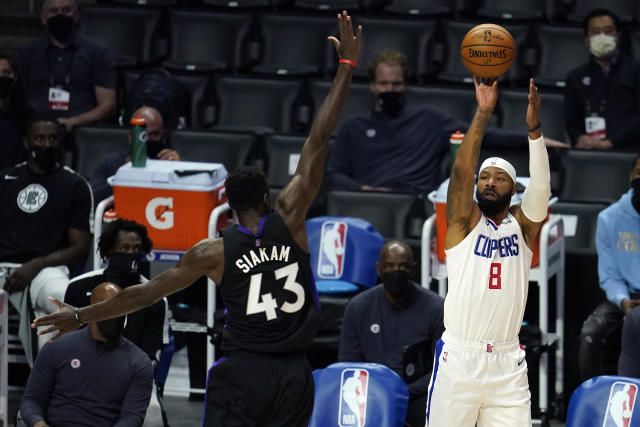 COVID-19 has made matters rough for players, followers of the NBA, different team managements, writers, readers, and whosoever is associated with the League in any capacity. Writing about games these days, there is a huge void left as major superstars are missing, and doing analysis has certainly been tricky in this uncertain environment. Anyway, in this game, the Canadian franchise Toronto Raptors will square off against one of the LA teams in the Los Angeles Clippers. Raptors have seen three of their games postponed this month but finally have some of their starters back to press the matters. Meanwhile, the Clippers have been missing their key players for a long time and the starters these days are the back-ups off the bench. Can the Clippers eke one out against the Raptors despite being short-handed? For some quick notes, go to “Notes”. For my game result and total prediction, hop to “Expert Betting Tips”.

Clippers’ experience: Clippers have played without their two-way superstar Kawhi Leonard all season long, now their top scorer Paul George is out for weeks, meanwhile, their second-highest scorer in Reggie Jackson is questionable for this game, having missed a ton of games before. The LA Clippers are running short of weapons but Bledsoe and Morris, the two veterans, showed in the last game how much experience can make a difference. With Zubac also placed in protocols, Ibaka will have to slate in as the Center. Clippers have Mann, Kennard, Morris, Bledsoe, Winslow, Moon, Coffey, Johnson, Ennis III at their disposal, and if Reggie Jackson returns, it boosts both the scoring and playmaking front. Still, this Clipper shas shown a lot of fight on the defensive end and has kept on battling despite being so short-handed.

Raptors getting back players: As stated above, Raptors have had three of their games postponed but during this week, they have seen some of their players return. OG Anunoby has been cleared for this game and his 20+ points production certainly helps the matter. Siakam and Boucher, the two frontline players, showed a lot of fight in the loss against the Sixers. Meanwhile, Gary Trent Jr. at guard has been a 15+ points scorer but may need some time to get his conditioning back. Reserve Forward Yuta Watanabe has shown a versatile skill set in his starting role and the Raptors can count on the rebounding of Precious Achiuwa when he returns. Overall, if Anunoby returns, then the team can have a decent roster that can give the short-handed Clippers a lot of trouble.

Points Range: Ah, well, the COVID-19 havoc has made guessing totals a lot of hassle. The Celtics have not scored more than 108 since their main guns like Jackson and George are down and yes, they have scored 100 or less in two of the last three games. On the other hand, Siakam, Boucher, and Gary Trent Jr. give the Raptors three superb offensive options; meanwhile , if Anunoby returns, it will be a massive boost too. For me, the Celtics can have trouble going for around 105 points and Reggie Jackson’s conditioning can be questionable even if he returns here. Can Marcus Morris have another big game this season? I believe the points range here is 202-212.

Prediction: Don’t underestimate the Clippers! They have won two without George and Jackson in the fray, whereas Morrisn and Bledsoe have raised their levels significantly this month. On the other hand, the Raptors showed a lot of fight against the full-strength 76ers team in the last contest and will be in business if three-four of their starters are in the mix. This can be a surprisingly close contest but I pick the home team Raptors here to win 107:102.