Toronto Raptors vs Milwaukee Bucks: Raptors are getting desperate for wins 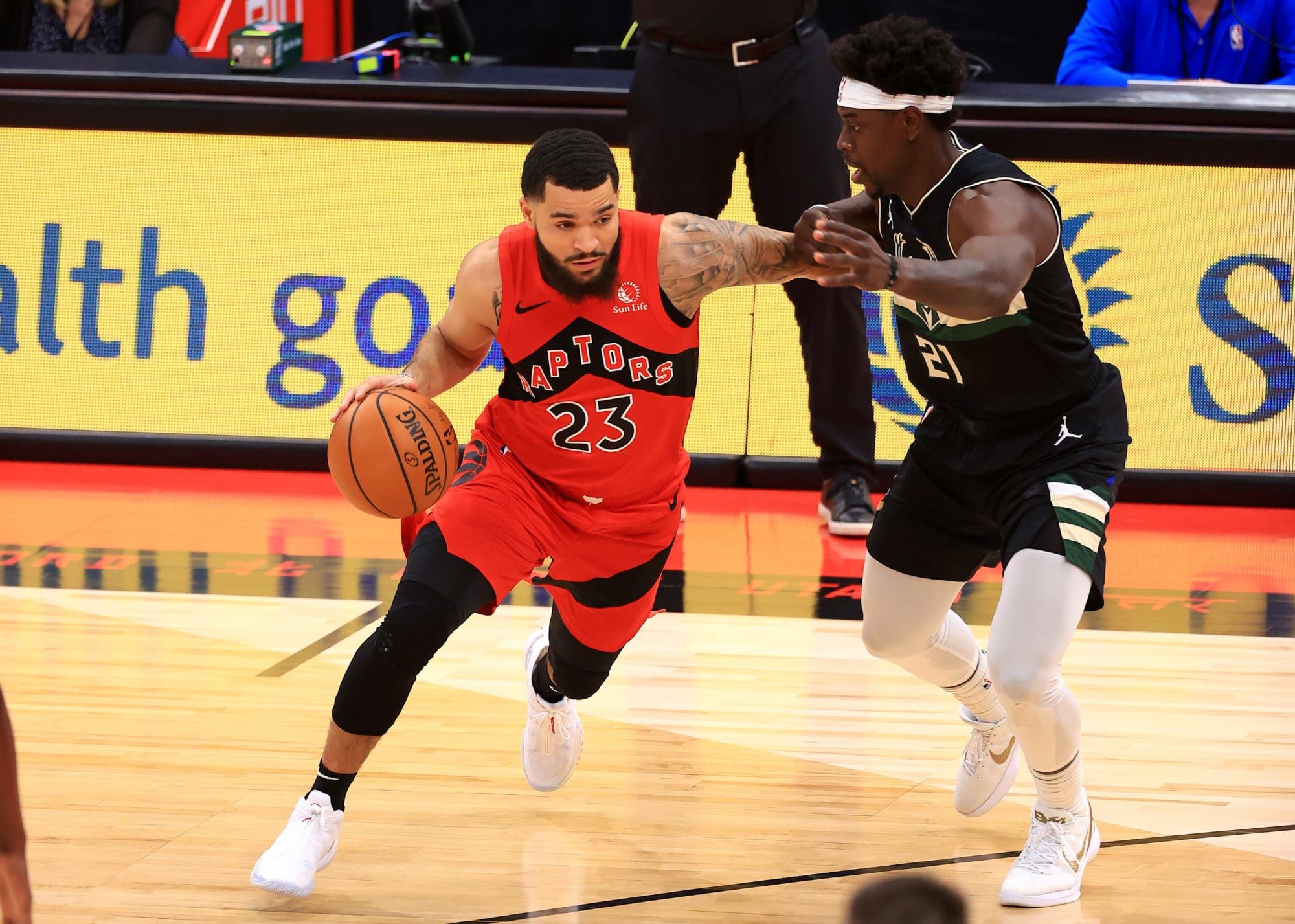 All of a sudden, the injury graph in the NBA has hit alarming levels. A lot of star players have been sidelined right now, the list includes LeBron James, Damian Lillard, etc. For the Toronto Raptors, their primetime scorer OG Anunony, while Bucks have their all-star trio of Holiday, Middleton, and Antetokounmpo intact. Raptors have won 9 and lost 13 games so far while Milwaukee Bucks have won 14 games and lost eight so far. To have a quick look at the main pointers, go to “Notes”, for a deep dive into Total Points, go to “Expert Betting Tips”.

Milwaukee Bucks: Can you stop them now?

Bucks are deep: Milwaukee is deep. One of the cases for that is Donte DiVincenzo who played a huge part for the last year as a defender, 10-15 points scorer, and also as a rebounder has been out many months but they have won a championship in that window while they are on an eight-game winning roll right now. Connaughton has become even better while offseason signing Grayson Allen has been having an impact with his 12-16 points each game consistently. The Bucks also lost Brook Lopez but Portis has provided 15 points or so and 10 rebounds consistently. Milwaukee is deep and their role players are their strength too.

Length, Length, Length: Giannis at 7 ft tall is perhaps the biggest difference-maker for the Bucks. He has qualities of a classic Center/Power Forward while his speed and speed on the cuts resemble that of a wing. Basically, Antetokounmpo is a hybrid better the big and wing position who has thrived in the three-ball centric era. With Middleton, you get two-way output, Bobby Portis provides great coverage with his long frame while all defenders usually have quick footspeed. Bucks have surrounded Giannis with knockdown shooters so that the inside area is open and he can use his length to finish over single coverage inside.

Toronto Raptors: They have lost their zip

Big-time struggles on offense: Raptors have scored 91-98 points in the last three games which are way below the league average. Toronto has been struggling from the field and looks like there is unclarity over who must close out games. With Anunoby out, the team has reeled in terms of scoring, and to be honest, when the game begins, you tend to not give them a chance these days. The team has lost three in a row and they have their offense to blame here. The team has shot below 44% and is eighth-worst in the league,

Bench woes: It’s not like there is no scoring. Of course, Anunoby’s absence means missing a 20-point scorer but they can deploy Fred Van Vleet, Siakam, and Trent Jr. on the offensive end. These three can fetch 50-60 points regularly. But the trouble is that the bench scoring has been an issue all season long, there is no bench player who can give 10-15 points. Their opponents in this game have had the luxury in the form of Portis and Connaughton. Can the Raptors perhaps give Yuta Watanabe more playing time, he did play 29 minutes last game. Overall, the bench scoring and minutes is an issue and the starters are left to do major lifting.

Raptors are struggling offensively and that is not a great sign against a team like the Bucks which has dipped in 115+ points on a regular basis. The bench depth is special for the Bucks while it is just reverse for the Raptors. Can Van Vleet has a big game here? Can Siakam go on a roll? Or will the Bucks just brush them off like they are doing to many teams.

If we take recent trends into the account then Bucks have shown they can get 110-120 comfortably while the Raptors have scored in the 90-100 range. The Total, in the end, remains guesswork because it has ballooned up as much as Over 250 in the case of Bucks games while at times it has been 220-240, a different day, a different game which is true for all NBA games. I pick the range of 210-225 and the scoreline to read something like 120:103 to read in Bucks favor.