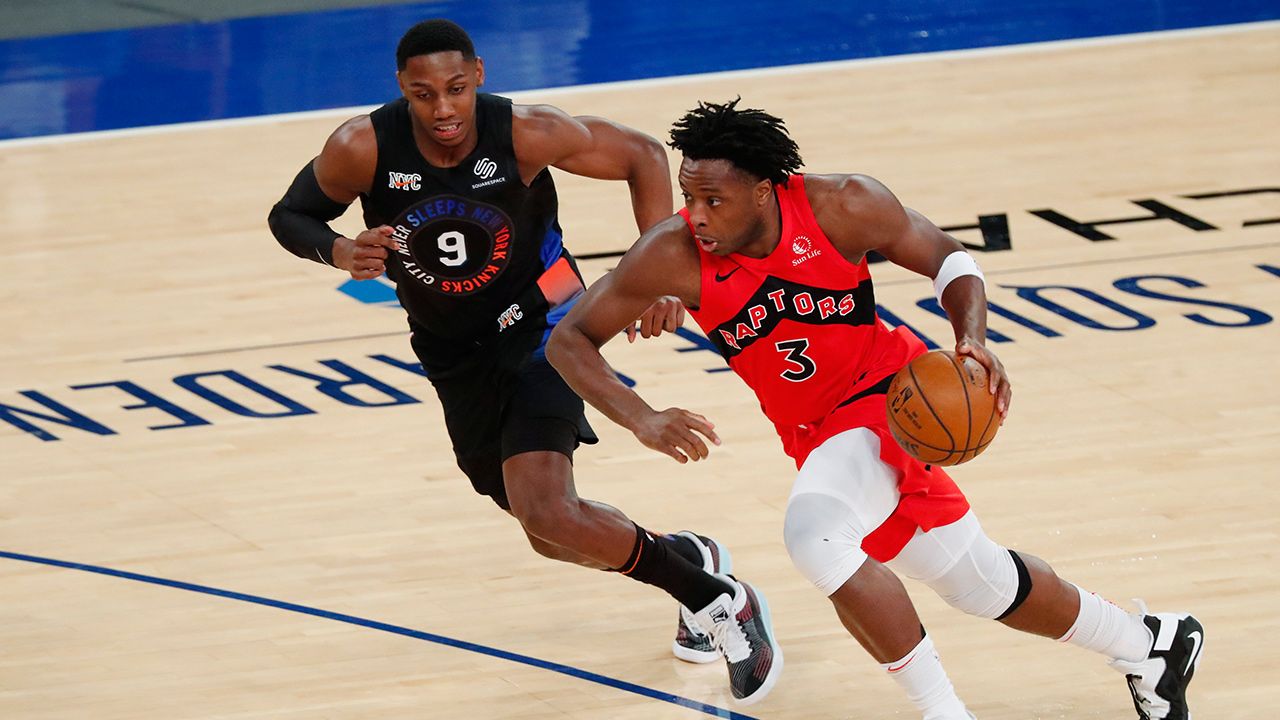 COVID-19 surge has made sure that the NBA world is in its flames at all times and athletes, officials, management, and different people associated with the league have had to cope with a difficult period yet again. Still, this has become the everyday reality of the NBA has now relaxed its quarantine rules and the model to sign players on ten-day deals has paid dividends. What does this imply? It implies that the league is now ready to weather the storm and will host most of its games no matter what. And that is why we are discussing the game between the Toronto Raptors and New York Knicks in this Eastern Conference affair. The Raptors have gotten their major players back and won their last game against the Clippers and the Knicks lost their last game against the Thunder. Can the fit-again Raptors down the inconsistent Knicks? For my game total and result prediction, go to “Expert Betting Tips”.

Knicks’ major problems, Raptors have their stars back

Knicks can struggle without Randle: Now with one of their main inside players out, the New York Knicks are going to struggle to generate some quality offensive production. The trouble is that with the main options right now in RJ Barrett, Alec Burks, and Evan Fournier, the team will heavily rely upon perimeter shooting. Obi Toppin, Immanuel Quickley, and Miles McBride are also guards, and this Knicks team has a serious lack of length as well as players who can get inside and finish hard at the rim. In the last game against the Thunder, this shortcoming hurt them team as the Knicks could only score 80 points. This is why someone like Taj Gibson will have to get something going inside or the offensive end from the Knicks standpoint will continue to be predictable.

Raptors can be formidable: With Van Vleet and Gary Trent back, the team has its two 15+ points scoring guards back while another off-guard/wing in OG Anunoby can get around 18-23 points once he gets his conditioning back. Pascal Siakam is a superb big Forward/Center who has some superb handles and a knack for scoring around 20 a game. Meanwhile, Chris Boucher has played his best basketball recently after being a tad underwhelming earlier in the season. Precious can get big on boards while rookie Scottie Barnes, who will also make a return brings an all-around package. Perhaps some experience as a starter can help Yuta Watanabe in getting a more reliable production on offense as the Raptors will like to build something special with their current unit that has quite a lot of versatility.

Points Range: Well, with the way they are playing, expecting the Knicks to do well without Julius Randle can be too much of an ask. They have done well against short-handed squads recently but if the Raptors have the team as discussed above, they can be effective on offense against the weakened defense of the Knicks. I believe if Siakam, Gary Trent, Anunoby, Van Vleet, Barnes, and Boucher, get it together, the Raptors can put up at least 105 or so. For the Knicks, I believe with the way they played in the last game, they can have trouble getting past the 100 points mark. This is where someone like Obi Toppin or Immanuel Quickley will have to put the hand up and ramp up the much-needed scoring production. However, if the Knicks show more grit on defense with a lot of athletic bodies around, they can seal the Raptors below 105, but I don’t see that happening here. Overall, the total points range looks like 204-214.

Prediction: The Knicks have too many guards, the Raptors have a lot of big bodies, it means two things, one, that the Knicks can have trouble getting rebounds, secondly, the Raptors can have edge inside the paint. This means that Taj Gibson plays an important role in the middle as Noel and Robinson are most likely to miss the doubt. RJ can use his athleticism to get offensive boards but the Raptors have some more than decent box-out players who can use their size to get around the Knicks rebounders, this is for me the biggest issue when you have too many guards, you can beat on the rebounding end quite a bit in this case. I believe the Raptors can negate the athletic nature of the Knicks by using their savvy scorers such as Van Vleet and Siakam, both well-adept at breaking open the lanes for others. This is why I believe the Raptors have an edge playing at home. I think they will take this 107:96.