Content
To top
1.
Raptors can be even better, Trail Blazers still has a lot of ground to cover
2.
Expert Betting Tips
3.
Betting Odds
Users' Choice
12 200 USD 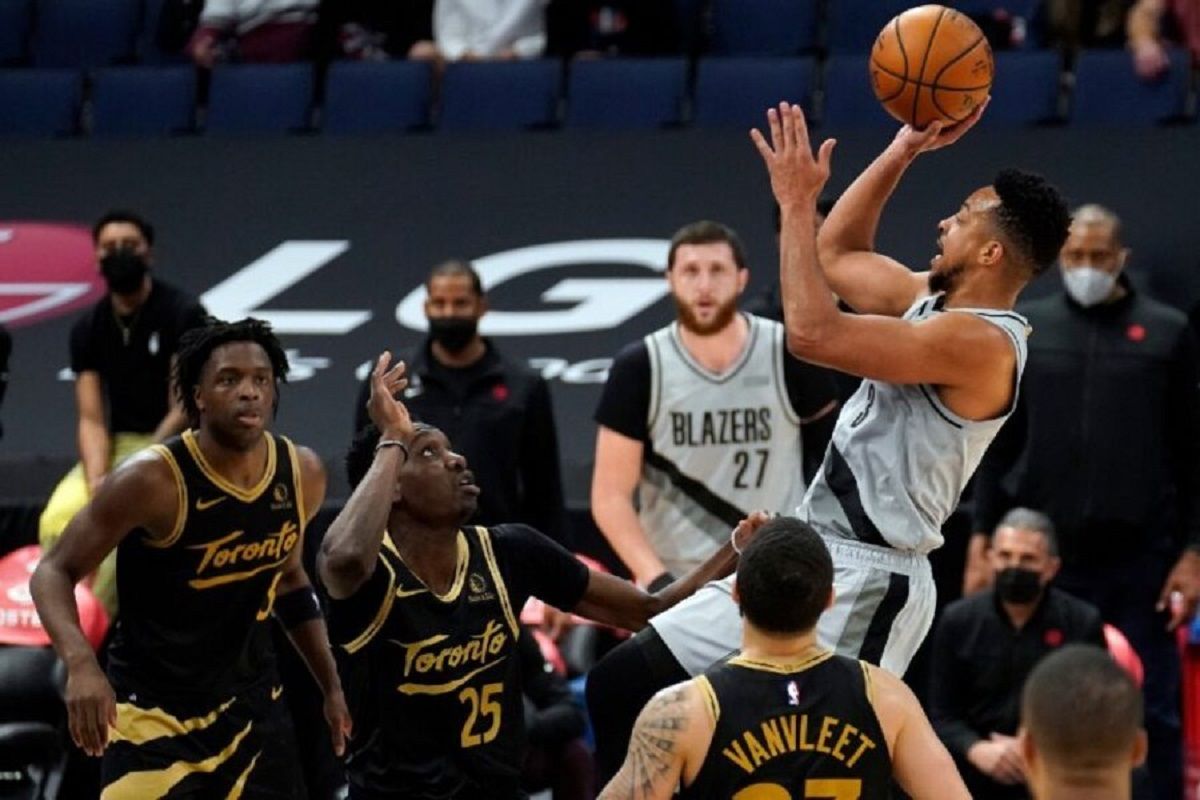 NBA betting has become even tougher(as if it wasn’t tough before). The scoring has gone down compared to prior month and yes, that is understandable since exhaustion builds up as the season progresses. Still, some teams set-up a rhythm at the start of the season and build certain habits that keep on influencing the way they play. The betting scene is obviously affected by the ways these teams set up certain precedents and still, we can make some accurate guesses, using the odds released by various bookmakers who do a wonderful job of portraying the statistical picture. Anyway, in this game, the Toronto Raptors will host the Portland Trail Blazers in an inter-conference affair.

The Raptors have looked like a Playoff squad and have done a wonderful job on the defensive end. The team has won 22 games and has 21 losses but has lost four of the last six games, beating Wizards 109:105 during the last game. On the other hand, the Trail Blazers, just like last season, have struggled to compile a strong record, with 19 wins and 26 losses at the time of writing. They have rather done well recently, winning five of their last seven games. Toronto has been struggling to close out games and have lacked bench depth while the Trail Blazers have been without Damian Lillard for a decent amount of time but have played some strong ball recently. Can Portland inject more energy to their campaign? For my game total and result prediction, go to “Expert Betting Tips”.

Raptors can be even better, Trail Blazers still has a lot of ground to cover

Toronto needs to close out games, they need a strong bench

Raptors have lost three of their last four games with a difference of five or less, often taking the game deep into the fourth quarter. One of the reasons why the team is unable to expand leads is due to the lack of bench depth especially at the wing and guards position. One other reason for the team losing those games was the absence of Gary Trent Jr. because even if he is shooting inconsistently, he helps take the load off the primary Fred Van Vleet, who can relatively remain fresh during the close moments. The Raptors still need to bolster their bench because as the starters play around 35-40 minutes each game regularly, they can build further exhaustion.

What do they have to offer? While VanVleet isn’t scoring 30 or more compared to earlier in the season, he still helps the team as the primary playmaker, ball handler and closer. Siakam continues to be a formidable all-around big Forward, scoring around 20 or so regularly. OG Anunoby provides a lift as the wing who can score in isolation situations and take the load off Siakam and Van Vleet. Scottie Barnes is an exciting rookie who has improved the team defensively this season and is an all-around threat as well. Gary Trent has been struggling in terms of shooting but he still plays a vital role as stated earlier Chris Boucher and Precious Achiuwa are strong rebounders off the bench but again, the bench brings low scoring turnouts.

Trail Blazers have been playing tough these days

Portland has won five of the last seven games and they have beaten three teams whose record is better than them. One of the reasons for the uptick in the wins has been the play of Anfernee Simons, who has been playing as the starting guard with Lillard absent from the scene. But I think it is the play of Jusuf Nurkic that has been the real difference-maker as he has played his best basketball recently compared to the rest of the season. Jusuf has increased his scoring range from 10-14 to 18-23 recently while grabbing 14 or more boards regularly.

Nasir Little has also done well in terms of picking up his offensive production from time to time but a huge relief on the offensive end has been the comeback of CJ McCollum who has given the team a high-yielding isolation option. Robert Covington has helped the matters too with his rebounding, defense, and decent shooting. The bench strength is not up-to-the-mark but McLemore gives a scoring punch in the bench role nonetheless. Overall, yes, I think Portland has done well but I have a doubt that they can sustain the current 5-2 win window as the oppositions figure out the game plan.

Points Range: The Toronto Raptors have usually scored in the 95-102 range mostly during the second week but I don’t think that is the limit. The team scored 109 in the last game versus the Wizards and that is a welcoming sign for the team as a whole. I believe that the Raptors can fare in the 106-112 range at least and despite their thin bench if the current core of Siakam, Van Vleet, Trent Jr., Barnes, Anunoby, Boucher, Achiuwa sticks around with fewer injuries then they can make a better offensive push. On the other hand, the Trail Blazers have had similar troubles on the offense like Raptors but yes, with CJ back, that aspect can be addressed. However, the Raptors can play some tough defense and even high-scoring teams like Suns have had trouble putting up major points against them. Meanwhile the Trail Blazers’ defense is nearly not as aggressive as Raptors. I believe the Raptors will cross 105 here while Trail Blazers will go past 100 but not stretch it too far. I think the Points Range here is 210-220.

Prediction: The Raptors have been playing some physical brand of basketball, they have multiple all-around players, isolation options, and tough defenders. However, the Raptors’ lack of bench has been also holding them back. The Trail Blazers can have some trouble putting together big runs or scoring on multiple possessions here. On the other hand, the Raptors can take advantage of some so-so- perimeter defense of the Trail Blazers here and break the game wide open. I believe Portland will come with a fierce effort but perhaps lose their way late in the second quarter or in the third period. I take the Raptors to win this 111:102.