Toronto vs Atlanta: The Hawks depend too much on Young 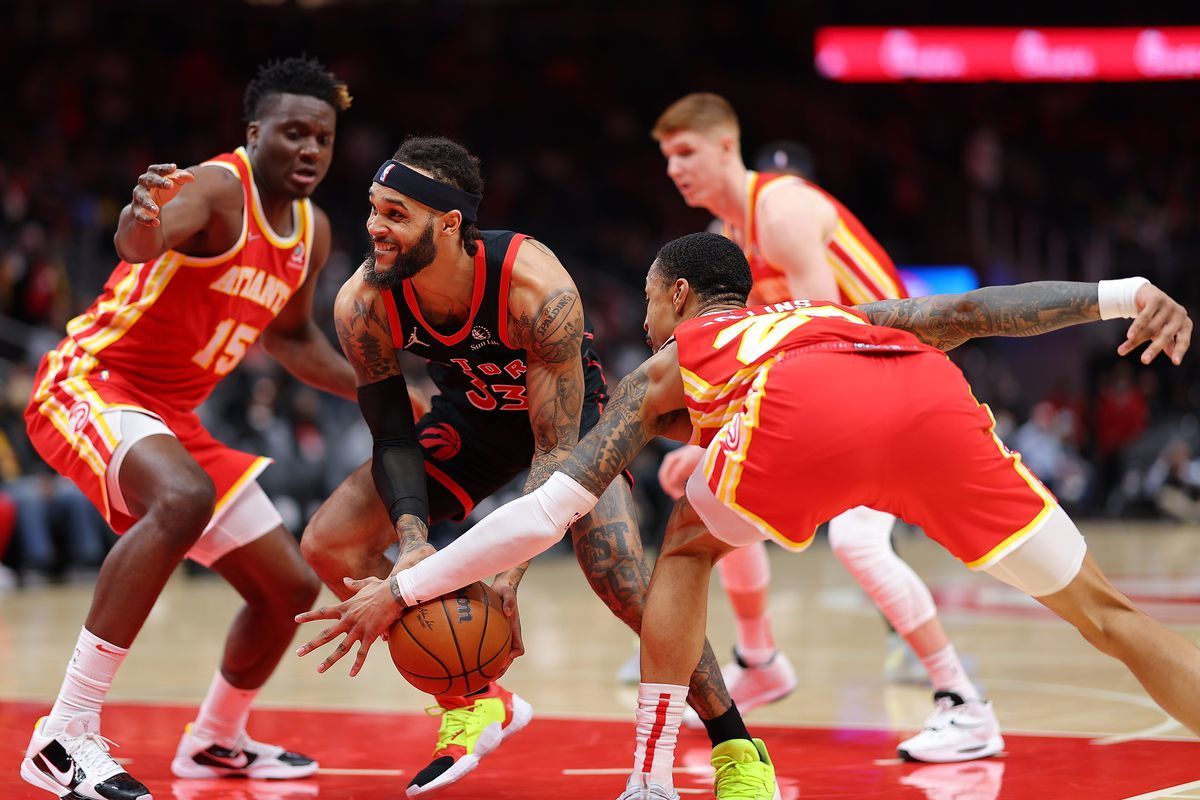 In another NBA regular season game, Toronto will face Atlanta at home. A win for both teams is extremely important. The Raptors want to solidify their place in the top-6, and the Hawks need to keep their 8th place in the East. Who will come closer to their goal at the end of the game?

Pascal Siakam returned to stardom in the 2nd half of the season to become Toronto’s full-time leader, and that has been the main reason for the Canadian club’s meteoric rise. The Raptors are now 5th in the East and are highly likely to make the playoffs directly. Well, Siakam’s stats in the last month are staggering: 25.3 points, 8.1 rebounds and 5.5 assists on 51.2% shooting from the field. That said, Toronto often plays isolation, and it is the Cameroonian forward who leads the club in this type of attack. The good news right now is that the Raptors have more or less dealt with injuries. Only Yuta Watanabe is unavoidable, and OG Anunoby is questionable.

Toronto snapped their five-game winning streak the day before, with a 109-114 home loss to Miami. Anunoby wasn’t on the floor at the time, while Pascal Siakam, Fred VanVleet, Scottie Barnes and Gary Trent Jr. combined for 96 points. There really wasn’t enough support from the bench, and the starting five could have made better shots from beyond the arc. In the end, only 12 of the Raptors’ 39 three-point attempts made were successful, which may be the main reason the Canadians lost.

The Hawks won their last 5 regular season games, moving up to 8th place in the Eastern Conference. The Hawks can now ease themselves into the playoff net, but to do so they need to keep ahead of Brooklyn. Atlanta is now 1 win ahead of their main rival, with a 122-115 win over the Nets the day before. Trae Young recorded a double-double of 36 points and 10 assists, a statistic that has become customary for the young playmaker of late. In addition, the team is winning despite injury concerns: John Collins remains in the sideline, while Bogdan Bogdanovic is getting less playing time because of a knee problem. Bogdanovic’s participation is now in doubt, and Danilo Gallinari might not play either.

Atlanta have scored over 120 points in 5 games in a row, but against Toronto it will be more difficult to extend the series. A lot, though, will depend on the participation of Anunoby, who should be a single-digit strengthening of the Raptors’ defense. The home team came close to defeating one of the leaders in the East, Miami, the day before. Now they need to get better from beyond the arc, and the likes of VanVleet and Trent can add. The Hawks rely heavily on Young and won’t give him much room to maneuver from beyond the arc, and it will be difficult to attack from the paint in the absence of Collins. I suggest betting on the following outcomes: